According to relevant media reports, Foxconn Zhengzhou launched the "anti epidemic return incentive award", which is aimed at idpbg Zhengzhou staff (excluding sunshine workshop), with a reward of 3000 yuan per person. The reward policy also explains the return time, attendance requirements and reward distribution time.Foxconn plans to resume 50% of its production in mainland China by the end of February, and plans to continue to do so to 80% in March, sources said this week. 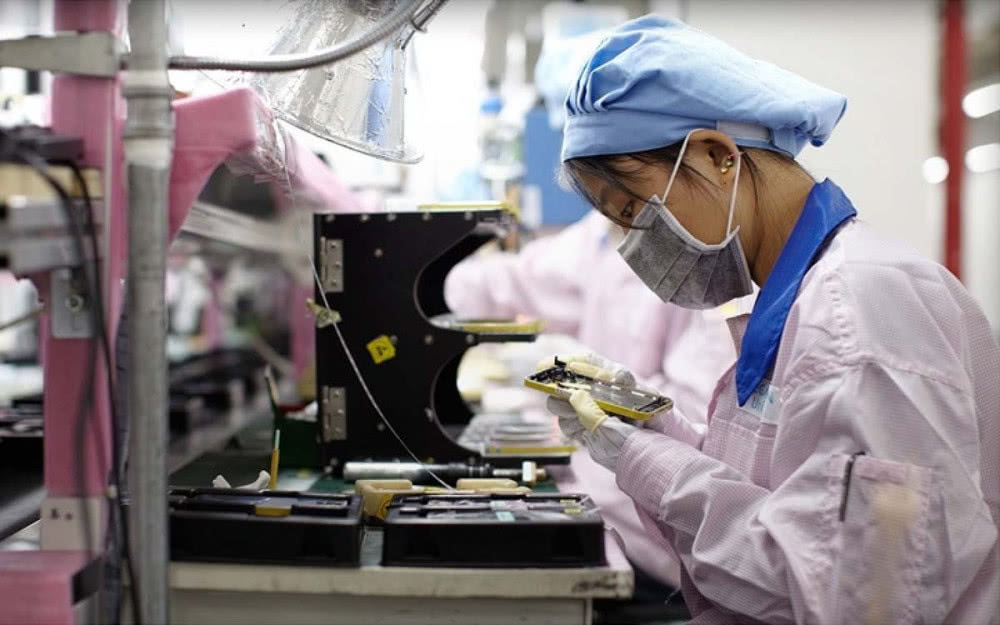 Foxconn has taken preventive measures to keep workers safe: all factory workers must wear masks, conduct temperature tests, etc., and its zhengzhou plant returned to work on a small scale on february 10th, after several communications with authorities, but its capacity is low.

Foxconn is still fighting for a time to resume production at its Shenzhen plant, according to people familiar with the matter, on the premise that workers can work safely.

Foxconn has put its Zhengzhou plant back to work on February 10, but the return rate is about 40 – 60%, according to the industry chain. For Foxconn, it's crucial that their Zhengzhou plant returns to work in the first place, as 90% of the world'sIPhoneIt's all from here.

Related news
Foxconn Zhengzhou factory launched the "anti epidemic return incentive award" with a reward of 3000 yuan per person
Foxconn intensify efforts to encourage employees to return to work
To protect iPhone capacity Zhengzhou Foxconn Rewards Reworkers:3000 Yuan Per Person
In order to resume Foxconn's "big move": the reward for new employees is more than 7000 yuan
Worked hard for iPhone: Foxconn hired Zhong Nanshan as general consultant to recruit new employees with the highest prize of 7000 yuan per person
How about Zhengzhou Foxconn returning to work? 70000-80000 employees in peak season, only 5000 employees in business department
Top all-time bonus: Foxconn's return rate is only a tenth of iPhone's severe setback
Why is Foxconn still not fully back to work
Hot news this week
||||||||
Celebrating Hubble's 30-year launch of NASA's "birthday universe" special page
Twitter is a good product, but its shareholders don't have to
865 Jiachi Meizu 17 access: support 30W fast charging
HuaweiP40 release: with HMS hard-core google, no price increase to grab the global high-end machine market
More than 60000 original articles are protected every day, and Tencent's "zhixinlian" helps the author of penguin to protect his rights
Awesome China scholar! The latest paper on the cover of Science: how the new coronavirus invades cells
Lenovo into Luo Yonghao's first collaborators? Insiders: not settled in contact
Xiaomi 10 / 10 Pro mobile phone goes out to sea: Show crooked nuts what the earth looks like under 100 million pixels
Is telecommuting inefficient? The father of Linux has five experiences
The most popular news this week
One plus eight system weighs less than 200g, which is cheaper than Samsung S20
Rising number of new diagnoses of Samsung's key chip factories in South Korea, the United States and Brazil
How Microsoft polished the new version of Edge scrolling feature (Figure)
HuaweiP40 there are still American chips, there is a long way to go
P40 first! Huawei mobile phone new function exposure: mobile phone can be used as microphone
2020 iPhone se will launch three colors: red, white and black
Performance up to three times better than NVIDIA T4! Baidu Kunlun AI chip further demonstrates the application of "killer mace"
This year's sales will plummet by 240 million! Global mobile phone market in the winter of 10 years
Tesla's share price jumped 17% after it announced delivery of 88000 vehicles in the first quarter
The number of novel coronavirus pneumonia cases is over 1 million. The US has confirmed more than 235 thousand cases.