It is reported that Gan (gallium nitride) is a new semiconductor material, which is widely used in aerospace, military and other fields, with super heat transfer efficiency, high temperature resistance, acid and alkali resistance.

In terms of charger, it can achieve small volume and light weight, and has more advantages in charging efficiency conversion than the same power charger (non GaN).

Official introduction,With the help of the new semiconductor material gallium nitride, the volume of millet Gan charger 65W is about 48% smaller than the standard adapter of millet notebook, which can be easily put into the pocket.

And it supports all iPhones, with a maximum charging speed of about 50%. According to official tests, when the 65W xiaomigan charger charges the iPhone 11, the charging speed is about 50% faster than the original 5W charger.

In addition, the output power of 65W usb-c interface of xiaomigan charger is 65W max,It can charge the new MacBook Pro, Xiaomi notebook and other high-power equipment. 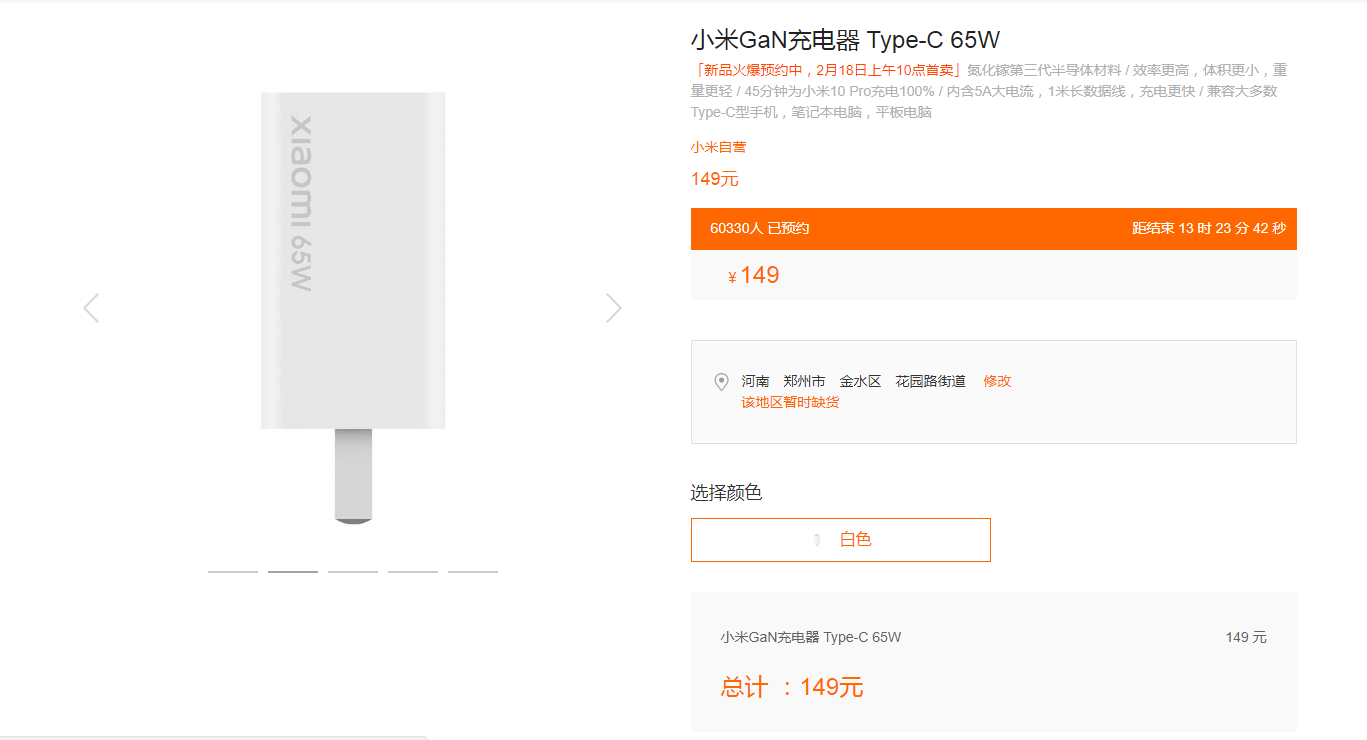