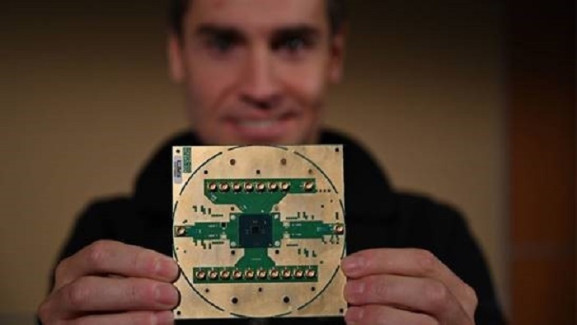 In this paper, Intel Labs and qutech researchers summarized the technical functions of the new low temperature quantum control chip.

In order to operate well at low temperature, a scalable SOC is designed to simplify the control electronics and interconnection needed for the expansion and operation of large quantum computing systems.

It is reported that horse ridge solves the basic challenges of building a quantum system that can prove quantum practicability - scalability, flexibility, and fidelity.

The challenge of quantum computing is that it can only work at temperatures close to freezing, but Intel is trying to change that.

The control chip is an important step for the realization of control at very low temperature, because it can adapt to the refrigerator with quantum computer and avoid the trouble of hundreds of cables.

At present, quantum researchers are using a small customized design system based on complex control and interconnection mechanism to deal with a small amount of qubit, but Intel's horse ridge greatly solves this complexity.

Jim Clarke, director of quantum hardware at Intel Labs, said in a statement that to build a practical quantum computing system, you need to expand the quantum bits to thousands.

Intel is pushing quantum computing toward practical business, and has made continuous progress. 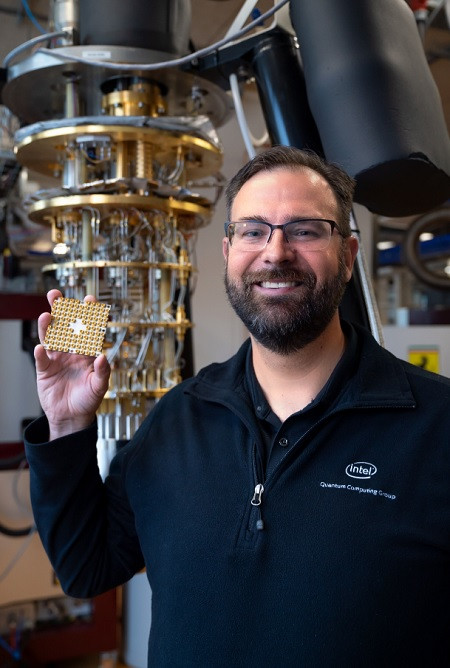 With the help of frequency division multiplexing, each channel can control up to 32 qubits. This technology divides the available total bandwidth into a series of non overlapping bands, each band can carry a separate signal.

With these four channels, horse ridge enables a single device to control up to 128 qubits, greatly reducing the number of cables and rack instruments previously required.

(2) Fidelity: the increase of the number of qubits will lead to other problems related to the capacity and operation of quantum system, especially the degradation of fidelity and performance.

During the development of horse ridge, Intel optimized multiplexing technology to allow the system to scale and reduce errors caused by phase shift.

When many qubits are controlled at different frequencies, this phenomenon will occur, resulting in crosstalk between qubits.

Engineers can adjust various frequencies used by the chip with high precision, so that the quantum system can adapt to and automatically correct the phase shift of multiple qubits controlled by the same RF line, so as to improve the fidelity of the qubit gate.

(3) Flexibility: Horse ridge can cover a wide frequency range, so as to control the superconducting qubits (transmons) and spin qubits (spin qubits).

Transmon usually runs at around 6-7 GHz, while spin qubits is around 13-20 GHz.

Intel is working on spin qubits that can run at 1 kelvin, paving the way for integrating silicon spin qubits and the low-temperature control components of horse ridge.

As a result, the company is able to build a unique solution that incorporates quantum bits and related controls in a streamlined package.

It is reported that Intel and qutech plan to publish papers on this topic at the ISSCC meeting on Tuesday afternoon (13:30 p.m.) Pacific time.