New tweets and old tweets can also be linked together

According to foreign media reports,Twitter is launching a new feature that could string multiple tweets together in a much easier way. The social media company released the feature on the afternoon of February 19 local time. Now, when a user writes a new tweet, he can view the previous tweet by sliding up. When he selects an old tweet, he will see the "continue thread" button. 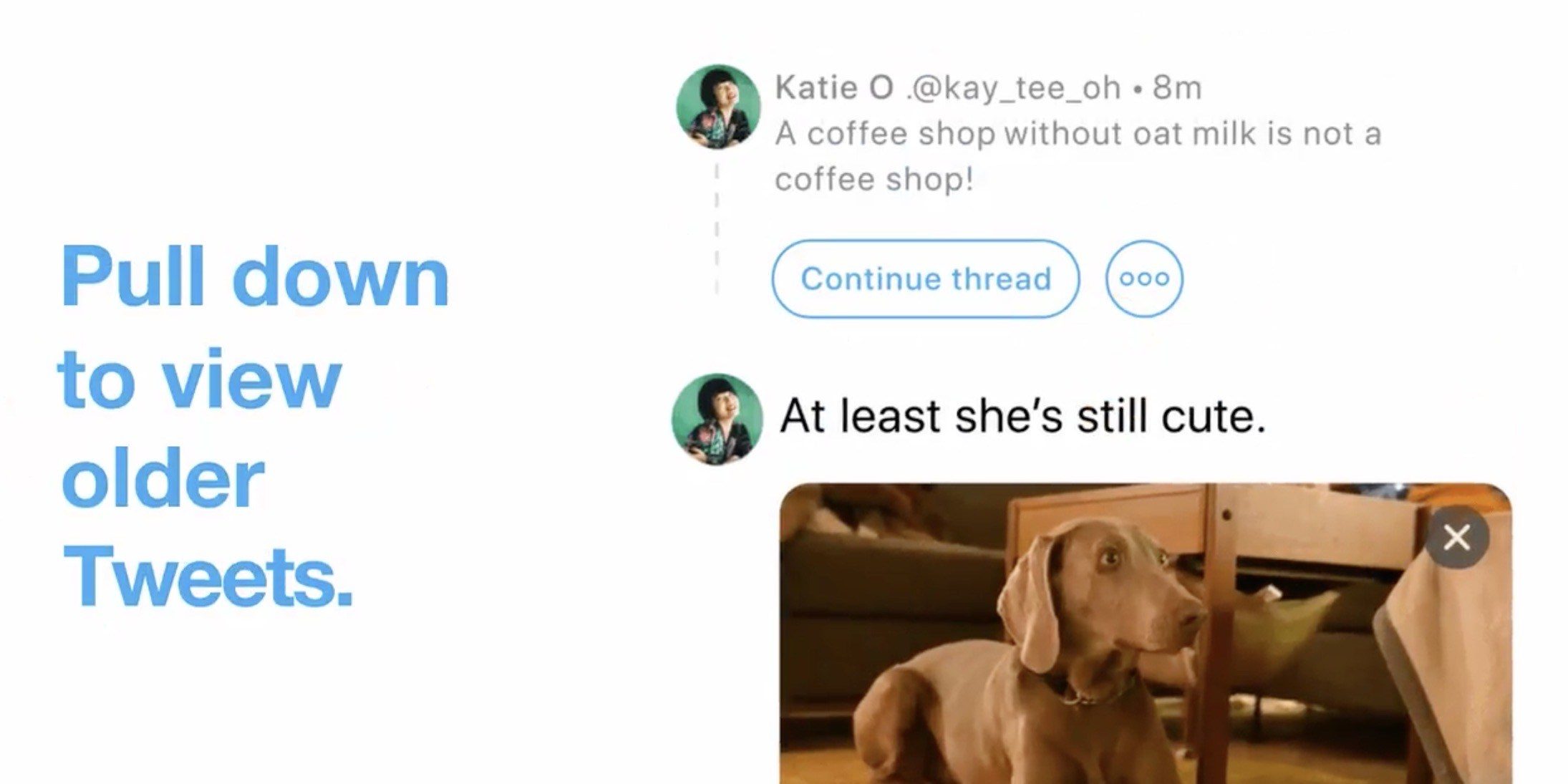 After clicking the "continue thread" button, the user can connect the currently viewed tweet with another one. The specific operations are as follows:

In essence, it's a way twitter can make it easier for users to create theme threads and tweet storm. In the past, twitter provided the ability to connect multiple tweets when they were written, but now the new features can connect new tweets with related tweets published in the past.

Since the new feature is now slowly rolling out, if you haven't seen the user, make sure to check its updates within this week.

Related news
Huawei Xu Zhijun: new IP is a pure technical subject
Why does Huawei's "new IP" encounter new problems?
Hot news this week
***
Samsung will invest more than $5.7 billion in NAND flash chip production line in hanzeng
A wallpaper makes Android phones crash: it's the color gamut
Xiaomi 618 many new products presale redmi display 1A 23.8 inch price 499 yuan
India mobile Q1 shipments out! Domestic mobile phone dominates Samsung's list
In tmall's selling of sexy products, the sales volume is more than 1 billion yuan. How can I achieve this?
LETV: the stock will enter the delisting consolidation period from June 5, 2020
Tesla's autopilot has to step through these pits before it can "roll over"
The essence of business war is to match resources
Samsung announces the entry-level SOC exynos 850 specification
The most popular news this week
The iPhone 12 Pro will not be able to survive in 2020 due to the outbreak and riots?
Xiaomi 14 inch notebook new product exposure: one time 4 models for the Indian market
Linux kernel 4.19 and 5.4 life cycle extended to 6 years
Apple plans to launch Apple card installment service: multiple products enjoy 12 interest free periods
Catch up with slack, snipe zoom, Microsoft teams is such a successful counter attack
The second dimension wall is broken: South Korean fans flood into the United States to protest against racial discrimination
How can I fix compatibility errors with Intel octane memory in Windows 10?
Huawei huge cup P40Pro ：3 bright spot
Can mobile SOC's strongest disruptor join AMD and continue yes on the mobile terminal?
What a comprehensive screen! Xiaomi foldable mobile phone patent: mass production in the second half of the year?