Charging Revolution: Gan industry explodes, apple, Samsung, Huawei and millet enter the game one after another

Are you satisfied with your mobile charger? If the answer is no, then you have enough reason to pay attention to a noun named Gan. As far as the current situation is concerned, chargers made of Gan materials can not only achieve smaller volume, lighter weight, but also bring higher charging efficiency - in short, it will bring a revolution to chargers. 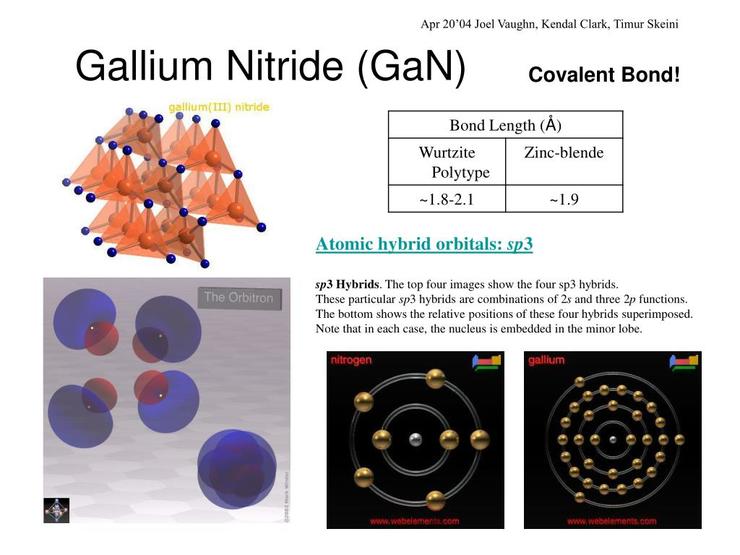 The structure of Gan Gan nitride is similar to wurtzite, and its hardness is very high. Compared with traditional silicon-based semiconductors, Gan Gan Gan nitride has better breakdown ability, higher electron density and mobility, and higher working temperature (melting point is about 1700 ℃).

In addition, compared with silicon-based components, Gan components can switch at up to 10 times faster and operate at a higher maximum temperature. These powerful material characteristics make Gan widely applicable to industries ranging from 100V to 650V, including automobile, industry, telecommunications, and specific consumer electronic applications.

At present, the research and application of Gan materials has become the forefront and hotspot of semiconductor research in the world.

In fact, GaN has been in use since the 1990s - in recent years, it has again attracted the attention of ordinary consumers because of chargers.

In fact, due to the wide band gap, high thermal conductivity, high temperature resistance and other characteristics, the most intuitive feeling of the charger using Gan Gan Gan element is that it is small in size and light in weight, which well conforms to the trend of electronic products towards miniaturization and thinness.

From the specific effect, under the same output power, the charger with Gan power MOS will be more than 1 / 3 smaller than the traditional charger, and has greater advantages in heat generation and efficiency conversion compared with the ordinary charger, greatly improving the user experience.

Of course, due to the limitation of the development of technology itself, the cost of Gan charger has been relatively high; however, with the increasing demand and expectation for charging technology, the chargers using Gan materials have gradually entered the consumption field.

In October 2018, Anker released the world's first USB PD Gan charger, powerport atom PD1, andAppleThe 5W charger is about the same size, but it can output up to 27W power, attracting the eyes.

This Gan charger can evenMacBookCharge. 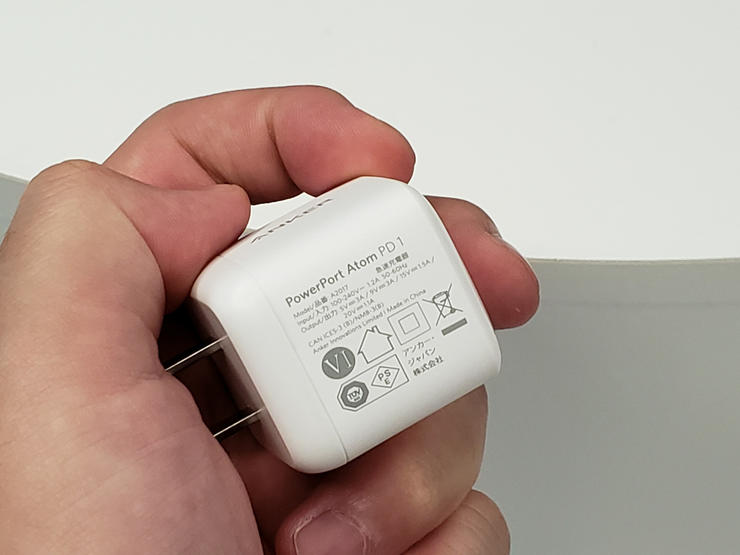 Subsequently, Anker, ravpower, aukey, elixage, Mu one, uibi and other manufacturers all launched their own USB PD Gan chargers, with the price more than 150 yuan.

It is worth noting that in addition to manufacturers specializing in charging heads, many consumer electronics manufacturers also focus on GaN charging technology.

Samsung, apple and other big factories are also laying out Gan

As far as the current situation is concerned, there are many manufacturers of Gan layout.

Among them, Xiaomi's Gan charger released last week uses nv6115 and nv6117 ganfast power IC from Navitas, with a volume of 56.3 x 30.8 x 30.8mm, which is officially half of the standard adapter size. 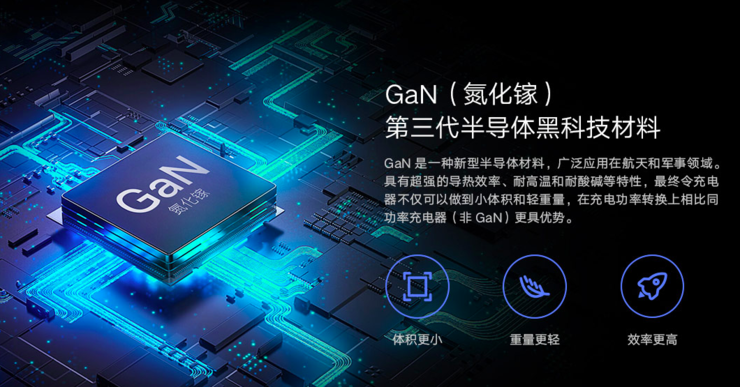 In terms of the whole consumer electronics industry, Gan is also accompanied by the rapid explosion of chargers.

According to the report of charging head network, in January 2020, at CES exhibition held in the United States, 66 Gan chargers have participated in the exhibition, including 18W, 30W, 65W, 100W and other power, as well as a new category of super docking station, to meet the all-round charging needs of mobile phones, tablets, and laptops.

According to the report from CITIC Securities, with the increasing demand of users for the universality and portability of chargers, the market scale of Gan fast charging will increase rapidly in the future. It is estimated that the global market scale of Gan chargers will be 2.3 billion yuan in 2020 and 63.8 billion yuan in 2025, with a compound annual growth rate of 94% in five years.

At the same time, Gan is expected to become the mainstream choice of fast charging devices in the field of consumer electronics in the future in terms of comprehensive performance and cost.

It should be noted that Gan can not only be used in charger field.

In fact, with the power performance, frequency performance and excellent heat dissipation performance of Gan, it can also be used in 5g base station, automatic driving, military radar and many other occasions with high power and frequency requirements.

Under such demand, the GaN substrate market is also expanding.

According to the statistics of yole development, a French market research consultant, in 2017, the global GaN substrate market demand is about 74000 pieces. Driven by the application of Gan RF and power devices, it is estimated that the global GaN substrate demand will rise to 320000 pieces in 2022, corresponding to the market size of gallium nitride substrate reaching 6.4 billion yuan, with a compound annual growth rate of 34% from 2017 to 2022.

It is worth mentioning that in such a market trend, some important semiconductor industries have also entered the Gan market. 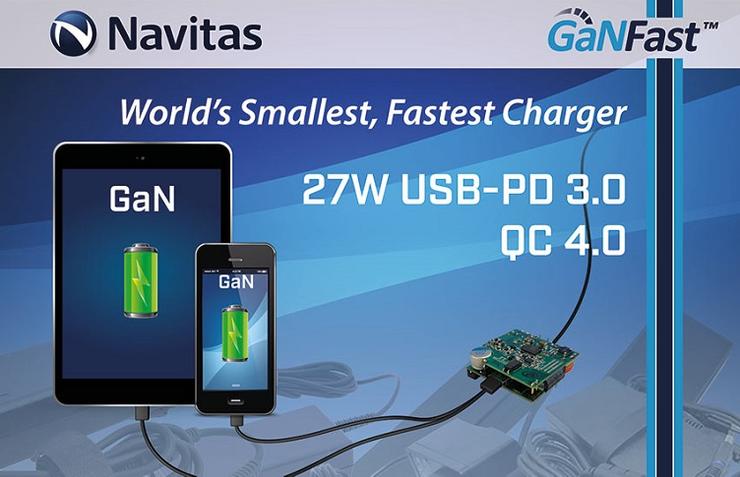 On February 20, TSMC and STMC announced that they would cooperate to accelerate the development of Gan process technology, and introduce separate and integrated Gan components to the market. Through this cooperation, STMC will use the Gan process technology of TMC to produce its Gan products.

Regarding this cooperation, Dr. Zhang Xiaoqiang, deputy general manager of TSMC business development, said that he expects to cooperate with Italian French semiconductor to bring Gan power electronics application into industrial and automotive power conversion. Specifically, Gan is able to assist STM in providing solutions for medium and high power applications, including converters and chargers for hybrid vehicles.

It can be seen that the focus of both sides is actually on the electrification of cars.

When a new material and new technology moves from laboratory to consumer, it needs to integrate various factors, such as upstream capacity and yield, midstream R & D, manufacturing and ecological chain improvement, as well as downstream manufacturers and consumers' cognition and acceptance, and of course, whether the selling price is pro people. From the current industry situation, Gan We are ready to enter the mass charging market.

Related news
Lei Jun Sun Xiaomi GaN Charger 65W: One for all common equipment
Charging Revolution: Gan industry explodes, apple, Samsung, Huawei and millet enter the game one after another
Comparison of Weight and Width Measurements: Apple PC/Xiaomi 10Pro Standard/Xiaomi GaN Charger
Samsung wireless charger charging trio more details exposure: up to 9W power
The first mobile phone with its back shell developing in history! Nut mobile phone revolution 2 time special edition
Hot news this week
Performance exploration of Apple A15 processor: CPU standing still compared with A14 and GPU increased by 38%
Tencent announced that WeChat open external chain declaration followed the four principles started to execute on September 17
IPhone 13 dominates the hot search list experts: there are no hammers like apple that cause widespread discussion for free
Huawei matebook's new product is equipped with windows upgraded version of Huawei application market and supports running mobile applications
Jingdong health "National Health season" is about to open. The Mid Autumn Festival gift is as low as 50% off and 20% off every 200
Jingdong opened its first super body store in Indonesia, making "China service" as loud as "made in China"
Netease cloud music released a new "villager card" to strengthen user identity and deepen the attribute of cloud village community
The host roasted and ate a pet pig that had been kept for 100 days and came back to life in less than 10 days
Jingdong sports outdoor super product day massive discounts come to see Bao Chunlai and Kan Meng interpret the new way of live broadcasting
Netease game three prevention, three treatment and two special actions were fully launched to protect the healthy growth of minors
The most popular news this week
The first round of iPhone 13 opened apple market value evaporated by 300 billion yuan overnight
Win11 will not refuse the old computer, but Microsoft may let you sign abandonment books.
Apple iOS 15 will update verifiable health records
Early FENG: Apple releases the first beta/macOS Monterey Beta 7 release of iOS 15.1
In addition to getting started ‌iPad‌ and iPod Touch Apple is close to phasing out the headphone jack on iOS devices
Facebook announces portal Go to punch iPad, kick Amazon Alexa?
Apple: Macos Monterey needs Xcode 13
Apple turns off iOS 14.7.1 authentication to not allow users to degrade
The first beta version of iOS 15.1 was quickly released after the official release of iOS 15
Private spaceflight grows As NASA reorganizes manned space operations to focus on missions to the moon and Mars