1、 China's import of integrated circuits reached a new high, with the largest decline in the past five years

In 2019, China's import volume of integrated circuits will be about 445.13 billion yuan, reaching a new high with a year-on-year growth of 6.6%,The total amount of imports is about US $305.55 billion, a year-on-year decline of - 2.1%, compared with the double-digit growth rate of the previous two years, it can be said that there is an emergency brake. This is also the biggest decline in China's import of integrated circuits in the past five years.

The main reason for the decline in China's IC imports in 2019 is that it may have been included in the US list of Huawei and a number of domestic technology companies in 2019, according to the company

From the previous Huawei Mate305G disassembly (see Huawei Mate30 Pro5G disassembly: Self-developed chips account for more than half of the chip, the U. S. chip still exists! It can also be seen that 18 of the 36 major internal components, all from Huawei's self-developed chips, accounted for half of the total. Furthermore, it can be seen that for the first time,Huawei has introduced the home-made chip manufacturer guangdong hidi microelectronics battery management chip and the envelope tracking chip of lianfida. Apparently Huawei

According to the data of Gartner, a market research institution, Huawei spent more than 21 billion US dollars on semiconductor procurement in 2018, but in 2019, the expenditure on semiconductor procurement fell to 20.804 billion US dollars. It should be noted that in 2019, Huawei's overall revenue exceeded 850 billion yuan, an increase of about 18% year-on-year, and mobile phone shipments reached 240 million units, an increase of 16.8% year-on-year.

Through the online query platform of Customs statistical data, smart core inquired the specific quantity and amount of various types of products imported by China's IC industry in 2019, and sorted them out as follows:

It can be seen that in 2019, the number of processors and controller related devices imported by China is about 120.7 billion, accounting for 23.07% of the total imports; the amount is US $142.477 billion, up 12.8% year-on-year, accounting for 46.63% of the total imports. Obviously, processors and controllers are still the most imported and the most expensive integrated circuit products.

In particular, at present, China's integrated circuit industry has made great progress in chip design. Some Chinese chip design enterprises represented by Huawei Hisilicon have entered the leading position in the world. Taking 5g as an example, only Qualcomm, Huawei, Samsung, MediaTek and Ziguang zhanrui can provide 5g chips, among which Huawei, MediaTek and Ziguang zhanrui are the only manufacturers Guangzhanrui is a Chinese enterprise.

However, many of the high-end chips of these chip design companies are produced in Taiwan's TSMC (TSMC's most advanced manufacturing process is 5 nm, while SMIC's in mainland China is now producing 14 nm), and the number and amount of imported processors and controllers have been growing rapidly in recent years.

So what are the main products of China's IC export in 2019? Through the online query platform of customs statistics, smart core inquired the specific quantity and amount of various types of products exported by China's IC industry in 2019, and sorted them out as follows:

As we can see from the above data,Memory is the product with the highest proportion of integrated circuit exports in China in 2019, followed by processors and controllers.

Of course, there should also be some storage products made by Chinese manufacturers using storage particles from foreign manufacturers.

Similarly, in terms of domestic memory chips, at present, only Changxin memory realized the mass production of 8GB DDR4 at the end of last year.

In addition to memory, processors and controllers account for a considerable proportion of the total exports. 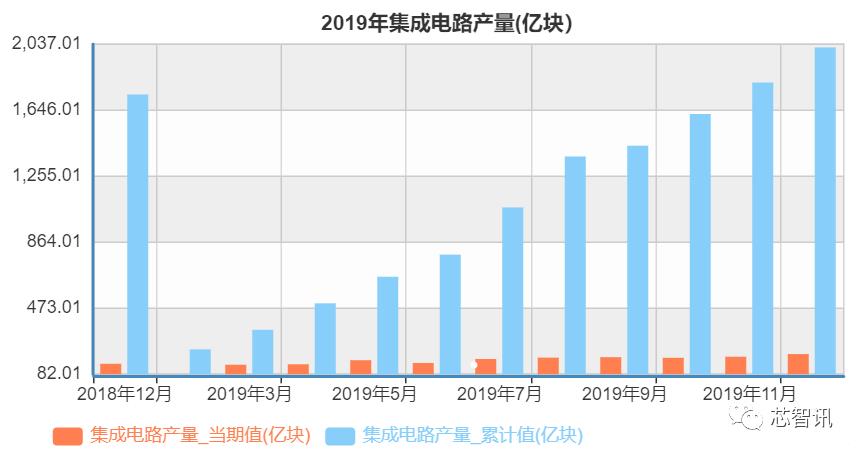 In terms of IC sales, China's total IC sales in 2019 is 455.41 billion. As we have seen before, the domestic output of integrated circuits is only 2009.3 billion yuan. Obviously, most of the sales volume needs to be made up by imports.

In recent years, with the country's attention to the integrated circuit industry, and the country

According to the data previously released by ICCAD, in 2019, the number of IC design companies in mainland China alone reached 1780, an increase of 82 compared with 2018, a year-on-year increase of 4.8%.

It is worth noting that since 2012, the number of IC design enterprises in mainland China has maintained growth for eight consecutive years. In particular, in 2014, the state increased investment in the integrated circuit industry. After the establishment of the first phase of the big fund, the number of IC design enterprises accelerated growth, especially in 2016, compared with 2015, a sharp rise of 85%, followed by a 23% year-on-year growth in 2018.

In addition, China's IC export volume has continued to double-digit growth in the past two years, and has set a new record, which also reflects the rapid development of China's IC industry. While accelerating the solution of its own needs, China is also gradually moving towards the global market. Especially in 2019, when the export volume only increased by 0.7% year on year, the export volume increased by 20%, which also reflected the improvement of the quality and unit price of the integrated circuit products exported by China. 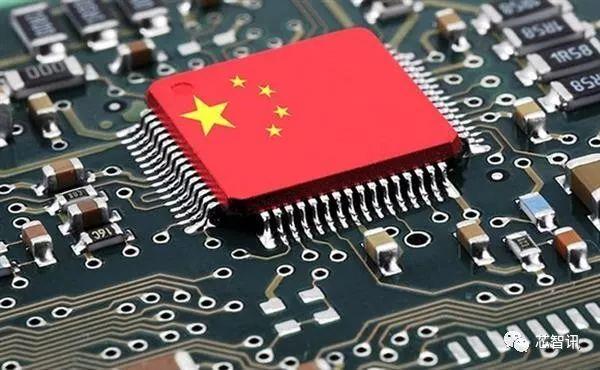 Related news
Three core businesses are blocked one after another. In 2019, Samsung is seeking change
$101.58 billion! China's integrated circuit exports hit a record high in 2019: processor accounts for 35.1 per cent
In 2019, China's integrated circuit export reached a new high: processor accounts for 35.1%
Hot news this week
||||||||
Celebrating Hubble's 30-year launch of NASA's "birthday universe" special page
Twitter is a good product, but its shareholders don't have to
865 Jiachi Meizu 17 access: support 30W fast charging
HuaweiP40 release: with HMS hard-core google, no price increase to grab the global high-end machine market
More than 60000 original articles are protected every day, and Tencent's "zhixinlian" helps the author of penguin to protect his rights
Awesome China scholar! The latest paper on the cover of Science: how the new coronavirus invades cells
Lenovo into Luo Yonghao's first collaborators? Insiders: not settled in contact
Xiaomi 10 / 10 Pro mobile phone goes out to sea: Show crooked nuts what the earth looks like under 100 million pixels
Is telecommuting inefficient? The father of Linux has five experiences
The most popular news this week
One plus eight system weighs less than 200g, which is cheaper than Samsung S20
Rising number of new diagnoses of Samsung's key chip factories in South Korea, the United States and Brazil
How Microsoft polished the new version of Edge scrolling feature (Figure)
HuaweiP40 there are still American chips, there is a long way to go
P40 first! Huawei mobile phone new function exposure: mobile phone can be used as microphone
2020 iPhone se will launch three colors: red, white and black
Performance up to three times better than NVIDIA T4! Baidu Kunlun AI chip further demonstrates the application of "killer mace"
This year's sales will plummet by 240 million! Global mobile phone market in the winter of 10 years
Tesla's share price jumped 17% after it announced delivery of 88000 vehicles in the first quarter
The number of novel coronavirus pneumonia cases is over 1 million. The US has confirmed more than 235 thousand cases.