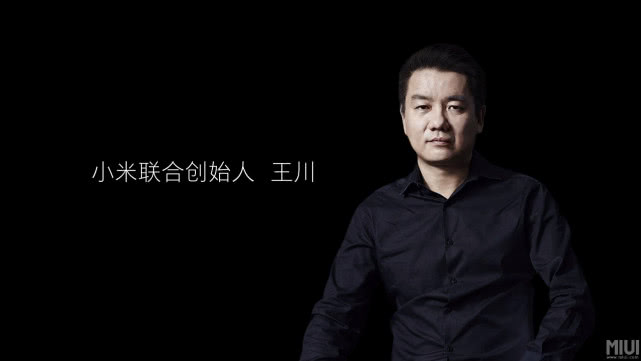 On February 21, Xiaomi group announced important personnel appointments. Wang Chuan, the co-founder, served as the Chief Strategic Officer (CSO) of Xiaomi group, assisting the CEO in coordinating the work of the Group Quality Committee, the group technical committee and the Group Procurement Committee. At the same time, Li Xiaoshuang, general manager of the TV Department, also serves as general manager of the electric business department.

It is reported that the appointment of the Chief Strategic Officer, will further strengthen Xiaomi's strategic planning, formulation and implementation capacity, through the strengthening of the headquarters brain function to make the 5G AIoT dual engine more competitive in the market.

Xiaomi Group has made a series of organizational appointments since September 2018, and Xiaomi Group Organization Minister Andy Lau has revealed that these adjustments come from a set of strategic plans completed before the IPO, first strengthening Xiaomi's headquarters function and enhancing Xiaomi's brain. Then gradually comb the business structure more clearly and reasonably, in the allocation of the company's important strategic direction to do sufficient organizational security, talent security and resource security. To keep the group dynamic and scientifically managed, organizational management appointments will become the norm after going public.

In order to strengthen the functions of the headquarters, Xiaomi group has set up the Group Staff Department and the group organization department. Wang Chuan has become Xiaomi's Chief Strategic Officer and will continue to strengthen the planning power of the headquarters. CSO is a more forward-looking future strategic exploration, deduction and planning, expanding and maintaining core businesses, and assisting CEO to develop feasible plans for Xiaomi group's medium and long-term development. The staff mainly focuses on the formulation and supervision of the implementation of the strategy within 3-5 years, focusing on the connection with specific business departments.

Since joining xiaomi in 2012, wang chuan has been in charge of the tv department, the general staff department, the china district, the big electricity department, participated in the product research and development, the production, the channel, the sale and so on entire chain work, led xiaomi tv business to win the first place in china.