Bill Gates of Tesla: Why You Buy Porsche Taycan

Recently, Bill Gates, who retired at home (hereinafter referred to as Bill Gates), interviewed YouTube digital KOL marques Brownlee (mkbhd). In the interview, gates talked about his views on electric vehicles and the emission problems caused by human travel.

Is endurance a stumbling block to the mainstream of electric vehicles?

In the interview, Bill Gates said the Tesla electric car was absolute

In a brief interview, the Microsoft co-founder gave Tesla face and said that we have to work harder to clean the traffic better.However, the former richest man in the world may not understand, because he gave up his praise of Tesla to buy Porsche Taycan, you know that Taycan is the countdown to the EPA's list, so expensive

If only in terms of hardware, Tesla Model s can really fight with Porsche taycan. However, most people prefer the latter, because it is Porsche.

Of course, if you are Bill Gates, you don't care about the difference between taycan and model s. So why did the former world's richest man choose Porsche, which is making its debut in the electric car market.

In fact, Bill Gates is not the first to get into electric cars. As early as 2016, he was photographed driving a model x with the famous writer Neal Stephenson.

However, his love for Porsche made it difficult for him to change his mind completely. You know, it took him ten years to collect an extremely rare Porsche 959.

Bill Gates, of course, chose Taycan with other considerations. He stated:

It's not a company that can change the commuting and schooling problems of billions of people with electrification. Although Tesla has proved this concept, it needs the participation of other giants in the industry to truly popularize it.

That is to say, there must be not only Tesla, but also electric vehicles such as Porsche taycan and Sony vision S. after all, sometimes users want the most familiar.For Bill Gates,

After learning about it, Musk, who has always been hot, also took to Twitter to diss Bill Gates, said 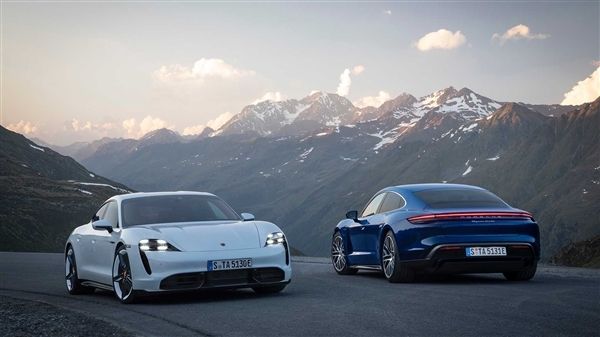 Related news
Bill Gates praises Tesla for buying Porsche musk: it's boring talking to him
Bill Gates Kwatesla buys Porsche, Musk: It's boring talking to him
Bill Gates of Tesla: Why You Buy Porsche Taycan
Hot news this week
||||||||
Celebrating Hubble's 30-year launch of NASA's "birthday universe" special page
Twitter is a good product, but its shareholders don't have to
865 Jiachi Meizu 17 access: support 30W fast charging
HuaweiP40 release: with HMS hard-core google, no price increase to grab the global high-end machine market
More than 60000 original articles are protected every day, and Tencent's "zhixinlian" helps the author of penguin to protect his rights
Awesome China scholar! The latest paper on the cover of Science: how the new coronavirus invades cells
Lenovo into Luo Yonghao's first collaborators? Insiders: not settled in contact
Xiaomi 10 / 10 Pro mobile phone goes out to sea: Show crooked nuts what the earth looks like under 100 million pixels
Is telecommuting inefficient? The father of Linux has five experiences
The most popular news this week
Musk girlfriend Grimes very pregnant MV： new song global free
Huawei Xu Zhijun: new IP is a pure technical subject
What's wrong with zoom, which is disabled by NASA and SpaceX and warned by the FBI?
Cisco's "zero trust" security architecture guards the present and future
White House urged CDC to change its prevention manual to encourage Americans to wear masks (photo)
Google plans to close its Q & A app, neighbor resource, in May
Only 1399 yuan! The new generation of online class artifact Lenovo M10 plus is on sale
Xiaomi has a variety of ice refreshing sunscreen clothing: UPF600 one against 15 pieces!
Amazon makes great efforts to enter the field of video games to launch original games and cloud game platforms
Alipay, a programmer, saved 50 million yuan for two sheep: raising and eating.