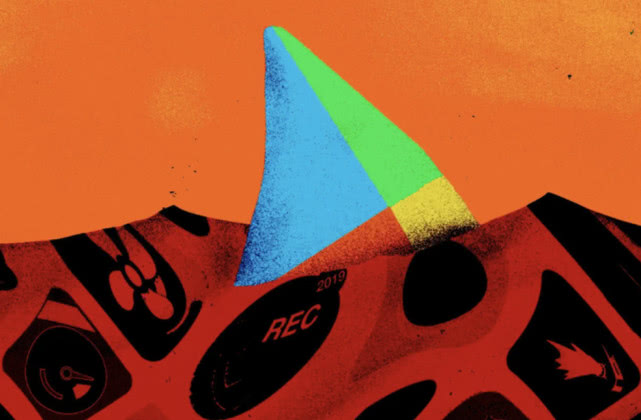 One of the biggest developers banned by Google's game store and advertising alliance is cheetah mobile, a Chinese listed company, according to reports. Foreign media once disclosed in November 2018 that the company has been engaged in advertising fraud activities.

In December 2019, Google removed one of cheetah Mobile's illegal apps, but allowed cheetah to continue to offer other apps in the software store. So far, the company's entire product line in the Google play store, which includes about 45 apps, has been removed, and these apps no longer offer ads displayed by the Google Advertising Alliance.

Per bjorke, Google's senior product manager in charge of advertising traffic quality, told foreign media that more than 4.5 billion applications have been installed this time, mainly for English users, and that the deleted software mainly comes from developers in China, Singapore and India.

The executive declined to give the names of the specific apps or developers removed from the shelves, but said many of the banned apps were utilities or games. Google also published a blog post detailing the removal of the software.

Under the tech giant's policy of harassing ads, Android software developers must not display ads without the software being turned on, as well as banning any potential users

One example that could cause users to click on ads unintentionally is when a full screen ad pops up on the screen as they prepare to make a mobile phone call, Bork said.

He added that Google deployed a new technology late last year to automatically detect whether Android apps display ads when they are not launched. This initiative helps to identify applications and developers who violate the rules. Such a tracking and investigation process also led to the withdrawal of a large number of illegal Android Software.

Although some illegal apps and developers have used similar techniques to display harassed ads, he says, they have done everything possible to avoid being spotted. But it's unclear to Google whether the offending software is working together,

For marketing customers who have been shown ads in some harassing ads, Google has begun to refund advertising fees. Mr Bork said:

Related news
Google is getting farther away from China.
Huawei mobile without Google: what do foreigners think?
Hot news this week
||||||||
Celebrating Hubble's 30-year launch of NASA's "birthday universe" special page
Twitter is a good product, but its shareholders don't have to
865 Jiachi Meizu 17 access: support 30W fast charging
HuaweiP40 release: with HMS hard-core google, no price increase to grab the global high-end machine market
More than 60000 original articles are protected every day, and Tencent's "zhixinlian" helps the author of penguin to protect his rights
Awesome China scholar! The latest paper on the cover of Science: how the new coronavirus invades cells
Lenovo into Luo Yonghao's first collaborators? Insiders: not settled in contact
Xiaomi 10 / 10 Pro mobile phone goes out to sea: Show crooked nuts what the earth looks like under 100 million pixels
Is telecommuting inefficient? The father of Linux has five experiences
The most popular news this week
One plus eight system weighs less than 200g, which is cheaper than Samsung S20
Rising number of new diagnoses of Samsung's key chip factories in South Korea, the United States and Brazil
How Microsoft polished the new version of Edge scrolling feature (Figure)
HuaweiP40 there are still American chips, there is a long way to go
P40 first! Huawei mobile phone new function exposure: mobile phone can be used as microphone
2020 iPhone se will launch three colors: red, white and black
Performance up to three times better than NVIDIA T4! Baidu Kunlun AI chip further demonstrates the application of "killer mace"
This year's sales will plummet by 240 million! Global mobile phone market in the winter of 10 years
Tesla's share price jumped 17% after it announced delivery of 88000 vehicles in the first quarter
The number of novel coronavirus pneumonia cases is over 1 million. The US has confirmed more than 235 thousand cases.