Due to the cancellation of MWC 2020, Huawei's planned 5g full scene Conference on MWC will be held online at 21:00 on February 24, Beijing time.

February 23, the night before the press conference, Yu Chengdong a sentence preheated

Non-official channels include mainstream video platforms as well as a number of media platforms, including fast technology will be the launch of the live broadcast and coverage, please pay attention. 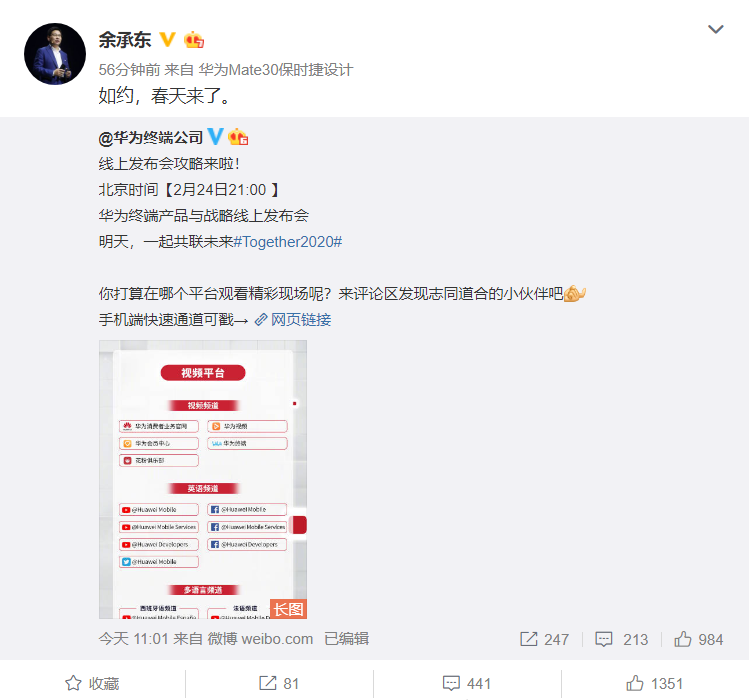 No doubt Huawei Mate Xs will continue to be positioned 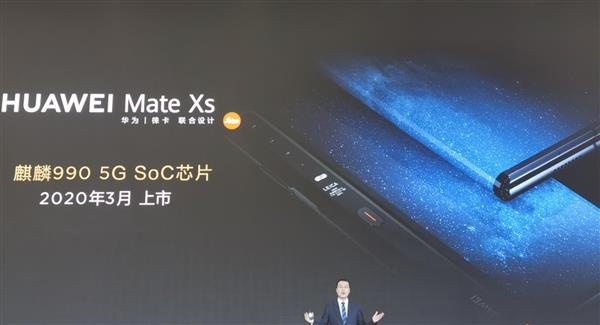 on the other hand,Google's GMS service couldn't be pre-installed on Huawei's mobile phone products after it was added to the US physical list. At last year's developer conference,Huawei opened the hms ecosystem to replace google's gms service. In January,Huawei released HMS Core 4.0 to the world 。

Another power of Huawei family glory has determined to release the glory V30 series pre installed with Huawei's own app Gallery (application market) overseas. It can be imagined that the Huawei 5g full scene conference held on the same day may also bring the latest news of HMS.

According to Huawei's latest data, hms eco-attractive developers also rose from 910,000 to 1.3 million, with more than 400 million monthly live users at the app gallery app store and 55,000 apps already on the shelves. 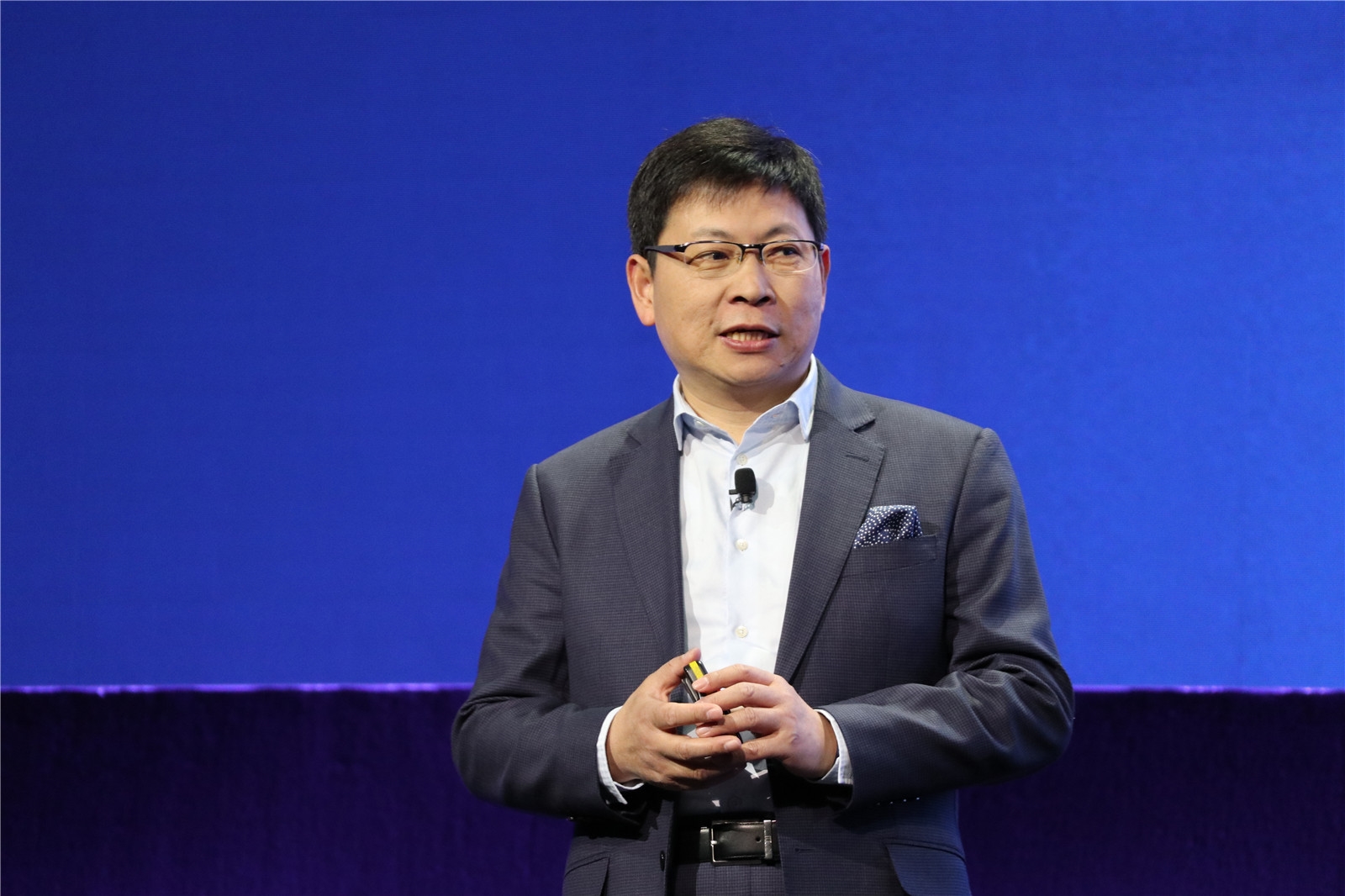