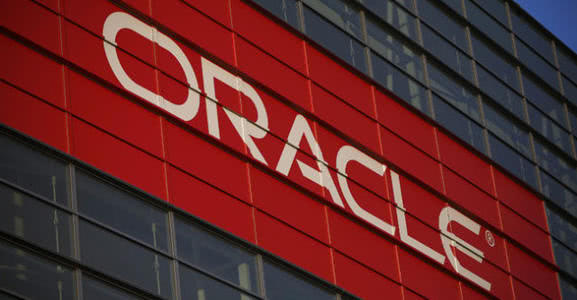 Oracle released its latest political contribution report on its website on Tuesday. In the report, Oracle disclosed that it had donated between $25000 and $99999 to the Internet accountability program. IAP calls itself a conservative non-profit organization, which advocates stricter privacy rules and anti-monopoly law enforcement for Internet giants.

Oracle has launched an aggressive, sometimes covert, battle against major competitors, including Amazon and Google, and its donation to IAP is only part of that battle. Oracle spent years trying to get Amazon to lose its lucrative U.S. Department of defense cloud contract, which was awarded to Microsoft last October. Oracle has also been involved in a decade long legal dispute with Google, alleging that the search engine giant's Android mobile operating system carries some Java programming code, which infringes Oracle's copyright. Oracle acquired sun microsystem, a java developer, in 2010.

Earlier this month, iap filed a non-party statement in the u.s. supreme court in support of oracle's lawsuit against google. IAP says it wants

On February 19, the Trump administration also urged the U.S. Supreme Court to dismiss Google's appeal in the case. On the same day, Oracle co-founder and board chairman Larry

According to IAP's domestic tax code

Oracle acquired Sun Microsystems in 2010, as well as the Java programming language developed by the company. The company claims that Google uses Java in Android without permission, so it should pay at least $8.8 billion in compensation. A large part of the success of Google's business over the past decade has come from putting its search engine and advertising business on Android. Google said it should be legal to use Oracle's Java to make Android easier to communicate with other software. If such practices are suppressed, further innovation in the computer industry will be limited.

The case split silicon valley into two camps, leading software makers who support stronger copyright protection to fight against companies that rely on others' code to generate new innovations.

IAP is not the only antitrust group funded by Oracle. Oracle's report on its political contributions showed that the company also gave the name

Over the past two years, Oracle has been fighting multiple fronts to prevent Amazon from winning the U.S. Department of Defense's Jedi cloud contract. The contract, which will total $10 billion over the next decade, aims to transfer most of DoD's data to commercially operated cloud systems.

Amazon was seen as a leading competitor because it had won a cloud contract with the CIA and obtained a high level of security clearance. The move to Amazon's cloud platform will threaten Oracle's traditional database business with the Department of defense. Oracle has led a coalition of other technology companies, including Microsoft and IBM, against the Pentagon's decision to award contracts to a single bidder. (compiled by Tencent technology / Mingxuan)