The latest self driving report of California DMV was released, with the top 10 and half being Chinese teams 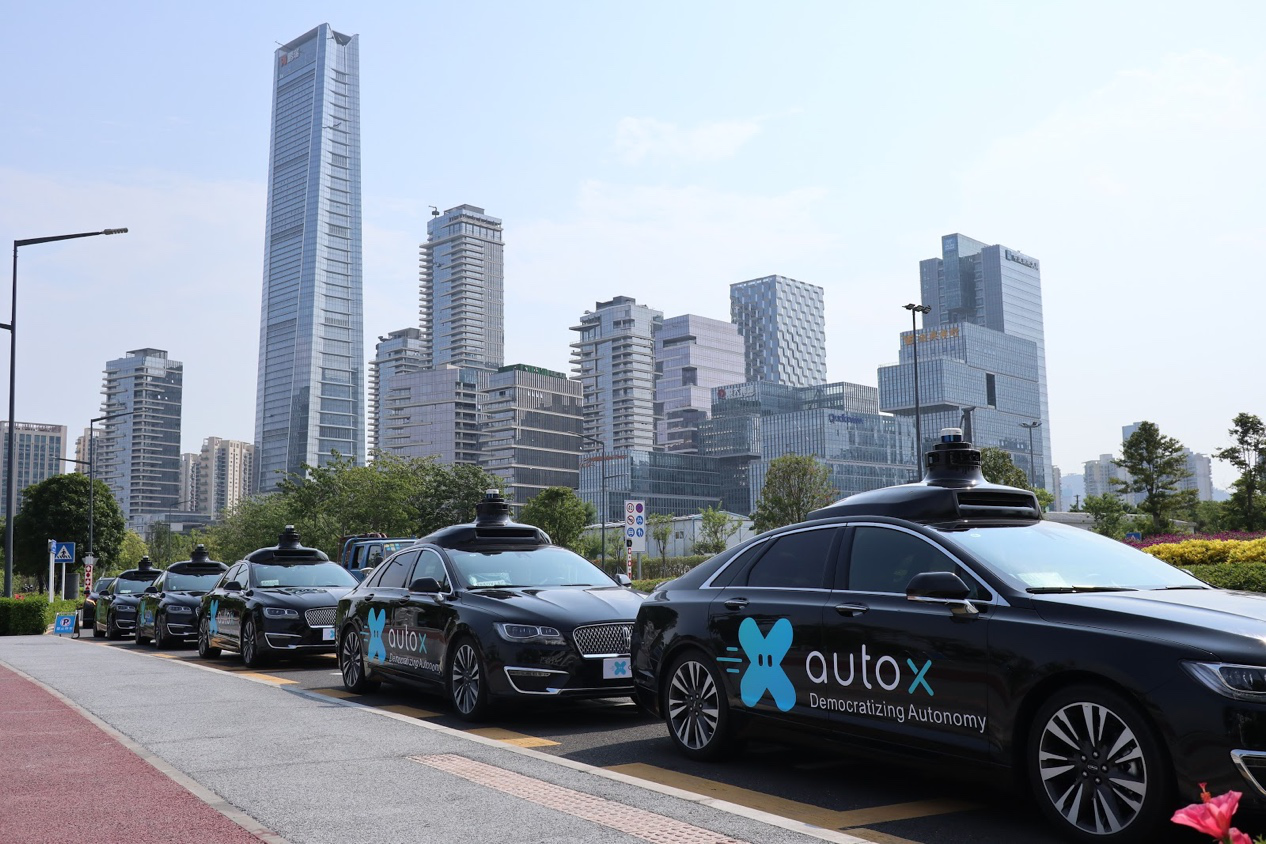 On February 27, the DMV (Department of motor vehicles) just released its 2019 self driving road test report card, ranking among the top ten companies in the MPI (miles per intervention, average mileage between every two manual interventions),Five are from China。

In the past year, a total of 36 self driving companies have submitted road test reports to DMV, presenting their data of self driving road test between December 1, 2018 and November 30, 2019.

Unlike in previous years, this year's DMV in California imposed stricter requirements for all company reports, not only for manual takeovers of every road survey, but also for explicit requirements 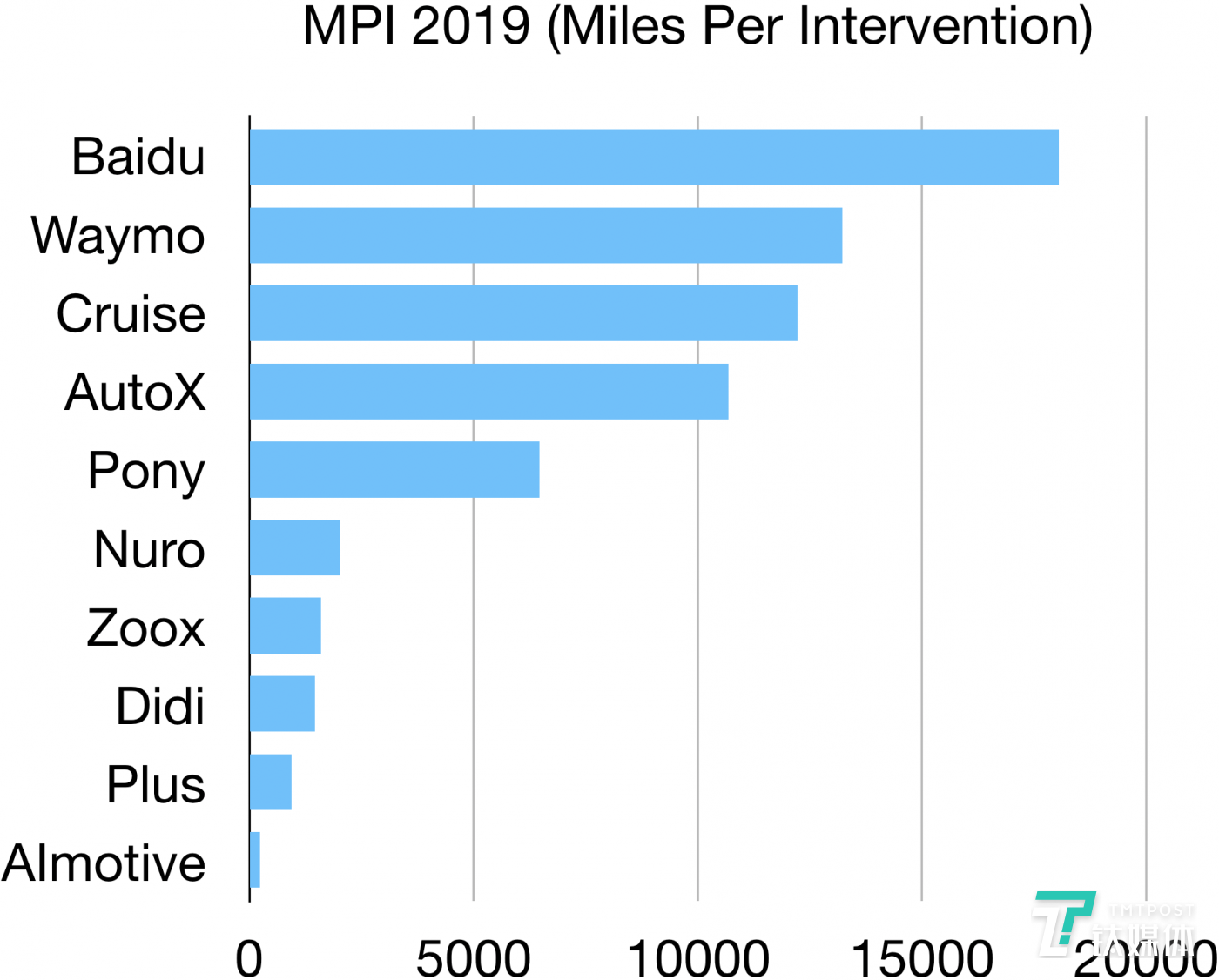 From the data provided by DMV, we can see that most of the top ten companies also ranked in the top ten in 2018, but the rankings are different. The top 10 new players are didi driverless from China, while Nissan dropped to 19th place from last year's top 10.

Among Chinese companies, baidu Apollo has a good performance. With only four cars, the MPI ranks first, surpassing waymo in the United States for the first time. Last year, baidu obtained dozens of automatic driving test licenses in Changsha, and the test mileage in China has exceeded 2 million kilometers.

Google waymo continues to lead the way. Although it is slightly surpassed by Baidu in MPI and ranked second in the world, its total test mileage is up to 1.45 million miles, twice that of cruise, and 13 times that of Baidu in California.

The cruise ranking of GM's Softbank investment continues to follow waymo's, ranking second in both MPI and mileage.

Chinese companies autox and pony.ai (Pony smart travel) ranked fourth and fifth respectively. From the MPI point of view, autox is in the top position than pony.ai, while from the test mileage point of view, pony.ai is higher than autox. Among them, autox is mainly tested in the central road of San Jose, California, which belongs to the urban road condition; pony.ai cooperates with Hyundai in the trial operation of botride in Irvine, California, which is located in the University City, with fast average speed.

In last year's list, both companies are also in the top 10. Pony.ai just announced Toyota's $400 million investment, and autox last year received $100 million from Dongfeng Motor and Alibaba. The injection of funds is accelerating the growth of the two Chinese start-ups.

In addition, nuro and zoox, the two largest US start-ups, ranked 6th and 7th respectively, similar to last year's ranking and playing a stable role.

Didi, the new top 10 driver, submitted the California road test report for the first time this year, ranking No. 8, No. 4 among Chinese enterprises, with a high test mileage. Didi's self driving team started in 2016, but has not been tested in California before. Uber, the U.S. travel leader, stopped testing in California after finishing last year.

So far, we can see that four top players in China's robotaxi field have gradually become the international leader in the automatic driving industry in 2019.

Apollo from Baidu jumped to the top of waymo's ranking, with two start-ups, autox and pony.ai, equally matched, followed by Didi, a travel giant.

The data shows that teams with more than 1000 MPI also have more than 10000 miles of test mileage, reflecting their technical maturity. 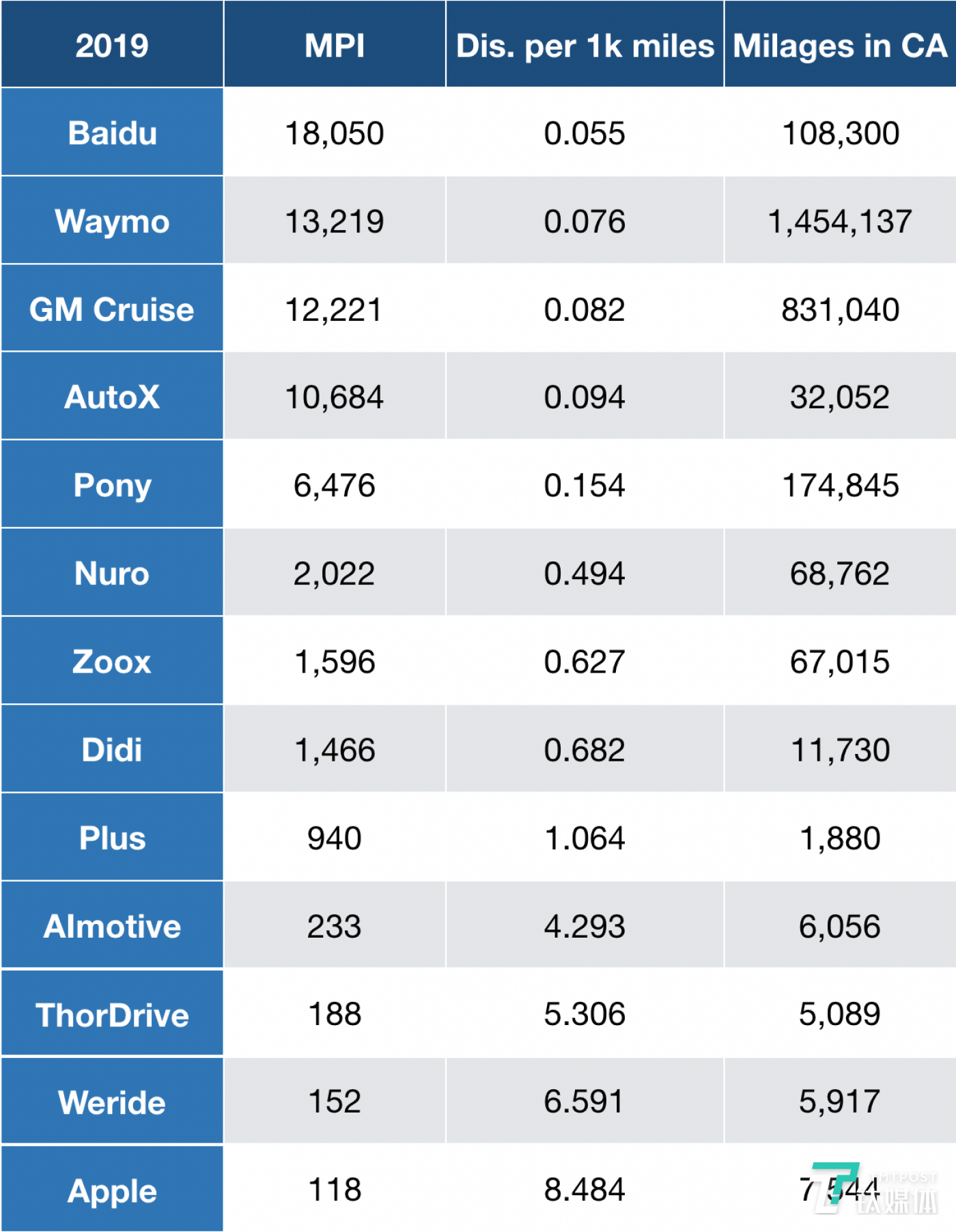 In addition, SAIC's California Research Institute of SAIC, a Chinese car company, has achieved great results. MPI ranks 17th in the world and mileage ranks 22nd in the world. SAIC has a weak advantage over Nissan, ranking first among all vehicle companies in the world.

It's worth noting that the mysterious Apple driverless department is fighting back this year. After ranking the bottom last in last year's ranking, this year's MPI rose to 118, ranking 13th, with a mileage of 7544 miles, ranking 12th. 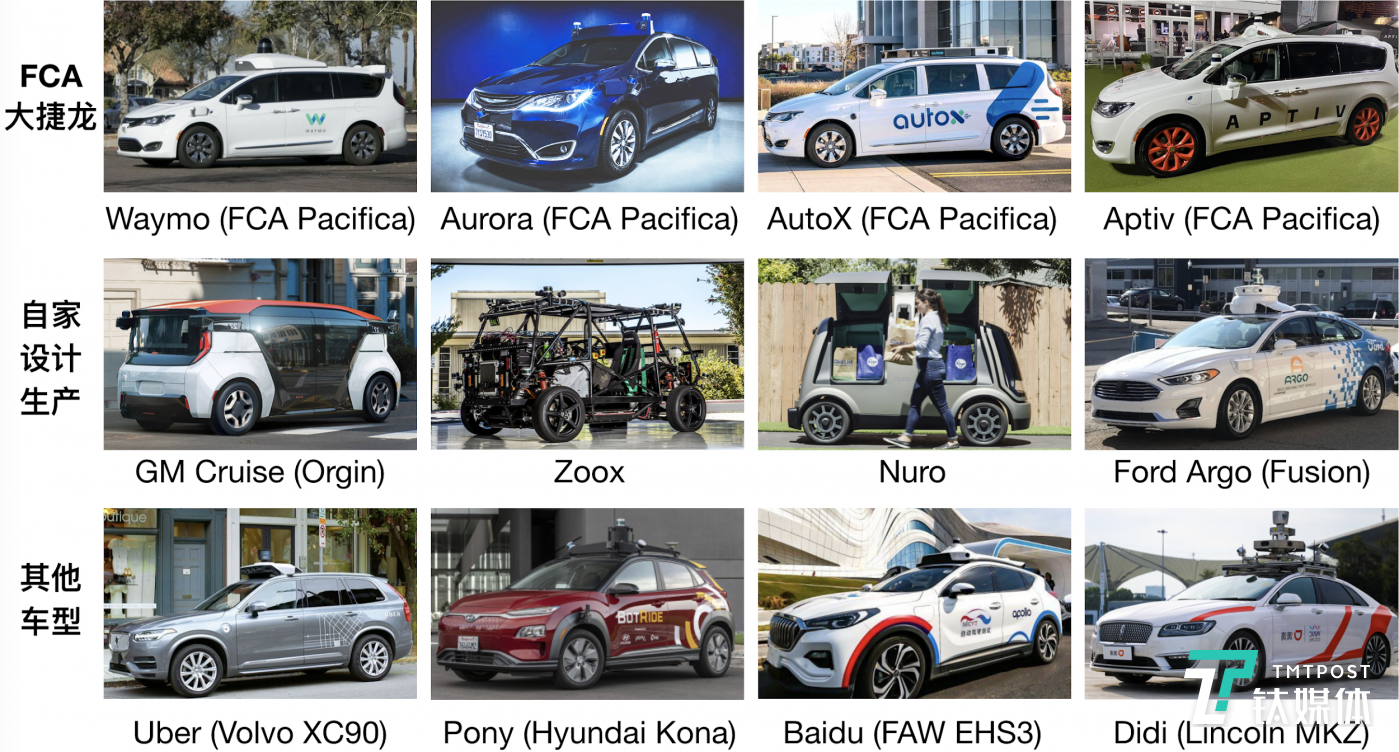 On the other hand, this test report reflects the strategy adopted by the major auto driving companies. There are two main camps: FCA Chrysler Metro or self-designed production. Waymo, Aurora, autox, LYFT and APTIV all adopted the Pacifica Metro model of FCA Chrysler. This special made by FCA is the world's first self driving vehicle with redundant line control capability, which can achieve real no safety officer. In general, cruise, zoox, nuro and Argo under Ford are the representatives. They all adopt their own design and production vehicles. Through their own design and production, they can achieve the redundant function of line control required by driverless driving.

Of course, California is not the testing area for most Chinese companies. It is reported that among the top 10 companies in China, the total test mileage of automatic driving companies including Baidu, autox, pony.ai, etc. in China has exceeded one million kilometers. In terms of self driving motorcade, Baidu has established 30 motorcades with red flag electric vehicle as the main model through cooperation with Changsha municipal government; autox has a large number of motorcades with BYD as the main model in Shenzhen and Shanghai; pony.ai has a motorcade with Lincoln MKZ and GAC as the main model in Nansha, Guangzhou; didi also announced that it will start trial operation in Shanghai in 2019.

Through theDMVAs can be seen from the data,Progress in self-driving companies

2020 is likely to be the beginning of driverless real landing into life.