Wi Fi chips made by Cypress Semiconductor and Broadcom have serious security vulnerabilities, making billions of devices around the world vulnerable to hackers' attacks and allowing attackers to decrypt sensitive data transmitted in the air around them. 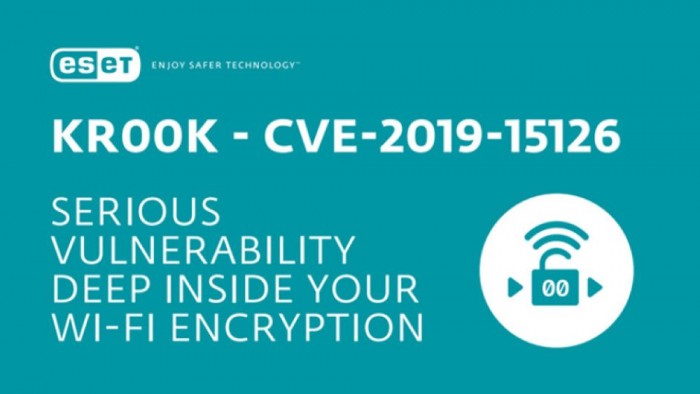 In today's RSA Security Conference, this security vulnerability was made public. For Apple users, the issue has been resolved in the IOS 13.2 and Mac OS 10.15.1 updates released in late October last year.

ESET, a security company, introduced the vulnerability in detail at the RSA conference. Hackers can use a vulnerability called kr00k to interrupt and decrypt WiFi network traffic. The flaw lies in the Wi Fi chips of cypress and Broadcom, which are two brands with high global market share, widely used in everything from laptops to smartphones and from APS to Internet of things devices. 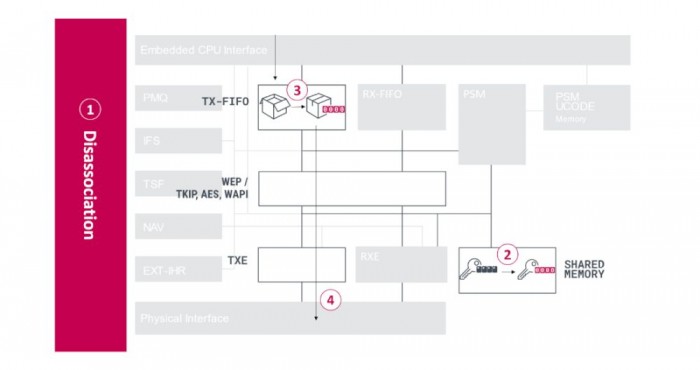 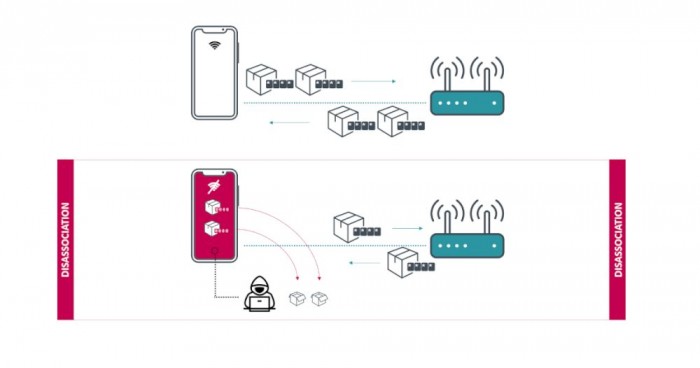 Among them, Amazon's echo and Kindle, Apple's iPhone and iPad, Google's pixel, Samsung's Galaxy series, raspberry pie, millet, ASUS, Huawei and other brand products are all used. It is conservatively estimated that one billion devices around the world are affected by the vulnerability.

Hackers can intercept and analyze the wireless network packets sent by devices after they successfully exploit the vulnerability. Ars technica says:

Kr00k exploits a vulnerability in wireless devices when they are disconnected from the wireless access point. If the end user device or AP hotspot is attacked, it will put all the unsent data frames into the transmit buffer, and then send them wirelessly. Instead of encrypting this data using the session key previously negotiated and used during a normal connection, the vulnerable device uses a key consisting of all zeros, which makes decryption less likely.

One good thing is that the kr00k error only affects WiFi connections using WPA2 personal or WPA2 enterprise security protocols and aes-ccmp encryption. This means that if you use Broadcom or cypress WiFi chipset devices, you can prevent hackers from using the latest WiFi authentication protocol, WPA3.

Related news
Linux vulnerability found for at least 4 years: target computer can be attacked via WiFi
Botong Wi-Fi chips with serious bugs can steal billions of devices: manufacturers have already moved
WiFi vulnerability kr00k exposure: billions of devices worldwide affected
WiFi chip vulnerabilities affect hundreds of millions of devices
Hot news this week
||||||||
Celebrating Hubble's 30-year launch of NASA's "birthday universe" special page
Twitter is a good product, but its shareholders don't have to
865 Jiachi Meizu 17 access: support 30W fast charging
HuaweiP40 release: with HMS hard-core google, no price increase to grab the global high-end machine market
More than 60000 original articles are protected every day, and Tencent's "zhixinlian" helps the author of penguin to protect his rights
Awesome China scholar! The latest paper on the cover of Science: how the new coronavirus invades cells
Lenovo into Luo Yonghao's first collaborators? Insiders: not settled in contact
Xiaomi 10 / 10 Pro mobile phone goes out to sea: Show crooked nuts what the earth looks like under 100 million pixels
Is telecommuting inefficient? The father of Linux has five experiences
The most popular news this week
One plus eight system weighs less than 200g, which is cheaper than Samsung S20
Rising number of new diagnoses of Samsung's key chip factories in South Korea, the United States and Brazil
How Microsoft polished the new version of Edge scrolling feature (Figure)
HuaweiP40 there are still American chips, there is a long way to go
P40 first! Huawei mobile phone new function exposure: mobile phone can be used as microphone
2020 iPhone se will launch three colors: red, white and black
Performance up to three times better than NVIDIA T4! Baidu Kunlun AI chip further demonstrates the application of "killer mace"
This year's sales will plummet by 240 million! Global mobile phone market in the winter of 10 years
Tesla's share price jumped 17% after it announced delivery of 88000 vehicles in the first quarter
The number of novel coronavirus pneumonia cases is over 1 million. The US has confirmed more than 235 thousand cases.