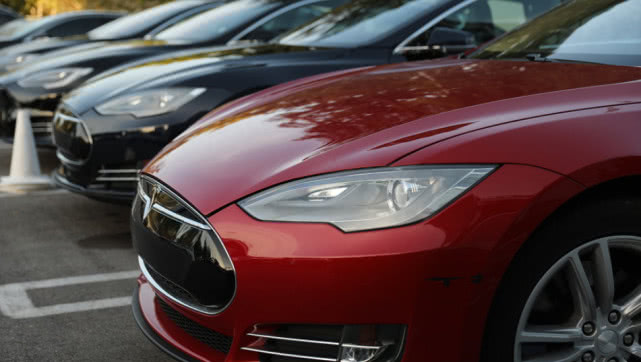 Shares in Tesla plunged 12.81 percent to $679.00 on Thursday after investment bank Morgan Stanley questioned whether electric car giant Tesla could maintain its dominant position in the market.

According to Jonas, Tesla's potential problem is that technology giants such as alphabet and apple are increasingly interested in electric vehicles, and they have established partnerships with traditional automakers such as general motors. Google and apple are likely to work with traditional automakers to enter the emerging field of electric vehicles, with technology companies in charge of operating systems and battery management. In addition, the battery market is still maturing. In the next few decades, the capacity and output need to be greatly expanded to meet the demand of electric vehicles.

Although Tesla bucked the trend to enter China's shrinking electric vehicle market in the first two months, the decline in new vehicle registrations in January showed that the U.S. electric vehicle manufacturer was not immune to the challenges facing the industry. Novel coronavirus pneumonia is in China's auto market for third consecutive years. The number of new energy vehicles delivered by automakers to dealers fell 54% in January, according to the China Automobile Industry Association.

Under Tesla's plan, it expects to deliver 500,000 new vehicles in 2020. The domestic Model 3, which delivered its first batch of owners on January 7, will open in mass deliveries in the first quarter. But the Tesla's Shanghai super-factory has been temporarily shut down and the delivery of its new car will be postponed, due to a new outbreak of pneumonia. According to Tesla CFO Zac

Novel coronavirus pneumonia's recent slump is mainly due to the outbreak of the new crown pneumonia outbreak in the world, which has triggered investors' concern about the slowing growth rate, which has led to a sell-off in the stock market. Despite its recent weak performance, Tesla's share price rose 62.31% in the year to Thursday's close, far outperforming the Nasdaq composite's 4.53% decline over the same period and the Dow Jones Industrial Average's 9.71% decline over the same period.

The impact of a fatal accident

At a hearing on Tuesday, the National Transportation Safety Board (NTSB) criticized Tesla for failing to prevent the abuse of its driver assistance system autopilot, which is now standard on its electric vehicles. The case involved in the hearing was a Tesla car crash in 2018, when Apple engineer and game developer Huang Weilun drove model X in a fatal car crash near mountain view, California. He started autopilot and played games on the company's mobile devices. NTSB said that although Huang Weilun was distracted during driving, Tesla's front collision warning system did not give an alarm and its automatic emergency braking system did not activate when model x accelerated into the highway barrier. In addition, Mr. Huang did not apply the brakes or detect steering movement to avoid a crash.

NTSB investigators believe Tesla's system does not adequately ensure driver attention and suggest a stronger driver monitoring system is needed. Tesla relies on sensing whether the driver's hand is on the steering wheel to see if they are paying enough attention to the road when using driver assistance. Other automakers use cameras to determine if the driver's eyes are on the road. NTSB also accused Huang's employer, apple, of failing to set strict policies for its employees, such as banning the use of mobile devices in non emergency driving situations.

Analysts at evercore ISI said in a research paper on Wednesday that although the report on the fatal collision of Tesla electric vehicles may lack force, the impact on the company is real, and it is possible that Tesla's advanced driver assistance system autopilot will be temporarily shut down.

Through various iterations and upgrades, autopilot has been criticized because it creates a false sense of safety for the driver and gives the impression of making the car drive automatically. Tesla said it will continue to work to educate consumers. To use the system, the driver has to hold the steering wheel and be prepared to intervene if anything goes wrong. Analysts at evercore ISI point out that NTSB has only the right to recommend, but not to enforce.