Huawei mall began its eighth anniversary celebration on February 28, and will usher in the first round of peak on March 1, which is a good start. During the anniversary of March 18, Huawei mall launched a series of preferential policies and welfare feedbacks to more than 200 million users (whether the number can be raised or not), including 3180 yuan for free and 1000 yuan for the highest province.

Huawei Mall's recent performance is eye-catching, after the release of Huawei's new folding screen MateXs, that is, the first time in the app launched the official first test open box live broadcast, from the official Huawei popular anchor to the mobile phone screen in front of the pollen detailed, intuitive explanation of the originality of MateXs, the peak of more than 240,000 people gathered in the Huawei Mall's live room to watch the new products,Huawei Mall during the live broadcast of MateXs purchase code thanks to the support of pollen. 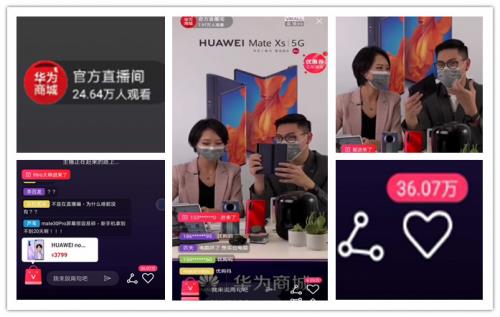 On the evening of the 27th, Huawei mall launched again to host the on-line quality appraisal meeting for the new products of flypods3 wireless headset. This time, the live broadcast was held in Huawei's Ark laboratory, which covers an area of 10000 square meters and is the first open IOT (Internet of things) laboratory facing the consumption field in China. It is full of various intelligent terminals developed and cooperated by Huawei and shows the envisaged future smart life form. Huawei mall started booking on the 28th after the live broadcast of the online appreciation of the glory flypods3 wireless headset. 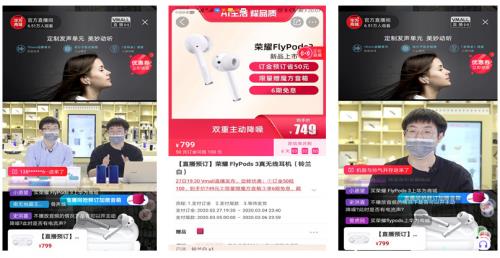 During the 8th Anniversary Celebration of Huawei Mall (March 1-18), pollen friends shop here to win the chance to win Mate305G mobile phone and 16888 yuan worth of honorable fashion gift package, and a maximum of 3180 yuan Huawei Mall god voucher, can be directly deducted to use, and any Huawei of the old users, during the event to the official direct e-commerce app Huawei Mall purchase machine to enjoy half-year extension. During the 8th anniversary,Huawei Mall has a daily welfare gift to everyone,9:30 limited 50% discount,19:30 ultra-low price of 9.9 yuan easily beat, sign in to win Huang Jingyu signature mobile phone,0 yuan group win Li Xian signature mobile phone