On February 29, Lei Jun shared the game experience of black shark 3pro again, praising:Playing games with mobile phones, I had the feeling of holding the computer for the first time.

Lei Jun said:Black Shark uses the way of lifting to make two physical mechanical keys, which are usually hidden, exhaled when playing games, and automatically retracted when falling. Playing games with mobile phones, I had the feeling of holding the computer for the first time. It seems that professional game mobile phones are worthy of reputation! 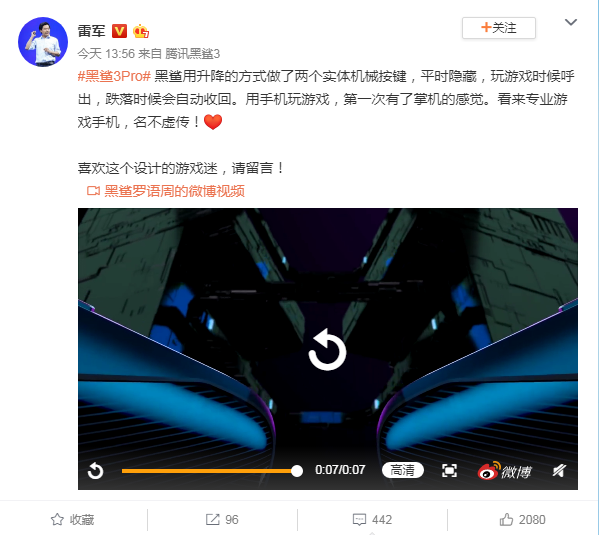 It is understood that the black shark team has been polished for a year and a half,Two sets of mechanical keys are designed into the mobile phone together with the automatic lifting structure, which realizes the automatic lifting of the keys during the game and exits the intelligent lifting system of the automatic recovery of the game,After the button is retracted, it is integrated with the appearance, without affecting the appearance and daily use of the mobile phone.

This set of lifting mechanical keys is designed according to the ergonomics of hand-held horizontal grip. The key cap is 21mm long and the key range is 1.5mm. It can withstand more than 300000 lifting operations and more than 1 million click operations. It even increases the automatic recovery function of key dropping to ensure reliability. 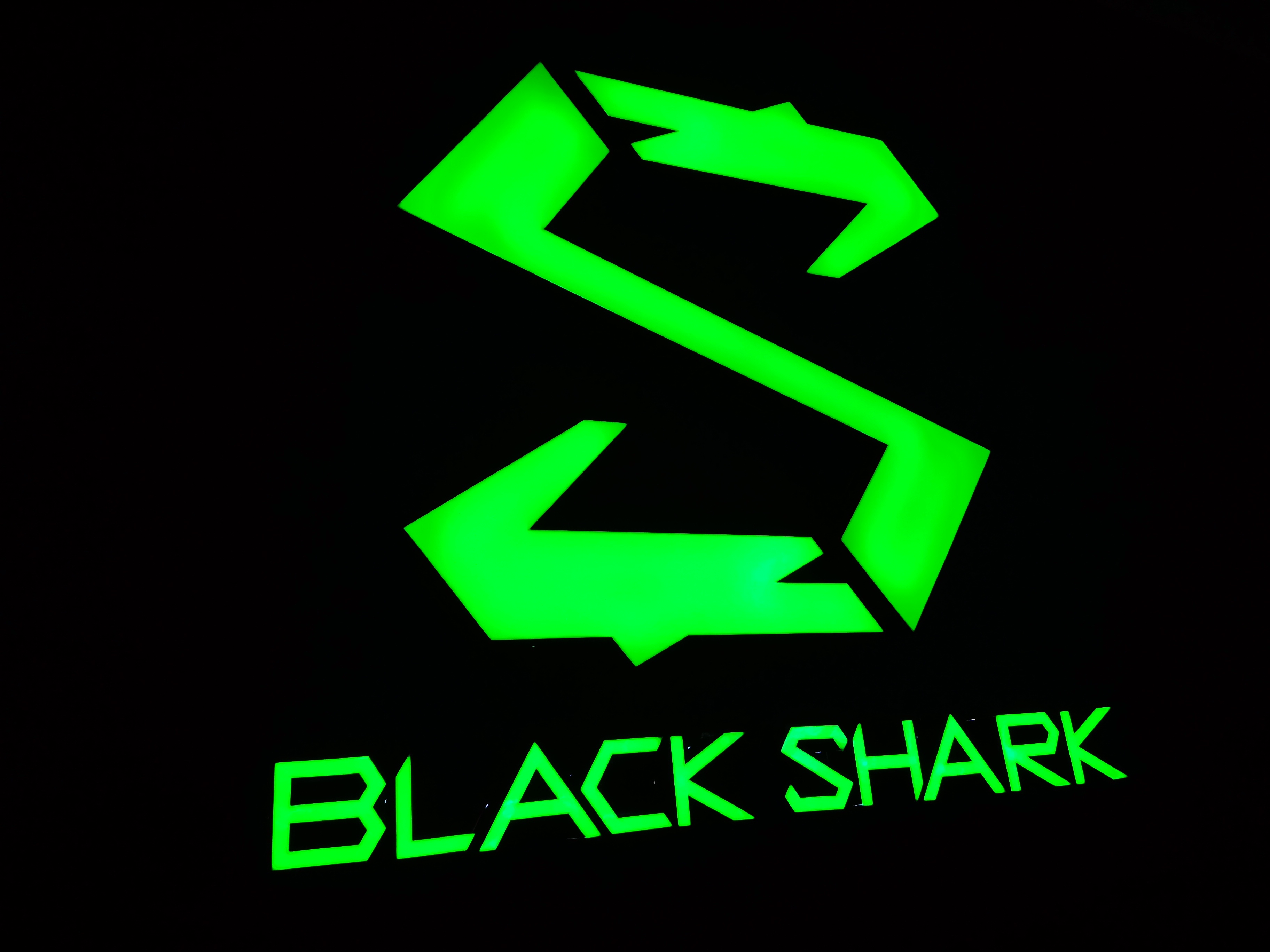 Related news
Lei Jun likes black shark 3 lift game button: the first time mobile phone has the feeling of palm
Tencent Black Shark game mobile 3 Pro through the hot line exclusive version official announcement: physical "plug-in"
Hot news this week
||||||||
Celebrating Hubble's 30-year launch of NASA's "birthday universe" special page
865 Jiachi Meizu 17 access: support 30W fast charging
HuaweiP40 release: with HMS hard-core google, no price increase to grab the global high-end machine market
More than 60000 original articles are protected every day, and Tencent's "zhixinlian" helps the author of penguin to protect his rights
Awesome China scholar! The latest paper on the cover of Science: how the new coronavirus invades cells
Lenovo into Luo Yonghao's first collaborators? Insiders: not settled in contact
Xiaomi 10 / 10 Pro mobile phone goes out to sea: Show crooked nuts what the earth looks like under 100 million pixels
Is telecommuting inefficient? The father of Linux has five experiences
Lei Jun: Xiaomi 10 Pro has dominated the list for a month and a half
The most popular news this week
Tai-Bing Electric Vehicle "Thunderstorm Battle" Operation has achieved remarkable results in pursuit of Fujian, Hunan, Jiangxi and Anhui provinces
Zhao Ming denies 4G mobile phone inventory: glory has been in short supply
DxOMark praises Huawei's P40 Pro: taking photos for 140 minutes, creating an unparalleled still image effect
Where is the bull of YouTube that everyone wants to be?
Multiple pirated tools implanted rootkit virus Tencent computer housekeeper overall investigation and killing
Xu Lei of Jingdong talks about Ruixing's financial fraud: it is destructive to the image of Chinese Enterprises
Exclusive interview with Sony Takahashi: X1 chip will be popularized throughout the line 8K will not be stranded
Amazon: the US station will no longer sell N95 masks and give priority to providing materials to hospitals
Wang Chen, vice president of Chinese Academy of Engineering
The price of "fracture" in steam game