In February this year,US President Donald

However, many public health experts believe that the possibility of effectively eradicating AIDS by 2030 is considerable, both in the United States and around the world. It's a lot of work and we didn't get off to a good start.

AIDS appeared more than 40 years ago. It is estimated that there are about 37.9 million people living with HIV all over the world, and this disease will accompany them for life. For decades, we've had antiretroviral drugs that can significantly reduce the level of virus in the human body and prevent the last, and often fatal, stage of infection, the onset.

At this stage, HIV will destroy the immune system and officially enter the acquired immunodeficiency syndrome (AIDS). Therefore, in today's medical conditions, the average life span of people who started AIDS treatment earlier is close to the normal level; many patients' viral load is very low, so they can not be transmitted to other people.

In recent years, scientists have been improving the use of anti-AIDS drugs for cocktail therapy as

In addition, there are

These new and old interventions have led to the creation of a strong strategy aimed at reducing the spread of pandemic diseases since the 1990s. This strategy is mainly to find hidden HIV cases through screening, especially in high-risk groups; help patients to receive treatment, so that they are no longer expected to be infectious; help vulnerable groups to reduce the risk of infection.

In 2016, the United Nations released a report outlining the goal of eliminating HIV as a global public health threat by 2030. The authors estimate that to achieve this, the number of new infections every year should be less than 200000, 95% of whom need to know their HIV status; 95% of HIV positive people need to be treated, and 95% of those who receive treatment can completely inhibit the virus.

In places like New York, AIDS is accelerating its demise. In 2014, the state of New York announced

New York City's success has come from making pre exposure prophylactics more accessible and affordable by increasing Medicaid funding; on the other hand, giving registered nurses the ability to check people for sexually transmitted diseases and funding clinics that can provide low-cost or cost-effective testing and treatment services. These measures target populations at higher risk of HIV infection, such as men who have sex with men of the same sex, and Keosha

Despite the success of New York City, there is reason to be concerned about the recent AIDS prevention efforts. Trump's 2030 plan of action was not implemented until recently, with about $291 million allocated. At the same time, the trump administration has weakened its influence elsewhere, cutting programs designed to help eradicate AIDS globally and making housing more affordable for people living with HIV.

The Trump administration has also succeeded in cutting funding for the LittleX clinics that provide family planning services, including contraception, because they provide abortion services or introduce women to other places where they can have abortions. The Trump administration has also paved the way for states to cut funding for Medicaid, the most common source of insurance for people living with AIDS.

One of the main reasons for this low rate of inhibition is that the cost of AIDS treatment in the United States is much higher than in other countries. The U.S. Centers for Disease Control and Prevention estimates that the cost of health care for a person living with HIV in his lifetime is about $485,500.

Most of the financial burden falls on insurance companies and aid programs, but in the United States, the increase of upfront costs leads to the increase of out of pocket expenses, which will inevitably force some people to stop taking drugs quantitatively or completely. A study in December 2019 found that 7% of AIDS patients were unable to adhere to medication due to cost problems, while 14% had to adopt drug saving methods.

Moreover, the drugs needed to maintain the health of AIDS patients have not become cheaper. A research paper published in February 2019 found that the initial cost of treatment for antiretroviral drugs in the United States has been steadily rising, even above the level of inflation, between 2012 and 2018. This means that companies raise prices to make more profits, not because they have to.

The high price of anti-AIDS and prEP drugs. Medicines from Glyde Science

Even with insurance, taking PrEP drugs forces patients to pay high out-of-pocket and deductible amounts, leaving them unburdened for the long term. High market prices also affect the like

Some reforms are in progress. According to last year's recommendation of the Advisory Board appointed by the US government, by 2021, prep drugs should be widely available as prevention services, and insurance companies will have to pay for prep drugs without sharing any high-risk patient costs.

Geely will be forced to release the generic drug for truvada later this year after a failed lawsuit against the u.s. government over its patent. In one

Around the world, efforts to eradicate AIDS have also encountered some difficulties. Since the beginning of the 20th century, the number of new infections and AIDS related deaths has decreased significantly, especially in Africa, but over time, these numbers have declined by less and less.

A UN report in 2019 states that we are likely to be unable to fully meet the United Nations's set of global AIDS targets by 2020 and to end the epidemic by 2030. According to the World Health Organization (WHO),1.1 million people were newly infected with HIV in 2018.

The lack of funding has set back efforts to eliminate AIDS. The United Nations has asked Member States to commit $26 billion a year to its projects by 2020, but in 2018 it received only $19 billion, a billion less than the previous year.This kind of short-sighted shortage of funds will not only hinder saving lives, but also may bring economic losses to the world. According to the study cited in the UN report, every dollar used to end the HIV epidemic faster will bring about economic returns of $2 to $6 in the future.

When it comes to the virus itself, there are other concerns. In many countries, HIV, which is resistant to treatment, has begun to emerge. A 2018 WHO report found that at least 10 percent of HIV-positive people in 12 countries in Africa, Asia and the Americas are resistant to two common first-line drugs.

This threshold makes it dangerous to continue to provide these two drugs to the rest of these countries. Doctors can also use other AIDS drugs to treat these cases, but may seriously hinder future treatment.

Ideally, the best way to permanently address AIDS is to find a cure or vaccine, but the elusive nature of the virus has long plagued scientists. During treatment, HIV is hidden in the human body

Prospective areas of research, such as awakening dormant HIV particles and then eliminating them

Johnston is hopeful about developing other strategies to deal with aids in the future, such as gene editing techniques such as CRISPR. These new technologies can track the virus itself, or indirectly strengthen the immune cells that HIV attempts to infect. Researchers are also developing more durable antiretroviral therapy, hoping to keep people taking it weeks or months apart. As of 2019, at least one phase III clinical trial is ongoing. These treatments will make it easier to suppress HIV while reducing the risk of developing drug resistance.

AIDS cure or vaccine will certainly be a great achievement, but they may not be able to play an important role in time for the next decade. Fortunately, we do not necessarily need to curb the spread of AIDS. Keio

The biggest challenge to eradicating AIDS remains human factors. Some important public health interventions, such as the syringe replacement program in the United States, have not been fully implemented and are demonized by some human demons. Fear of stigma and misunderstanding of HIV continue to make people reluctant to be tested. Poverty and greed for drugs still keep people away from real life-saving drugs.

It is not easy to get rid of HIV forever, but it is possible to build a better world. In this world, only when the majority of people unite can the current epidemic be completely eliminated. 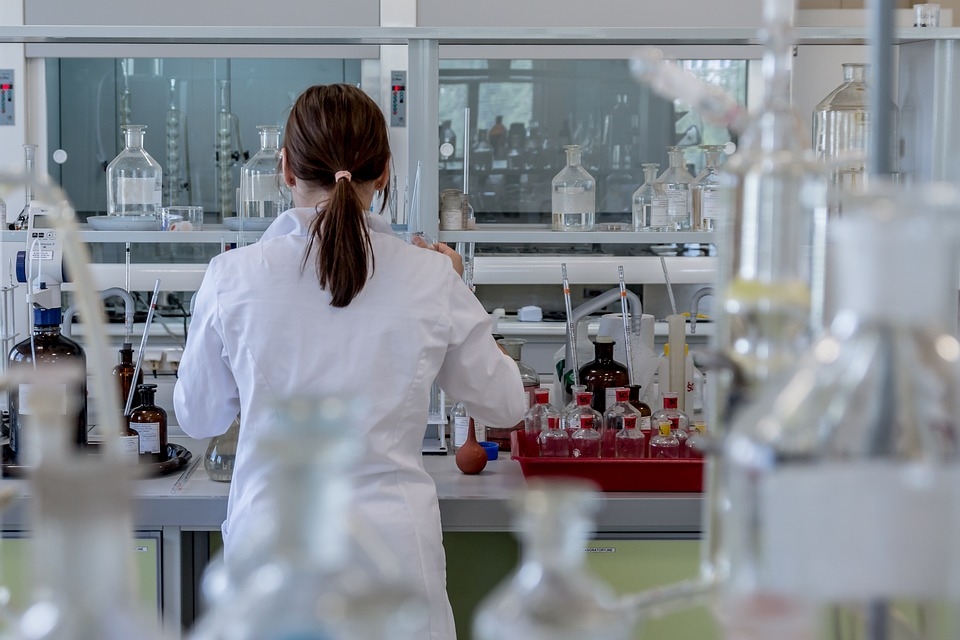 Related news
U.S. company claims to develop a cure for HIV: has applied to FDA for clinical trials
The linely group's best mobile processor of the year: God u Kirin 810 wins the title
"Generation God U" Kirin 810 gets The Linely Group's annual "Best Cell Phone Processor Chip"
The U.S. wants to end AIDS: start with genes, prevent and control same-sex sex, switch syringes, etc
Hot news this week
Synergy Research released 2020Q1 China public cloud market report Baidu Intelligent Cloud stable third
Wechat has not done this function for N years! Use this app to make up for the defects of wechat
Gree's response to "being disqualified from winning the bid": a mistake made by the bidder in sorting out the materials
It's a traditional vertical record! Evaluation of Toshiba MG08 16TB second generation enterprise class helium filled hard disk
Microsoft official free data recovery tool windows file recovery experience
2020 wechat Dragon Boat Festival travel big data: the number of wechat payments increased by 43% year on year, and the post-90s most like to travel
Apple wants to know: what do you do with the charging head of the old iPhone?
NASA's face touching Necklace: vibration warning to prevent the spread of new coronavirus
This design Chinese old man Le Du suit! Norwegian one-car push mini-stepping car: human electric two powe
Amazon cancels disposable plastic products in India
The most popular news this week
A 400-brand evacuation Facebook： the internet giant strangled?
"Headline party" panning for gold on the edge of wechat's "red line": the cost of doing evil is very low
Was China Mobile disqualified from winning the bid due to fraud? Gree: peer malicious slander attack
Samsung Galaxy note 20 and note 20 ultra are likely to be the most expensive note models in history
This session star is not the spokesperson, enter the Internet enterprise more fragrant?
China accounts for 94% of us fireworks imports
Manon, USA, is fleeing Silicon Valley
ASUS main board leads Rog day fans Carnival highlights
What's more than a shot? These hidden functions of the updated wechat are 6
600 flat art space high speed coverage! Glory Road 3 Help China Academy of Fine Arts build Cloud Graduation Exhibition