Tesla's domestic model 3 has been delivered for one hundred days, and the battery life and chip configuration reduction cause dissatisfaction among consumers

The delivery of domestic model 3 was less than 100 days, and Tesla began to dispute again. Since January 2020, a number of model 3 domestic car owners have expressed their psychological gap and dissatisfaction with the company after collecting the car on social media.

Although Tesla did not release the delivery data of domestic Tesla, according to the weekly production capacity of Tesla Shanghai factory previously announced, Tesla Shanghai factory has now produced more than 30000 models. Thousands of domestic models involving different types of electric core vehicles and chips account for about 10% of the total.

Although Tesla explained the chip problem on March 3, it said that owners of fully automated driving services would replace hw3.0 chips for free. However, for the distance between the imported Panasonic cell and the domestic LG Chemical cell, Tesla, which will adopt LG Chemical cell for a long time in the future, may face no solution in the short term.

The endurance of two kinds of different cells is nearly the same60km, the actual hardware is different from the inventory hardware

Although the surface distance between them is only 10km, there is a huge gap in the actual distance. A large number of measured results of car owners show that the typical endurance mileage of the model 3 with Panasonic cell after charging is generally between 370-380km, but for the vehicles with LG Chemical cell, the maximum is 360km, and even the typical endurance mileage of the car owners after charging is only 320km, which is 60km different from that of Panasonic. 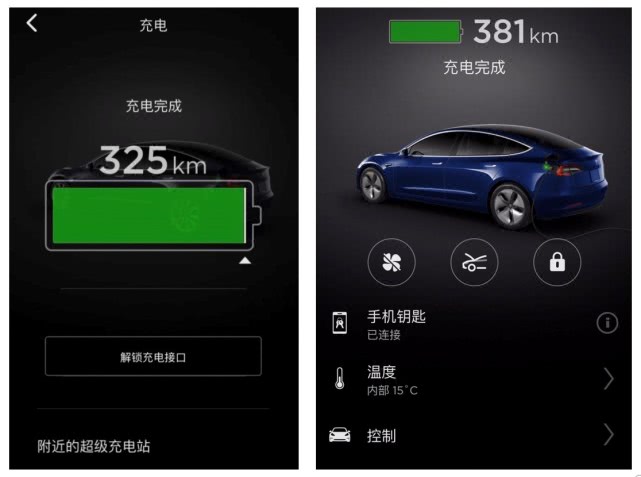 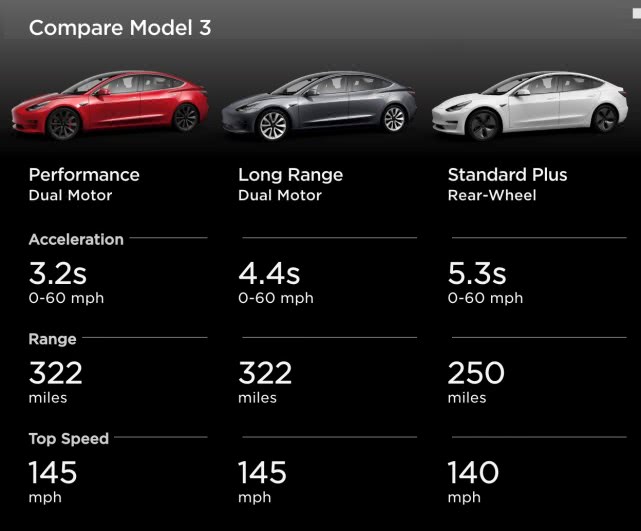 In addition to the range gap caused by the use of different cells, there is also a discrepancy between the actual hardware and the list hardware in the domestic model 3 delivered to consumers. According to Tesla owners, the list shows that their vehicle controller model is 1462554; however, the vehicle controller model shown on the vehicle delivered to consumers is 1483112. Tencent News periscope learned that in Tesla's internal specifications, hw2.5's hardware code starts with the number 148, while hw3.0's code starts with the number 146.

Hw3.0 is Tesla's launch of the autopilot chip on the autonomy day in April 2019. The chip is Tesla's new computing platform for fully autonomous driving (FSD). The total power of the two chips in the hardware is up to 144yops (trillion times per second), with the image processing capacity of 2300 frames per second, 21 times of the previous hw2.5 version, and the computing power is increased by about 7 times. 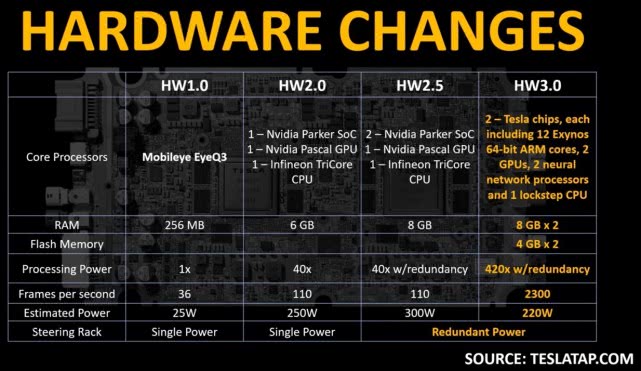 (comparison of parameters of different versions of Tesla autopilot chip)

Free from supplier control, Tesla plans to produce its own battery

Farewell to Panasonic, the supplier of long-term exclusive cooperation, the main reason for domestic Tesla to choose LG Chemical as its supplier is: on the one hand, musk has publicly complained for many times that the joint venture factory in Nevada of both parties affected the normal delivery of model 3 due to capacity constraints. After the factory increased its capacity to 35gwh, Panasonic refused to invest more money to increase its capacity to 50gwh. On the other hand, Tesla must achieve 100% localization rate in 2020, Nevada plant is in a long-term loss state, and Panasonic is unlikely to invest in new plants in China.

There are signs that Tesla is in the process of laying out its own battery plant. On the day of the announcement of Tesla's Berlin super factory, Tesla said on personal twitter that the factory will be used to produce batteries, power systems and complete vehicles. At the same time, it is mentioned in the recruitment information of the factory that the company is looking for battery manufacturing equipment development engineer, responsible for planning and managing new battery manufacturing and equipment engineering projects, participating in the design, development, trial operation and improvement of battery manufacturing equipment, and responsible for process and product design test, inspection and innovation in the cross departmental team.

Since 2015, Tesla has frequently deployed battery related fields. A series of investments in Dane's team, Maxwell and HIBAR means Tesla has a series of technologies including battery, electrolyte, diaphragm, battery shell and battery manufacturing process.

In February 2019, Tesla announced its $218 million acquisition of battery technology company Maxwell. Founded in San Diego in 1965, the company mainly provides R & D services for the U.S. military and other government agencies. Since the 1990s, the company began to turn to the commercial application of technology and products, mainly engaged in the R & D and production of super capacitor technology, dry electrode coating technology and pre lithium Technology.

In October 2019, Tesla Canada listed HIBAR as a holding subsidiary in a document submitted to government departments. HIBAR company, founded in 1974 by Heinz barAll, a German Canadian engineer, is an important supplier of primary and secondary battery production lines. Its main business is manufacturing high-precision quantitative liquid injection pump, liquid injection distribution system and automatic battery. According to the data, HIBAR established a subsidiary in China in 2003. At present, its head office in China is located in Ningbo City, Zhejiang Province. In 2014, more than 50% of its business came from China.