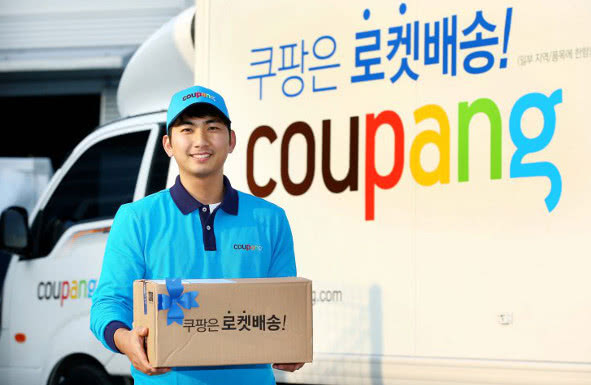 Tencent technology news, according to foreign media reports, according to sources monday revealed that south korea's leading e-commerce operator Coupang plans to buy a major stake in eBay south korean branch, because the company is seeking to expand the entire company, followed by an initial public offering (IPO) on nasdaq.

According to a report released by Hana Daewoo securities, a local brokerage, coupang's largest shareholder could buy control of eBay's South Korean subsidiary. The South Korean e-commerce giant is likely to make an IPO in the US tech heavy Nasdaq next year and get more money from investors. EBay South Korea is waiting to sell.

Analysts at Hanya Daewoo Securities Park Jong-dae wrote in a report to clients:

As of now, Coupang has received $3 billion from softbank and its vision fund, and its daily delivery has climbed from about 2.2 million at the end of last year to 3 million in mid-february.

An outbreak of coronavirus has helped Coupang a lot in order. However, most of these orders are low-margin goods, such as cheap household goods and fresh produce, so some analysts question the company's long-term profitability.

Because institutional investors typically weigh specific plans for sustainable development and profit predictability, Coupang less impressive financial statements would be a lot more if they sought to list in the US

But regulatory filings show that as of 2018, the company reported an operating loss of 1.1 trillion won, despite a 65% surge in revenue to 4.4 trillion won. That means it sells a lot; however, its main products are not expensive. In the past five years, coupang has reported a total operating loss of about won 3 trillion. From the perspective of profit predictability, coupang looks very competitive, because its total transaction volume as of 2018 is about 12 trillion won, which helps it become the largest e-commerce operator in South Korea.

SK securities, another local brokerage, recently said it would have to adhere to conservative valuation standards for deficit unicorns if Coupang listed in the u.s. stock market. Office-sharing space startups

An industry source who did not want to be named said:

Related news
"Korean Amazon" coupang will be listed next year, Harvard dropout will become the first unicorn in China
NYSE parent company plans to buy eBay for us $30 billion
Coupang, a Korean e-commerce giant, plans to acquire eBay's South Korean branch and go public in the United States next year
@666 Join illuminati Kingdom in United Kingdom +27839387284
Strong Money Spells in United States (USA) | spiritual rats
here.@ ***
Hot news this week
With the NIL technology, Canon wants to provide China with a lithography machine comparable to the EUV
The Long March 9 is basically confirmed: the low-orbit carrying capacity of 150 tons can carry the entire space station into space
A small plane in the US has crashed into a 30-metre high voltage power line and got stuck: 80,000 people affected
Alibaba launched a new cross-border e-commerce platform in Spain, aiming to operate independently in the middle and high-end market
Can recording others' wechat chat records be used as evidence? The Beijing Internet Court has an answer
Google is concerned that Microsoft's acquisition of Activision Blizzard will affect the ChromeOS experience
When pure water is used in China team to solve the problem of seawater hydrogen production: it is expected to become an original industry
It's not just Huawei! Beidou has penetrated more than 20 industries and applied more than 15.5 million products
The second generation Snapdragon 8 flagship! Mi 13 toughened film appeared: four sides and other narrow screen accounted for a stable ratio
A Tesla crashed into two cars in Taizhou, Zhejiang province, killing two and injuring one, police said
The most popular news this week
Intel says key issues with U.S. chips have been resolved
RTX 4090 card into PPT 3A game masterpiece apology urgent update patch
Transsion will be holding a launch event in Dubai in addition to mobile phones and laptops
The first Snapdragon 8 series phone in the popular colors of 2023 hits the shelves: a stunning 5600 yuan design
Why do laptops need more memory?
Increase production capacity! Apple speeds up iP14 Pro shipments: Arrive as soon as New Year's Day 2023
What a fan! Netizens spend ten thousand yuan to get three mobile phones at once: beautiful
A bachelor's degree is needed for a New York City rat control manager who earns 1.2 million yuan a year
4090/80 Take that! Third party pre-orders for AMD RX7900: The most expensive over 11,000
Mi 13 series press conference preview: It is likely to start 3999