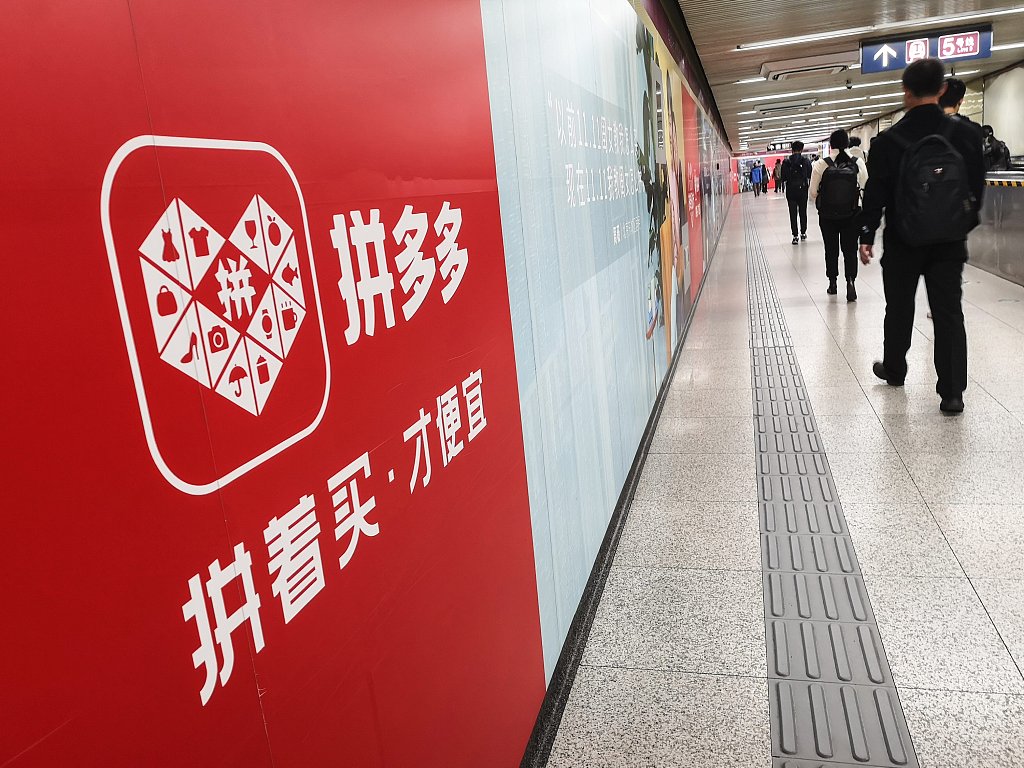 Article financial report of the company

Founded two years listed, four years GMV exceeded trillion yuan, grew into the third pole of Chinese e-commerce. However, pinduoduo has been controversial since its birth and boasts social media

On March 11, pinduoduo released its financial report for the fourth quarter and the whole year of 2019. According to the financial report, pinduoduo's revenue in the fourth quarter was 10.79 billion yuan, up 91% year-on-year, which was lower than the market expectation of 11.121 billion yuan. The net loss was 1.75 billion yuan, a year-on-year decrease of 28%, and the net loss rate was also reduced from 31% in the previous quarter to 16% in the current quarter. 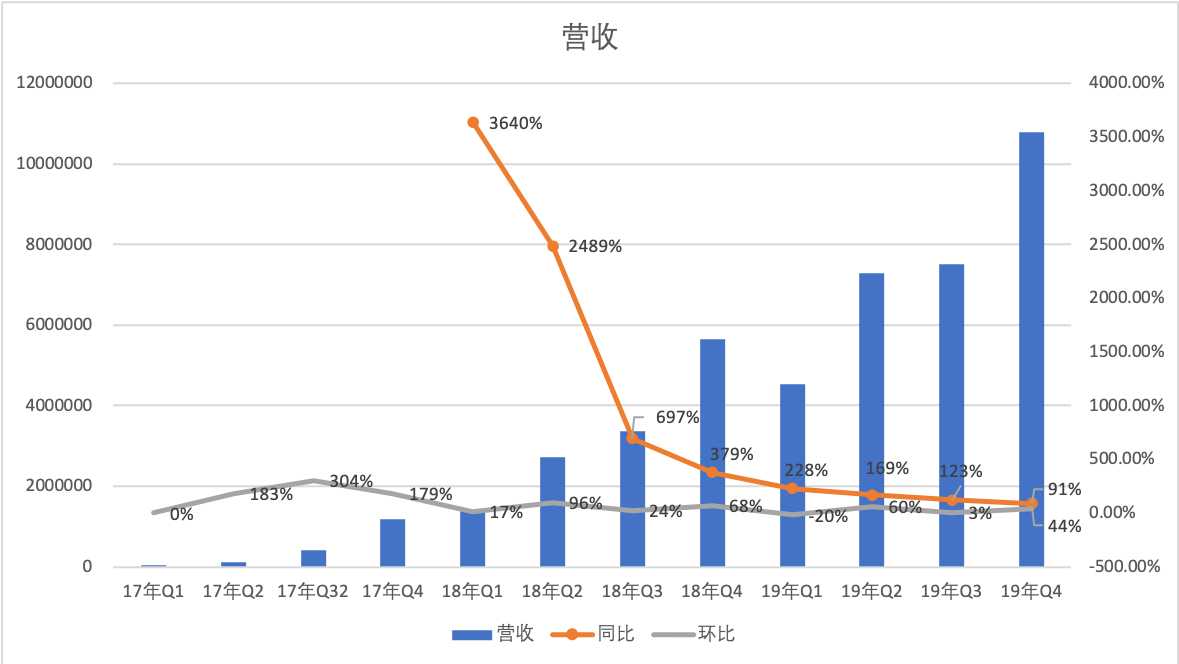 Is the growth myth going on?

In the fourth quarter of 2019, pinduoduo is still pursuing rapid expansion, mainly reflected in the growth of the number of users and the scale of Gmv. In the fourth quarter, the number of active users was 481.5 million, up 77% year on year. As of December 31, 2019, the annual active buyers were 558.2 million, up 40% year on year, while Alibaba's annual active buyers for the same period were 710 million, and JD's were 360 million. 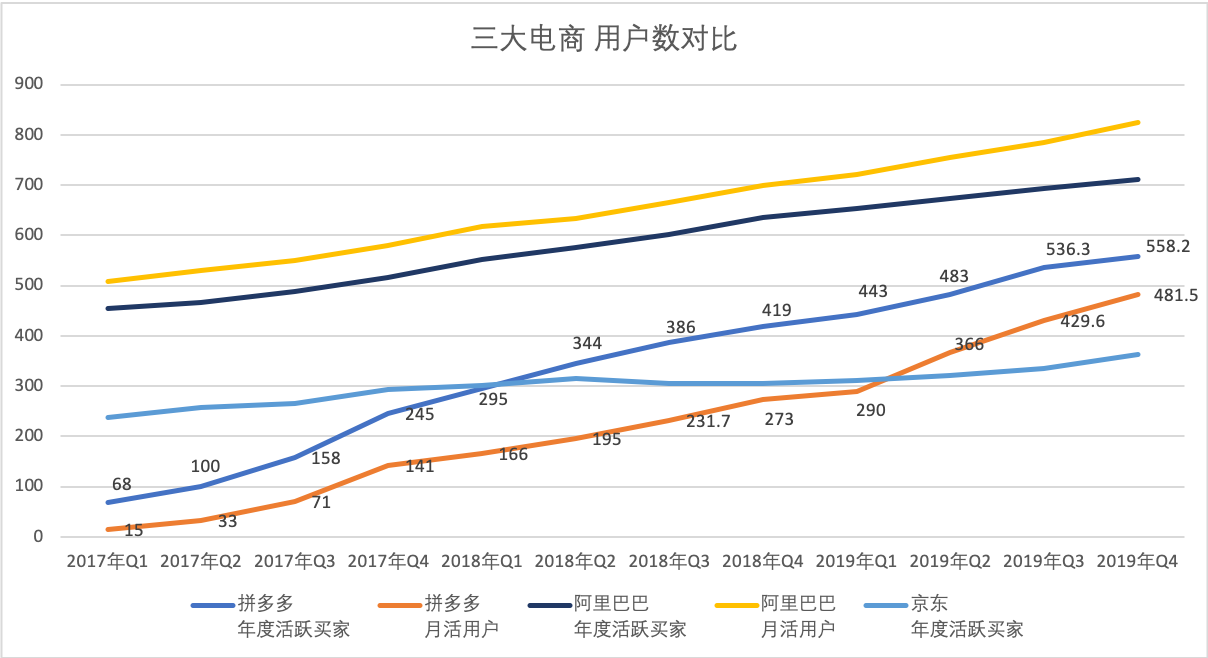 As shown in the figure above, the growth rate of monthly live users of pinduoduo in 2019 is very rapid, even steeper than the growth curve in 2018, catching up with the growth rate in 2017 when the base number is small.

"Financial report to see the company" in "pinduoduo can rely on c2m counter attack?"? 》It is pointed out in the article that pinduoduo's annual active buyers surpassed JD in Q1 2018 and are further catching up with Alibaba.

In terms of Gmv, pinduoduo broke through the trillion mark for the first time in 2019, reaching 1006.6 billion yuan. However, the growth rate of Gmv has slowed down significantly, with a year-on-year growth rate of 113%, compared with 851% in the first quarter of 2018. 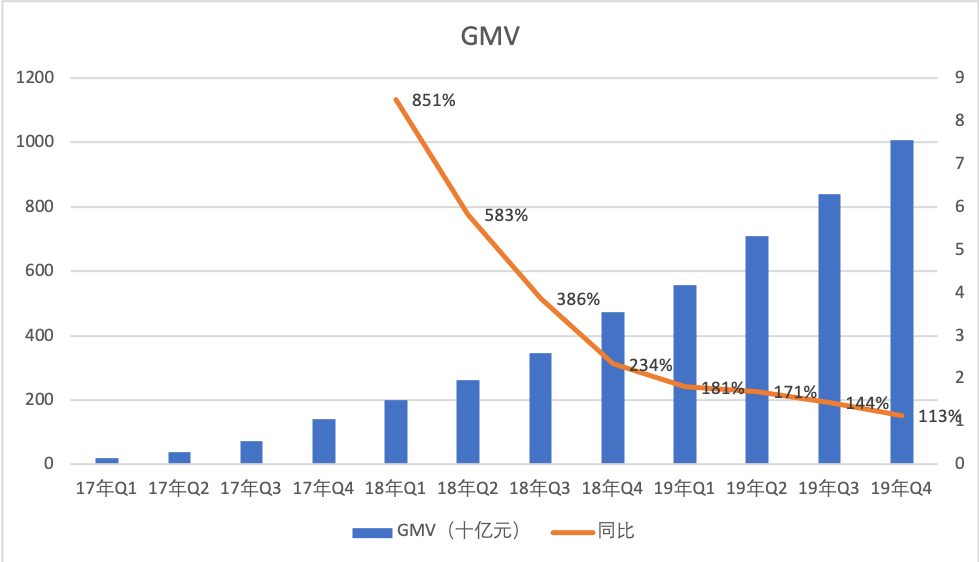 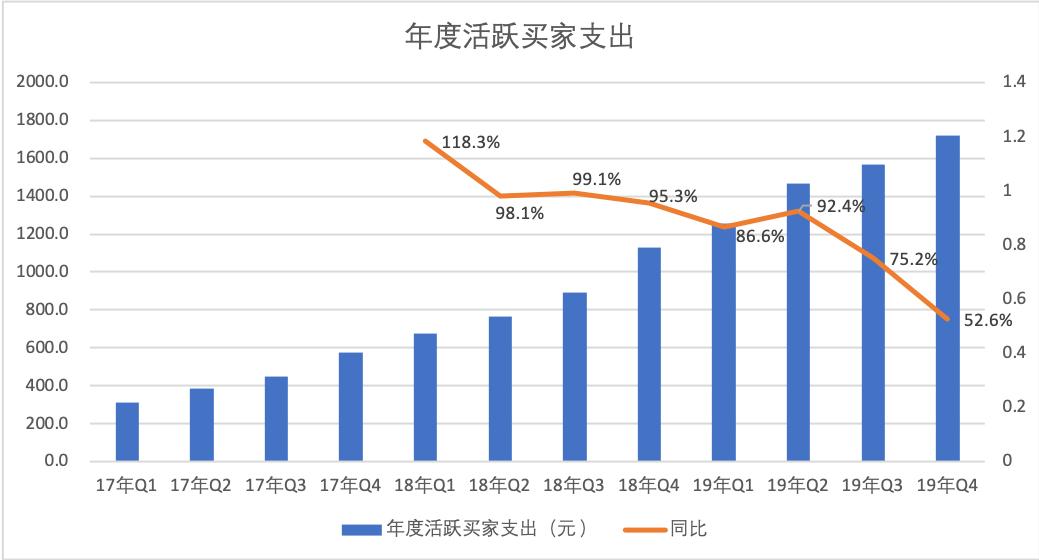 It can be seen that pinduoduo still attaches great importance to the growth of users and the improvement of per capita consumption in 2019, and has paid corresponding costs. According to the calculation method of marketing expenses / new users, pinduoduo's customer acquisition cost in the fourth quarter was 184 yuan, up from 177 yuan in the same period last year.

It should be noted, however, that this calculation is not rigorous, by 2018, pinduoduo to 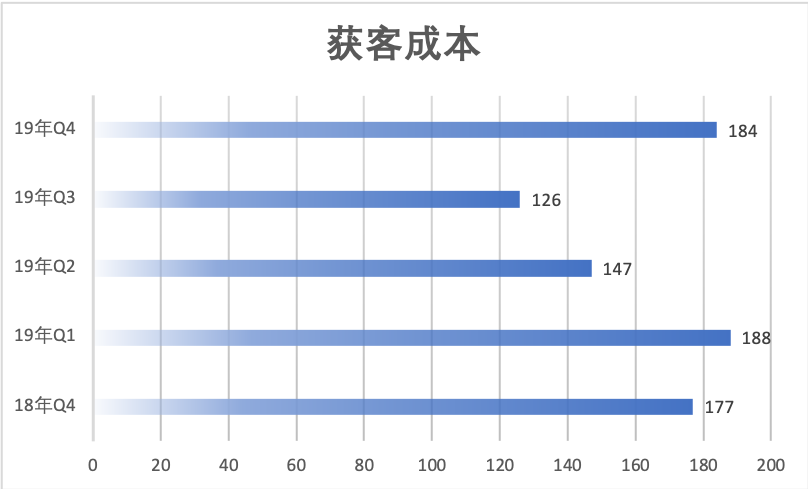 Thanks to the consumer psychology and habit grasp of Chinese low-line city consumers, relying on WeChat social circle, pinduoduo in the red sea of e-commerce. Since 2020, pinduoduo has launched

However, continuous screen guidance, private friends sent applications, so that the privacy of users can not prevent the problem. There are many lessons to be learned before, on the social road, all non-user spontaneous

In terms of cost, the revenue cost is 2.03 billion yuan, the growth is mainly due to the increase in the cost of cloud services, call center and merchant support services. The gross profit rate has been stable since 2018. 81% of the gross profit rate in this quarter is a high level since the establishment of four and a half years ago, second only to Q2 in 2018. 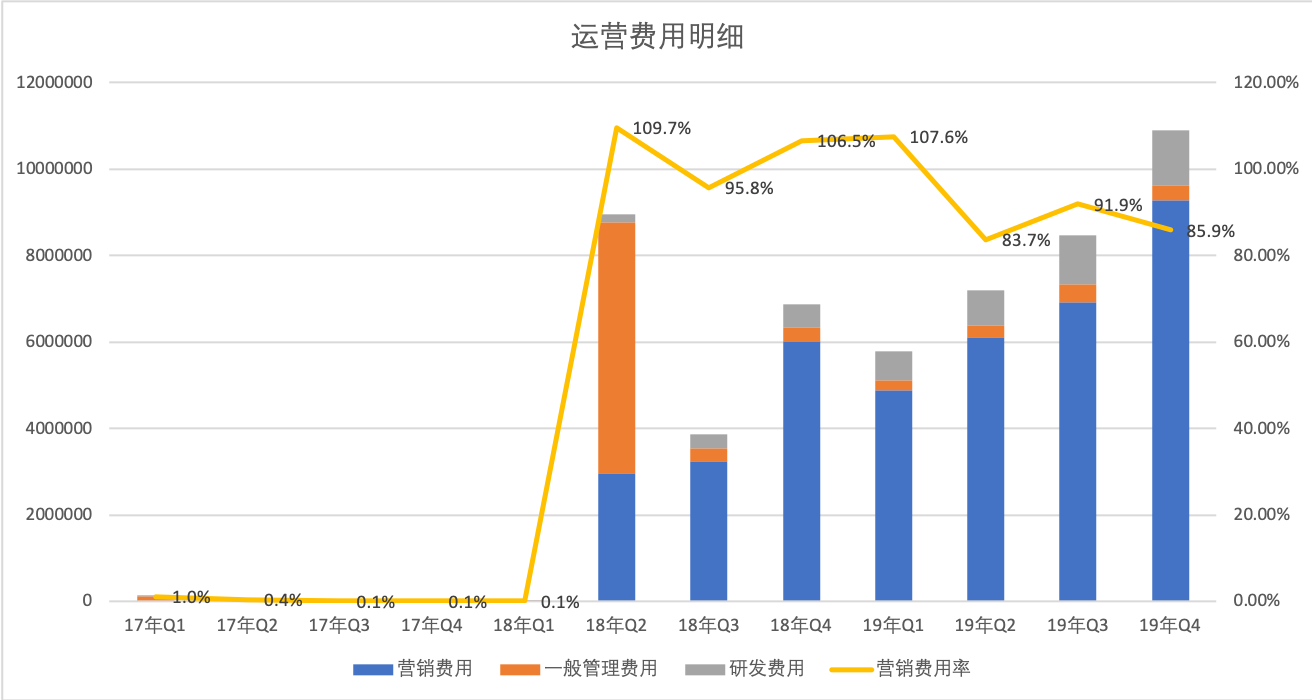 Pinduoduo's operating costs have been high. In addition to the special situation in the second quarter of 2018, due to the increase in the number of employees and the cost of stock remuneration before and after the listing, the general and administrative expenses have increased to RMB 5.807 billion (US $876.6 million), a significant increase from RMB 6 million in the same period of 2017.

According to the financial report, pinduoduoPinduoduo is still using tens of billions of subsidies and advertising and other marketing expenses to exchange for performance growth, as mentioned above, it's more the repurchase rate of old users than that of new ones.

Huang Zheng, founder and CEO of pinduoduo, said at an analyst conference call 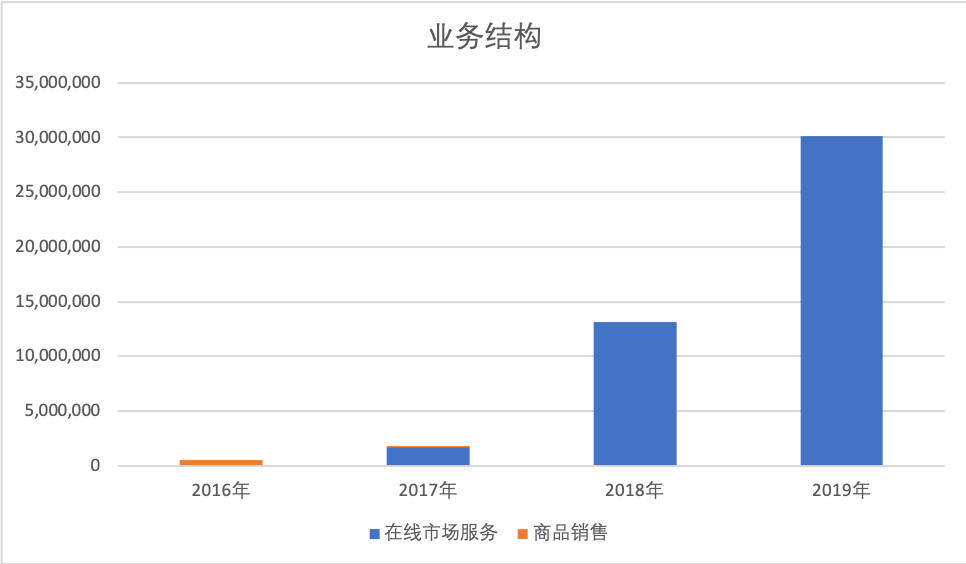 In the future, if pinduoduo wants to balance profits, there is still a lot of room for improvement. However, at present, compared with tmall and JD, the number of brand merchants in pinduoduo is still difficult to compare, and the payment ability of small and medium-sized merchants is still far behind that of large merchants, so the charging pace of pinduoduo cannot be too fast.

By the end of 2019, the customer's prepayment and deferred income were RMB 606 million, the merchant deposit was RMB 7.84 billion, and the amount payable to the merchant was RMB 29.92 billion, all of which were shown as liabilities in the financial statements.

After a series of measures, pinduoduo's net loss in the fourth quarter of 2019 was 1.75 billion yuan, a year-on-year decrease of 28%, and the net loss rate was also reduced from 31% in the previous quarter to 16% in the current quarter.

A point that pinduoduo CFO David Liu revealed at a post-financial analyst meeting was very interesting,

At the meeting of financial analysts this quarter, although many analysts want to know about the sales of categories on pinduoduo platform, Huang Zheng and David Liu are very cautious. Among them, there are only a few references to the sale of agricultural products.

Kwai Chung, including the three big business platforms including tiktok, and fast hands and jitter, are all enthusiastic about the sale of agricultural products. On the one hand, this is due to the unsalable agricultural products during the Spring Festival, which is equivalent to public welfare; on the other hand, the fresh food in the first and second tier cities is very popular, which is undoubtedly a good business opportunity to do a good sales match between them. 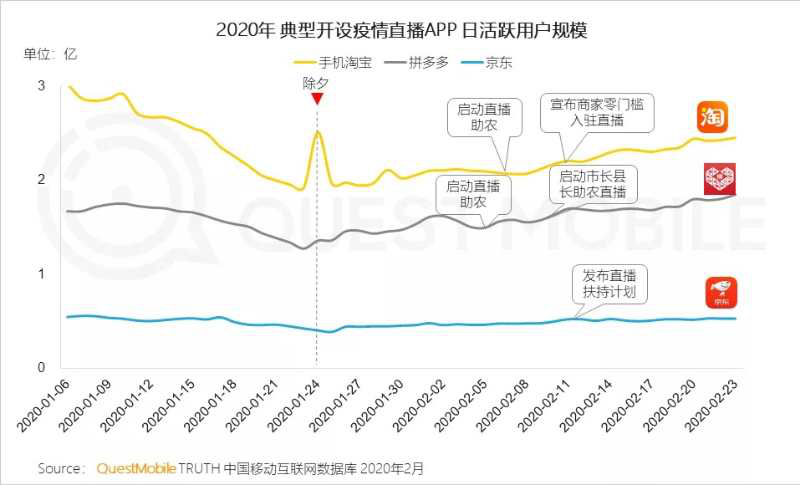