What kind of chips AMD, together with Sony and Microsoft has customized for the new generation of mainframe often causes discussion among game fans. To this end, some netizens have picked up clues from the LinkedIn file of an AMD SOC R & D director.

The director described the SoC on the Xbox Series X as the most complex design of the game console so far, There is not only x86 architecture but also ARM, full graphics engine at the CPU level, all based on 7 nm process building (TSMC 2nd generation 7 nm DUV).

He mentioned that the development team gathered IP scheme design experts from the United States, China and India, with a scale of more than 100 people. 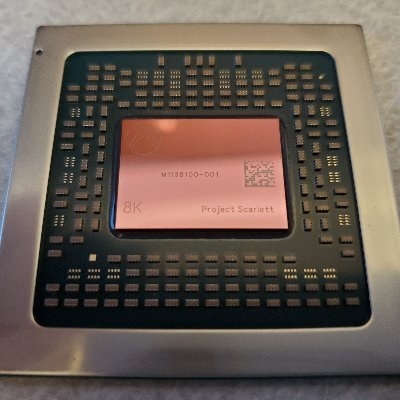 The mix of ARM x86 designs is really interesting, and Intel previously three-packed Lakefield was nothing more than a Sunny Cove Tremont (atom platform), although it was also a size core, but at least a x86 system. ARM introduction, it is expected to do efficiency responsibility, in standby, video playback, blue disc reading and other relatively low load tasks before the charge, reduce the power consumption and heating of the whole machine.

Previously, Microsoft said that the CPU performance of Xbox series X is four times that of Xbox one, and the external analysis is equivalent to sharp dragon 51600. In addition, the GPU single precision floating-point performance of xsx host reaches 12tflops, which is 20% higher than the 50th anniversary version of Rx 5700 XT, becoming a powerful guarantee for 8K output, 4K 120Hz and hardware acceleration ray tracing.