The top scientist returned to China after the U.S. investigation to develop a new rapid detection method for coronavirus

Science has no borders, but scientists have their own homeland. Many years ago, a highly qualified student from China, who received a doctorate in the United States, then served as a professor of chemical biology at a university in the United States ,25 years ago, became a top expert in this field; but in 2019, under the investigation and resistance of the United States government department, he finally resigned and returned to China.

A professor at the University of Florida in China

This expert is Tan Weihong, an academician of the Chinese Academy of Sciences and currently vice president of Hunan University.

Tan Weihong, born in Hunan in May 1960, went to the United States for further study after his master's degree in Shanxi Institute of Coal Chemistry, Chinese Academy of Sciences, and obtained a doctorate in physics and chemistry from the University of Michigan in 1992. 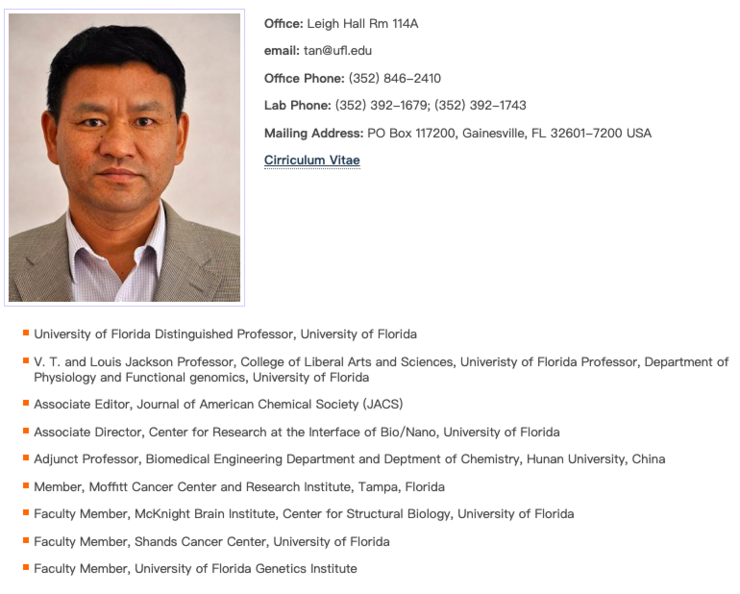 According to the public information, Professor Tan Weihong has carried out a series of international leading research work in the fields of biological analysis chemistry, chemical biology, nano biotechnology and biomedical engineering.

among them, he proposed a new concept of nucleic acid aptamer live cell screening, established a nucleic acid aptamer screening method with live cells as the target, and realized the specific recognition of many major disease cells such as cancer by using the obtained molecular probes, which opened up a new way to solve the problem of cell research lacking molecular probes.

Up to now, according to the latest public data, Tan Weihong has published more than 660 academic papers in science, PNAs, nature series and other internationally renowned academic journals, with h-index = 133. From 2014 to 2018, he was selected into the list of Thomson Reuters China Citation Laureates for four consecutive years.

The latest personnel development of Tan Weihong is that he was appointed president of the Cancer Hospital Affiliated to the Chinese Academy of Sciences in June 2019. In terms of academic trends, Tan Weihong's team published a paper on the famous academic journal JACS, introducing a new strategy of chemokinetic treatment of cancer by using biorthogonal chemistry and prodrug design. 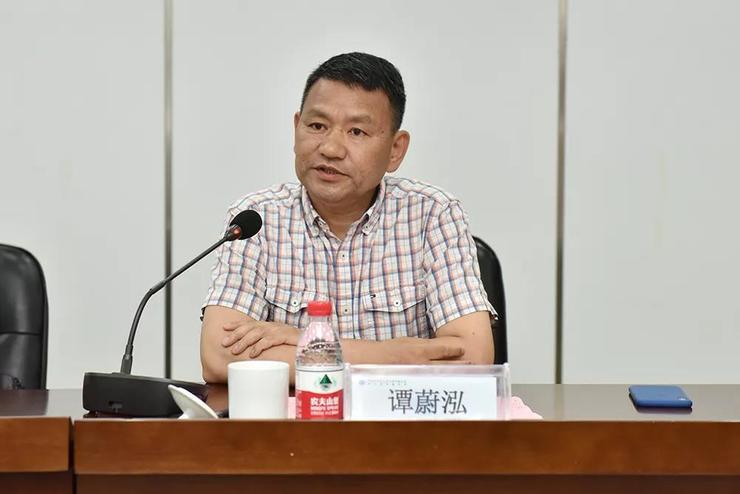 After the outbreak, Tan led a team of 300 scientists and researchers who worked frantically to develop a quick and easy test method for covid-19.

It is understood that this test method was carried out with the support of the Chinese government, and Tan Weihong cooperated with researchers from two other universities and a biotechnology work in the process. The test method can produce results within 40 minutes and can be carried out in a doctor's office or in a non-medical environment such as an airport examination area.

According to an introduction manual provided by Tan Weihong to former colleagues at the University of Florida, this test method has been successfully used in more than 200 hospitals and checkpoints.

After 25 years of American career, he returned to China

So what did Tan Weihong go through when he left his professorship in a famous American University and returned to China?

As mentioned above, Tan Weihong has been teaching at the University of Florida for 25 years and raised two sons in Gainesville. He is also a star researcher funded by the National Institutes of Health (NIH).

It is worth noting that each year, the Department of chemistry at the University of Florida evaluates about 40 faculty members, including the amount raised for research funding and the number and impact of published research. Tan Weihong, who joined the Department in 1996, usually ranks in the top three every year, according to a school official who declined to be named.

As a scientist from China who works in the United States, Tan Weihong has also been selected into China's Yangtze River scholars program and the thousand talents program. Founded in 2008, the thousand talents program aims to reduce China's brain drain on the west by providing China's elite scientists with first-class salaries and laboratory facilities to return to their hometown permanently - but Tan can carry out his work in China while retaining his American work.

In fact, during her stay in Florida, Tan Weihong kept in touch with Hunan University. His resume shows that he left the University of Florida from 1993 to 2019 and has been a part-time professor at Hunan University. 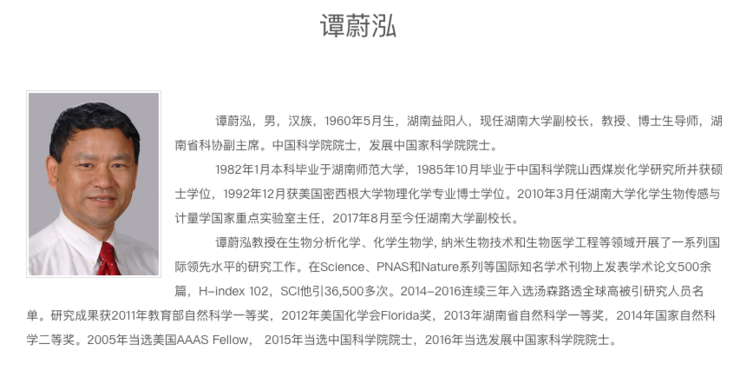 In 2015, when Tan Weihong was elected as an academician of the Chinese Academy of Sciences, Professor William dolbier, then president of chemistry at the University of Florida, wrote to recommend him and praised his ongoing research in China. William dolbier wrote:

According to Tan's colleagues, his workload in China has been increasing in recent years. He told colleagues that his research in China complemented his work at the University of Florida, and that his basic science tests in China (not involving patients) were easier than in the United States.

Of course, Tan told colleagues that his increasing workload in China has put pressure on his full-time job in the United States, and he has considered leaving Florida.

However, in January 2019, NIH informed the University of Florida that Tan Weihong may have an unpublished affiliation with foreign institutions and foreign research funds, and then the University launched an inquiry to tan Weihong. It provided notes to the state special Legislative Council on Tan Weihong and two other researchers allegedly involved in the China talent program, which examined the impact of foreign countries on publicly funded research.

After NIH informed the University of Florida about potential problems with Tan Weihong, the University's research office began reviewing his email.

According to records, he admitted his work in Hunan. In addition, he uses his email account in Florida to work in Hunan, China. Moreover, the investigators found evidence that Tan had a significant connection with the Chinese government funded talent programs, from which he received four research grants and did not tell NIH.

Finally, in 2019, Tan resigned from the University of Florida and told his colleagues that he would work full-time in China.

Of course, Tan's experience is just one of many Chinese researchers in the United States.

In November 2019, John Brown, assistant director of counterintelligence at the FBI, told the U.S. Senate that participants in China's thousand talents program and other Chinese talent programs are generally encouraged to transfer their research and other proprietary information in the United States to China, where they can obtain access to it and remain a major threat to the United States.

In response, a spokesman for the Chinese Embassy in the United States disagreed

The purpose of China's thousand people plan is to promote the flow of talents between China and other countries, and to promote international cooperation in scientific and technological innovation In firmly against any violation of scientific integrity or ethics At the same time, we also condemn the attempt to describe the behavior of individual researchers as the systematic theft of intellectual property rights by the Chinese government It is irresponsible and unintentional to link personal behavior with China's talent plan.

Still, the US is not buying.

So far, the federal government is still investigating Tan's work in China. 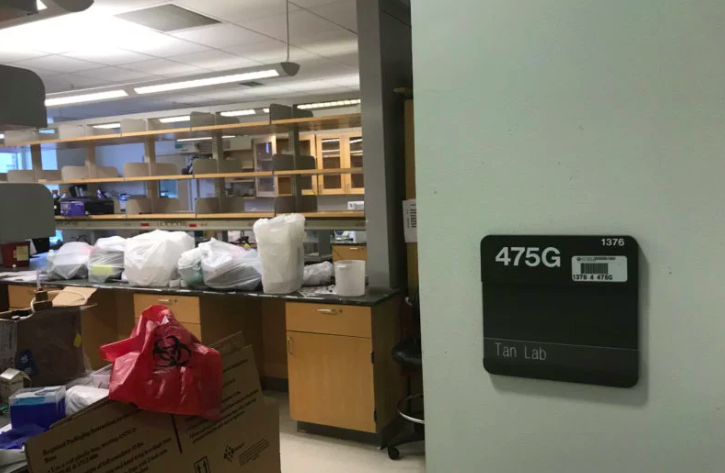 Tan Weihong's office at the University of Florida

In a statement, the University of Florida said it had taken steps to prevent other professors from joining the thousands and hiding foreign positions. The University of Florida rejected most requests for teachers to participate in foreign talent programs because of the introduction of a new risk assessment process in 2018 to test foreign influence, the school said.

It is maintaining a strong and vigilant program to protect our technology and intellectual property from inappropriate foreign influences and to properly monitor UFIDA activities (and its faculty) related to foreign organizations.

However, under such a policy, more and more Chinese researchers are leaving the United States like Qian Xuesen. According to propublica, by investigating the undisclosed information of Tan Weihong and other Chinese researchers, the U.S. government is actually helping China realize the previously difficult thousand person plan.

For Tan's departure, William dolbier, now an honorary professor at the University of Florida, also believes that if Tan can disclose all his work in China, he can avoid his departure. He said:

He is not a man with money in his eyes, nor does he want to steal from America. The development of these drugs is his main focus and goal.

It is worth mentioning that Tan Weihong also told William dolbier that he was happy to try to provide his rapid covid-19 test in the United States.