P40Pro also added a 3-fold focus for mid-range zoom, relaying between wide-angle and periscope long-focus to achieve a smooth transition from mid-range to long-range. A special shot for portrait photography, this lens is close to 85 mm of golden coke.

The main camera uses a RYYB filter color array, and the green pixels in the traditional RGGB CFA are replaced by yellow pixels, increasing the amount of light intake by 40%. 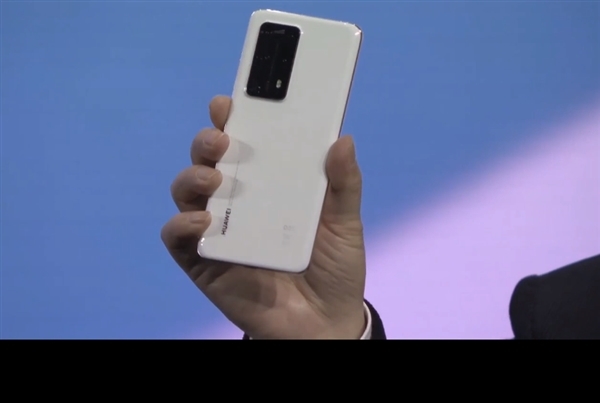 Related news
Huawei Registered Cine-Lens and Camera Martix Trademark: Mate 30 Pro or Special Lens Addition
HuaweiP40Pro'll have 120 Hz of diggers delayed until summe
Viewing the hard core strength of Huawei P40 series photography from the screen swiping media reports
HuaweiP40Pro quick review: a year ahead
Hot news this week
||||||||
Samsung Galaxy note 20 exposure: S20 ultra with s pen?
TSMC's 5nm process performance is improved by 15% and the performance of AMD Ruilong 5000 processor takes off
The dark mode of IOS wechat online: is it "advice" to apple?
The Institute of Psychology of the Chinese Academy of Sciences and Tencent set up a psychological assistance platform to help psychological reconstruction
When Wuhan Optical Valley returns to work: Internet enterprises can apply for resumption of work and production, which shall be approved
After 00, the performer Ouyang Nana entered Taobao: the annual salary of millions is P8
Is it too troublesome for wechat QQ to forward documents? 14K gadgets are ready in a flash
AXON 11 ZTE 5G release: from $168 g/7.9mm 2698
NASA interrupts the James Webber Space Telescope Project: this year's launch plan is up in the air
The most popular news this week
US $2 trillion economic stimulus: how much can the science and technology industry "dig"
How can FB and Google survive the epidemic?
Voice to text! Experience of new version V2.9 of wechat computer version
TH_COVID19_International of Open Source New Crown Data Statistics Module
A liquid gold crop called "China" will be synthesized by rape
Experts in translational medicine: why is China a hot spot for emerging infectious diseases?
Alibaba has arrived at its destination to donate epidemic prevention materials to five West African countries
Taobao live ceremony into the wind mark :10 cities to show Taobao live report card
Google publishes a neural weather model that predicts rainfall across the United States in seconds
Kirin 985 is on the way or with the HuaweiNova 7 series