Is telecommuting inefficient? The father of Linux has five experiences

At a time when the coronavirus is raging all over the world, a large-scale social experiment involving hundreds of millions of people - Home Office has been opened. It looks beautiful to work at home, saving commuting, free and comfortable, but in practice, many friends find that they need to overcome many small difficulties, such as network, communication software, 24-hour on call, and the most important is low efficiency, and attention is easy to be disturbed.

To this end, a famous remote office programmer has something to say, he is Linus Torvalds, the creator of Linux, ranked 15th in the list of the 100 most important people in the 20th century voted by readers in time magazine - Gates is only 17th.

Linus Torvalds is undoubtedly a talented programmer. Linux is one of the most popular operating system kernels in the world that he created in his personal time at the age of 21. Without Linux, there would be no later Android. Moreover, in 2005, Linus spent several weeks to create the initial version of GIT. With git, there is now GitHub and more and more vigorous open source movement. 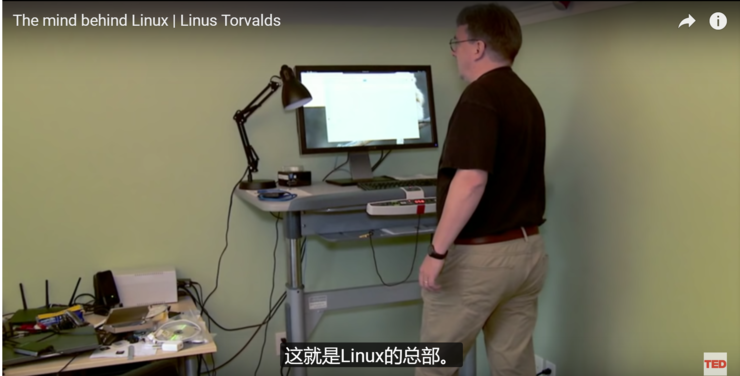 In 2016, Linus Torvalds shared a video of his home and office environment on YouTube. The most interesting and attractive point is that his computer is on a treadmill and named the workbench "zombie shuffling desk". "What I set is an hour and a mile. It's too fast. The mouse will jump around. I can't even close a web page."

Although he's not sure how effective the treadmill is, it's probably healthier than sitting alone. At the time of the video release, Linus Torvalds had been operating the computer at a very slow "zombie pace" for three or four months. In addition, it can also keep the working table clean, otherwise it will be easy to sweep objects down during the movement.

Unfortunately, he has rarely used the treadmill since, because he still doesn't like to have too many interference factors when working. 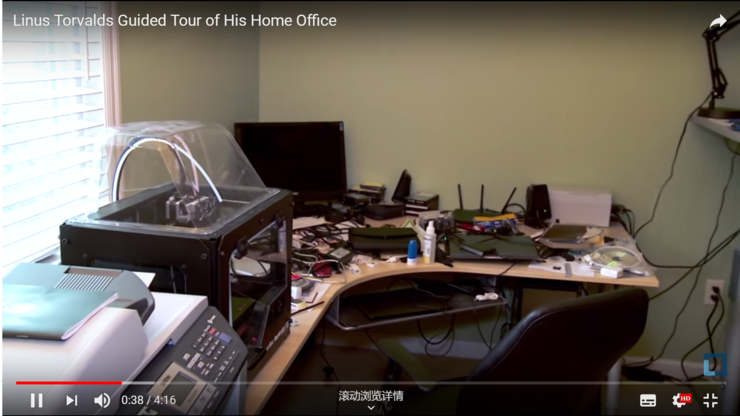 Linus Torvalds, as a person from the past, shared five experiences of working at home:

Let go of the fear of losing people

Linus Torvalds mentioned that when he first worked at home a few years ago, he was worried about missing out on communication with people, including colleagues in the office or having lunch together.

Later Linus Torvalds didn't seem to miss it any more —— and he found that he preferred home time without people. He doesn't like too much external stimulation at work, and because the old workbench faces a window, he even draws the curtains to block the sun.

Of course, choosing to separate yourself from others is not the best thing for most people if it is not the present special period.

Don't build another office at home

In fact, you can do many things out of the office environment. As Linus Torvalds said, the real advantage of telecommuting is "flexibility.". You don't have to sit at your desk at a 9-to-5 or longer pace. You can arrange your breaks more reasonably and do whatever you want.

In short, don't build another "office" at home, which is worse than working in a company.

Efficient communication is the key

Of course you can have many meetings, video conferences or audio calls a day, but ask yourself, is it really necessary? For everyone, you should keep in mind: shorten the meeting time as much as possible and clarify the purpose of things. Some people think that text is more time-saving than voice and video, and prefer text communication.

Linus Torvalds suggested that it would be better to list the key points by e-mail, which was the principle that he had developed Linux kernel.

In summary, we need to be careful to communicate the necessary information in an appropriate way and not overload text / email messages.

Flexible office doesn't mean that you can fish as much as you like and paddle on social media platforms.

You can even write a plan on a post it note to remind yourself of efficiency. Two efficiency management tools are recommended here: activitywatch and rescue time.

Play with your cat (PET) 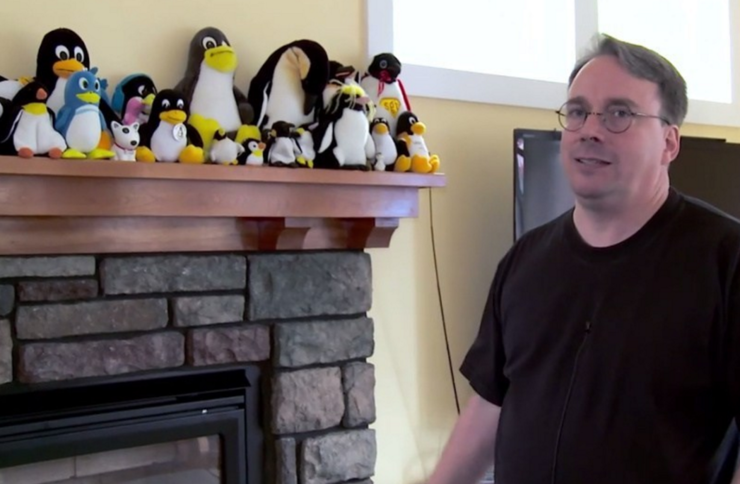 This is not to discriminate against other pets. Linus Torvalds has a cat at home. Sometimes when he's in the office, the cat will come in quietly, climb up to his legs and snore. He liked the snoring, much more to him than the noise of the fan turning.

Just because you're at home - you have a lot to do when you schedule work or try to use your time effectively. Linus Torvalds insists that whenever you feel bored, you can buy necessities if necessary, or just play with cats (or other pets).

Related news
Linux desktop evolution history
Microsoft major tweak: Panos in charge of both hardware and Windows Experiences Group (pictured)
Is telecommuting inefficient? The father of Linux has five experiences
Linux 5.6 release
Developers say: after Baba is you became popular, how to play new games calmly?
Hot news this week
***
Samsung will invest more than $5.7 billion in NAND flash chip production line in hanzeng
A wallpaper makes Android phones crash: it's the color gamut
Xiaomi 618 many new products presale redmi display 1A 23.8 inch price 499 yuan
India mobile Q1 shipments out! Domestic mobile phone dominates Samsung's list
In tmall's selling of sexy products, the sales volume is more than 1 billion yuan. How can I achieve this?
LETV: the stock will enter the delisting consolidation period from June 5, 2020
Tesla's autopilot has to step through these pits before it can "roll over"
The essence of business war is to match resources
Samsung announces the entry-level SOC exynos 850 specification
The most popular news this week
Facebook advises group managers to create opportunities for people of color to become auditors
54999 yuan! Huawei enterprise intelligence screen: 86 inch 4K productivity monster
The iPhone 12 Pro will not be able to survive in 2020 due to the outbreak and riots?
Xiaomi 14 inch notebook new product exposure: one time 4 models for the Indian market
Linux kernel 4.19 and 5.4 life cycle extended to 6 years
Apple plans to launch Apple card installment service: multiple products enjoy 12 interest free periods
Catch up with slack, snipe zoom, Microsoft teams is such a successful counter attack
The second dimension wall is broken: South Korean fans flood into the United States to protest against racial discrimination
How can I fix compatibility errors with Intel octane memory in Windows 10?
Huawei huge cup P40Pro ：3 bright spot