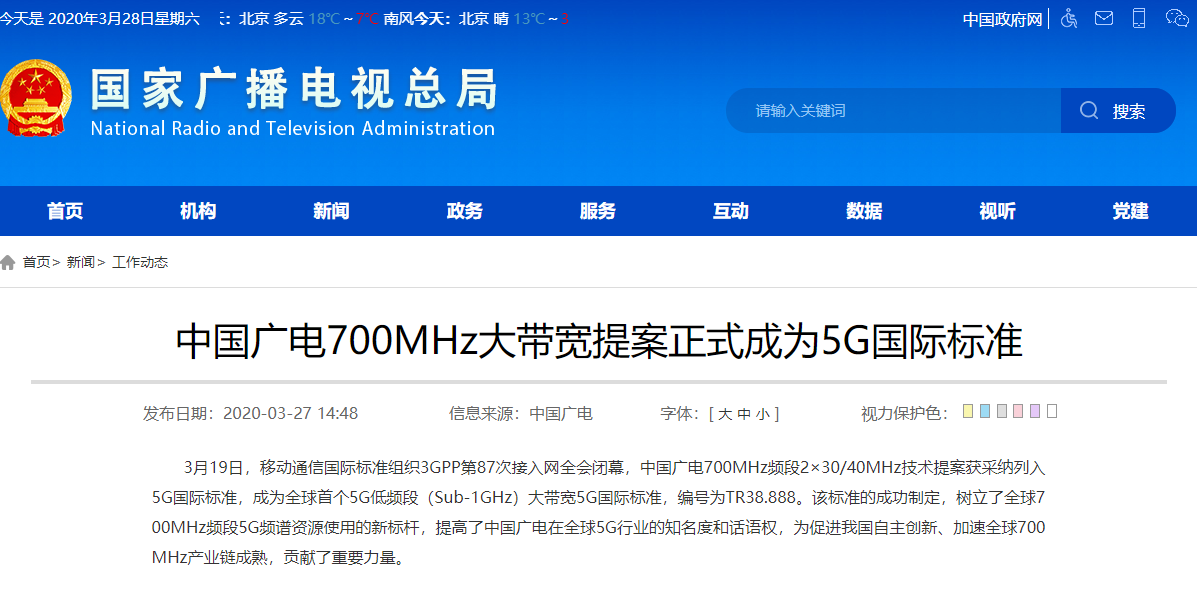 The successful formulation of the standard has set up a new benchmark for the use of 5g spectrum resources in the 700MHz frequency band in the world, improved the visibility and voice of China's Radio and television industry in the global 5g industry, and contributed an important force to promoting China's independent innovation and accelerating the maturity of the global 700MHz industry chain.

The Ministry of Industry and Information Technology recently issued the "Notice on the Promotion of 5 G to Speed up Development ", focusing on M 700 frequency band. The Notice states that

From a technical point of view ,700 MHz