The vast sea of stars contains endless mysteries of the universe. NASA's Hubble Space Telescope has collected many precious images in space over the years, contributing a lot to astronomical research.To celebrate the 30th anniversary of the launch of the Hubble Space Telescope next month, NASA announced on Friday (27) that it would release hundreds of valuable images it had taken, allowing netizens to see the universe captured by Hubble on their birthday as long as they choose their date of birth on the memorial website.

A memorial site called "What did Hubble see on your birthday "(What Did Hubble See on Your Birthday? ). After entering any month and date, the users can see the precious astronomical photos taken by Hubble on that date and can zoom in on them. In addition to short text descriptions, you can also view the details. You can also choose to view the text of 366 photos.

NASA celebrated the Hubble Space Telescope's nearly years of service by launching a series of social media commemorations that allow cosmic enthusiasts to enjoy new images, films and documentaries, among others. NASA also encouraged netizens to share their birthday photos with social networks on the "# Hubble30" label, inviting friends to participate. 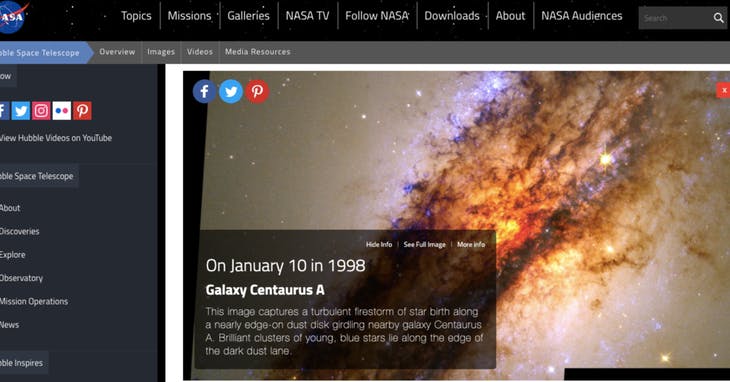 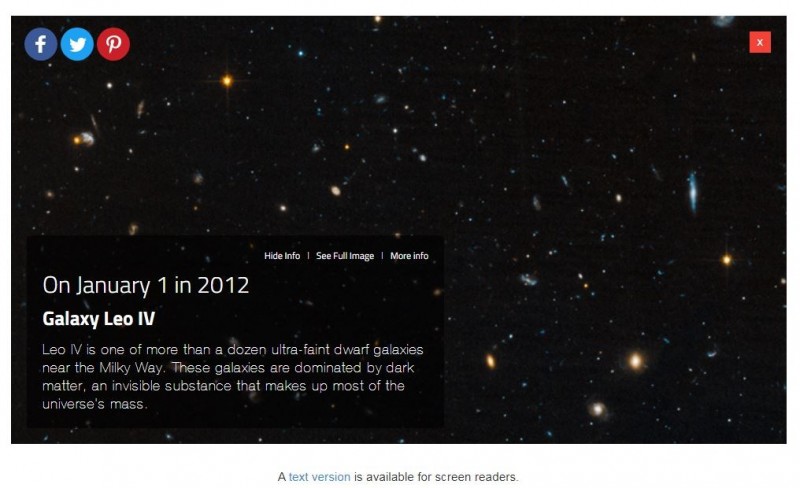