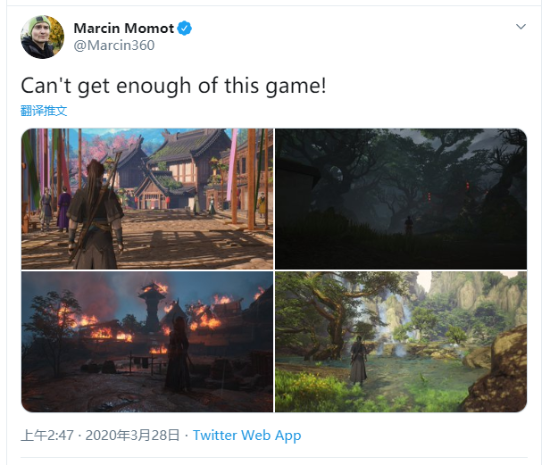 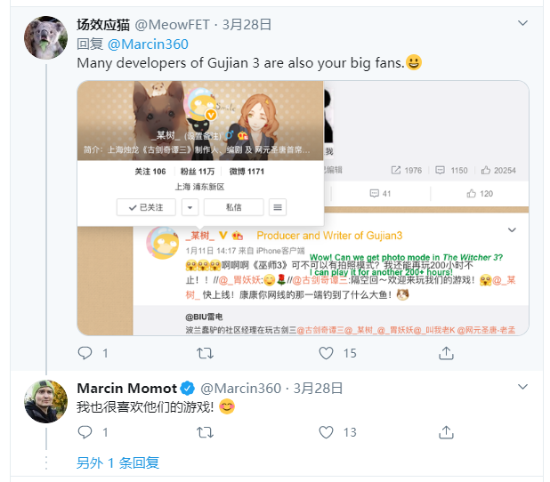 In fact, the manager tweeted all sorts of praise for chinese games and tv dramas long ago, tweeted two years ago that he wanted to play "chivalrous man "(which eventually led to the publisher's phoenix game), and last year tweeted 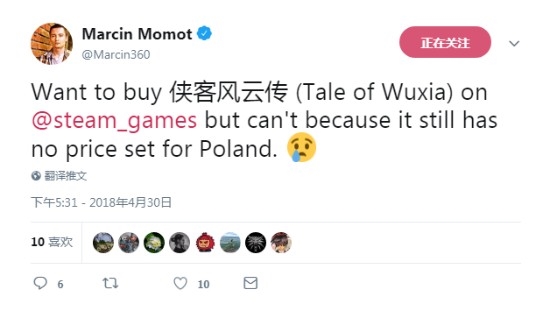 However, it is believed that the market and development level of domestic games are becoming stronger, and more and more high-quality domestic games will appear in overseas markets.