According to foreign media reports, Tesla CEO Elon Musk said the company will introduce automatic identification of traffic lights and parking signs in the United States in the next few weeks.Tesla said in the function introduction that when automatic steering and traffic perception cruise control are activated at the same time, the car can automatically stop at the traffic lights and stop signs. 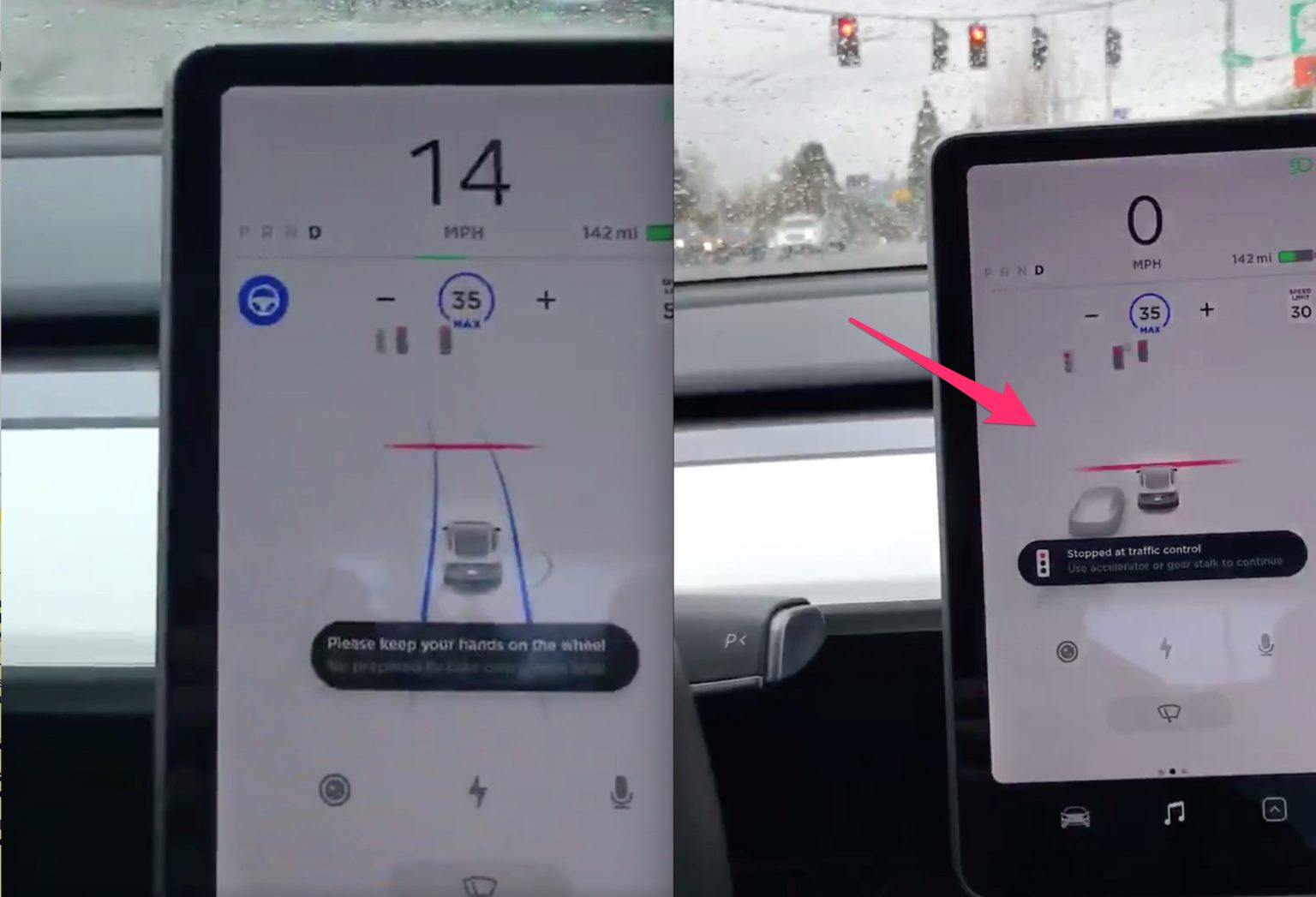 Both features are included in Tesla's basic version of autopilot, which is standard on all of the company's current vehicles.

Tesla's traffic lights and stop sign recognition have been planned for a long time. In March 2019, Tesla released a new automatic steering stop warning function. When the driver approaches the intersection, the system automatically reminds the driver to take over the operation of the electric vehicle.

The introduction of traffic light and stop sign recognition function and automatic stop function will further improve the safety of autopilot.

Tesla said that due to different traffic rules and related policies and regulations around the world, autopilot updates for customers in other countries will wait longer than for us owners.

Before that, more than 600000 Tesla cars were equipped with a fully automatic driving chip, which has a transistor of up to 6 billion, can complete 144 trillion calculations per second, and can process 2300 frames per second at the same time, and each car has two such chips, which can process the same data at the same time.

It then applied for a patent on how to obtain training data from its huge customer fleet to train its autonomous driving neural network.

How to Implement Automatic Driving

At present, the key technologies of automatic driving are perception, planning and execution, which involve sensor, data processing, machine learning, slam and sensor fusion, path planning and other fields.

Environmental awareness is the ability to understand the environment. For example, Lane signs and markings, traffic light recognition, traffic signals and signs recognition, pedestrian and vehicle detection, types of obstacles and other data understanding, analysis and classification. Positioning is the post-processing of perception results. Through positioning function, it helps the automatic vehicle to understand its position relative to the environment.

In the planning part, according to the original data and existing maps captured by the autopilot vehicle sensor suite, the automatic driving system needs to build and update the specific environmental map through the simultaneous localization and mapping algorithm, track its specific location, and start planning the path from one point to another point.

At present, the latest development of machine learning is to effectively deal with the data generated by the sensor of an autopilot vehicle and reduce the computational cost. In addition, advances in chip fabrication and miniaturization are improving the computing power that can be installed on autonomous driving vehicles.

Execution is that the system controls the vehicle according to the decision results.

Each control system of the vehicle needs to be able to connect with the decision system through the bus, and can accurately control the driving actions such as acceleration degree, braking degree, steering amplitude, light control and so on according to the bus instruction issued by the decision system, so as to realize the autonomous driving of the vehicle.

The basic principle of Tesla's automatic driving system is to accurately identify objects and objects on the road, and the driving computer will make various driving control actions according to these identified road conditions.

Musk even plans to set up an unmanned taxi company to let a large number of self driving electric vehicles run freely on the street and get orders from passengers through mobile phone software.

Related news
Tesla crashes into the police car: the auxiliary system autopilot is on all the way, and the two cars in a row haven't stopped automatically
To study autopilot: Porsche engineers rent Tesla Model 3 in a low profile way
Tesla is required to rename autopilot because it may mislead the owner
Musk revealed that Tesla intended to test the automatic parking function autopilot is still an important foundation
Tesla releases city street level autopilot supporting FSD hardware
Tesla: autopilot's safe mileage extended in the third quarter
US court accepts Tesla autopilot's "false publicity" case
Hot news this week
Templates for creating new Twitter in the future? Musk's praise of WeChat has triggered a heated discussion on the whole network
Tencent Music's TME live will re-screen Jay Chou's concert on may 20 and 21
Sony's new LinkBuds S headset parameter exposure: only 4.8 grams of comprehensive battery life 20 hours
Weak demand in the mobile market! Domestic shipments of mobile phones fell 40.5% in March to a two-year low
Henan 4 village bank line cannot withdraw cash? CBRC responds! The public security organs have registered an investigation
Baidu: In 2021, an average of 56 billion malicious information of all kinds will be intercepted every year
"Chinese version of LV" is re -executed 680 million! Reporting the property clues of the chairman, up to 8.66 million yuan
Still did it! Canada has banned Huawei and ZTE from participating in the country's 5G network on "national security" grounds
Pig companies continue to increase technology, just launched the smart pig farm, another 100 million to set up a technology company
The Jingdong Express bulk order sent to Shanghai across the country is completely static? JD.com: Not true No such information has been published
The most popular news this week
The domestic screens are rolled to the 2K screen. Why don't Apple follow the roll?
B station was exposed to layoffs: involving games, overseas business, OGV and other departments
Continuous business adjustment? Ali has been exposed to many sectors layoffs, and the scale of spring recruitment has shrunk sharply
Exposure of Tencent's game business or layoff 10 %: CSIG business group has previously layoffs 15 %
Meizu 19 series coming? Meizu mobile phone appearance patent disclosure: the return of secondary screen
Jingdong crowdfunding 10000mAh mobile power supply: with Apple Lightning and Type-c dual wires
Mobile phone chip CPU energy efficiency ranking: it is comparable to A14
What can we learn about m& # 111nkeypox cases in many countries around the world?
Alibaba Daniel Zhang connects 300 platform merchants: do more practical things for merchants
At the age of 58, he was elected as the chairman of Everbright Bank! Former President of Bank of China and Construction Bank