Is this ps5 compatible? Microsoft's ambition is to let the new Xbox run Xbox one games

Microsoft and sony are both on the mainframe this year, but for players, consideration of new host performance, start-up, and so on, while its backward compatibility is also very concerned.

Word is, Microsoft is trying to make Xbox Series X compatible with Xbox One games by, of course, having to plug in a drive with a pre-installed game file and a dedicated hard disk interface on the new host.

It is said that playing old games on Xbox series X is as easy as inserting a mobile hard disk. As long as the Xbox one game is preinstalled on this drive, you can play it on Xbox series X immediately. However, it should be noted that although Xbox series X supports moving the game between the internal and external hard disks, the new game can only run if it is saved on the built-in SSD, such as halo: infinite, one of the first lineups.

The reason for doing so may be to ensure that players can get the best game experience.

In fact, Microsoft is more aggressive and ambitious than Sony in the backward compatibility of new hosts. Previously, microsoft had made it clear that Xbox Series X would be backward-compatible with games on Xbox One、Xbox 360、 and even early Xbox.

Microsoft Xbox Series X and sony PlayStation 5 the performance parameters of the two next-generation hosts, although the focus is slightly different, but the difference between computing unit and memory bandwidth is not so significant, ultimately depends on game support. 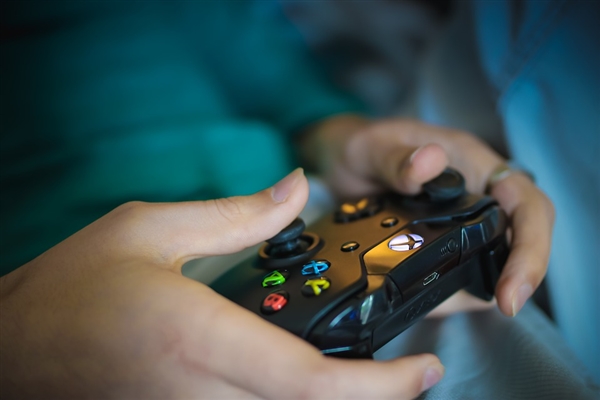 Related news
Microsoft executives say: Xbox series X is backward compatible with all Xbox one games
New Xbox battle book
Is this ps5 compatible? Microsoft's ambition is to let the new Xbox run Xbox one games
The patent indicates that ps5 or Xbox one has cut off the function of picture in picture
Microsoft says the new console is compatible with a variety of Xbox one handles
Microsoft revealed that the Xbox series s specification has three times the processing power of the Xbox one
Hot news this week
Overseas sales of Chinese bicycles are crazy: nearly 16 billion yuan worth of exports have been ordered to the end of next year
IPhone 12 screen green: I choose not to forgive it
Only mobile phones can charge quickly? Huawei matebook X's dexterous and fast charging liberates your endurance anxiety
Lottery mode will be opened: it is reported that apple is looking for Samsung OEM M1 TSMC 5nm orders, accounting for only 25%
Panorama of China's AI chip financing in 2020
China Mobile Partner Conference is coming. It's so simple to start 5g life
Improve the efficiency of diagnosis and treatment, improve the experience of medical treatment Baidu health won the "2020 Best Health Platform Award "
Flagship stores can't sell Shanzhai pinduoduo crazy bad money manufacturers are destroying the ecology
The report says the world's largest producer of plastic waste is the United States: serious environmental damage
Xiaomi's "iron hoof"
The most popular news this week
Apple began to use its tiktok account to promote the iPhone 12 Mini
Huawei phone 256 GB full of space overnight: Tencent microvision ate
Samsung Galaxy S21 protection case to be released
Are the elderly abandoned by the Internet? Alipay: elders can try the "care version".
India's 4th ban on Chinese apps: 267 apps in total! Alipay didn't run away either.
Tesla's share price soared as Musk became second-richest man who blew up the material at the European Battery Conference
Cancer cancer vaccine may be coming: the United States has approved human trials
China Film Golden Rooster Award Opening of Xiamen Nov.27 with Huawei to launch the "New Image Mobile Film Project"
Relying on volume and ecommerce Xiaomi to return to third place in the world, it still wants to get rid of the middle and low end image
Using Tesla's same cobalt free cell, Yubo released 80000mah outdoor power supply