The release of three years of CPU gives you free upgrades to new processes, new architectures, such a good thing only AMD can do. A new version of Rui Lung 3 1200 quietly upgraded to 12 nm Zen architecture, core, frequency, while the price remains unchanged.

The sharp Dragon 3 1200 processor is the entry-level CPU of the sharp dragon series, with 14nm process and Zen architecture. It was released in July 2017, almost three years ago. It has not been delisted yet, and it is still the backbone of the low-end market, with an overseas price of about $60. 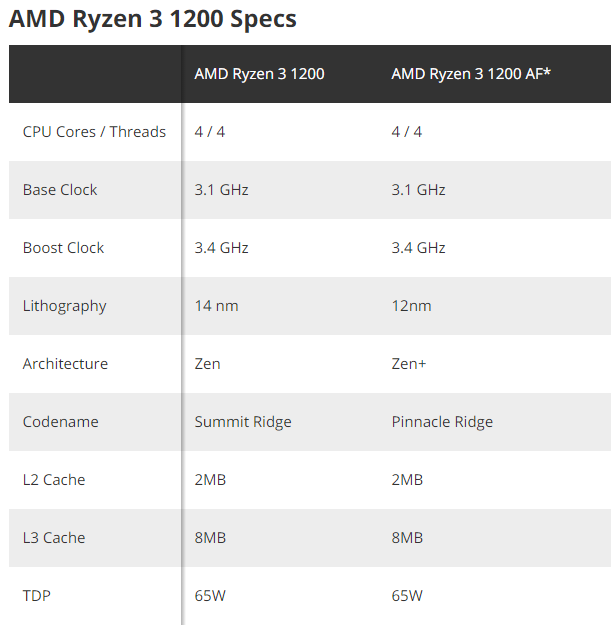 German media reports,The new version of the sharp Dragon 3 1200 has been on sale, with a price of 54.73 euros. It is basically the same price as the 14 nm sharp Dragon 3 1200, with no price increase, which means AMD will replace the old product as it is.

An upgrade that doesn't fare much, and that does n' t matter, may actually have higher performance, because the 12 nm Zen architecture is more dominant, theoretically allowing it to run longer at acceleration frequencies and improve overall performance.