Apple's new phone, the 2020 iPhone se, packs many features together and costs only $399, although it lacks the flagship features of the modern Apple phone that some users expect. But this didn't stop it from becoming the most concerned new product in April. Recently, many foreign media have experienced the new mobile phone and compared it with products such as iPhone xrand iPhone 11.

Apple insider, a foreign media company, makes a comparison among the three to see what are the advantages and disadvantages of Apple's other two products. First, let's look at the comparison of the following three: 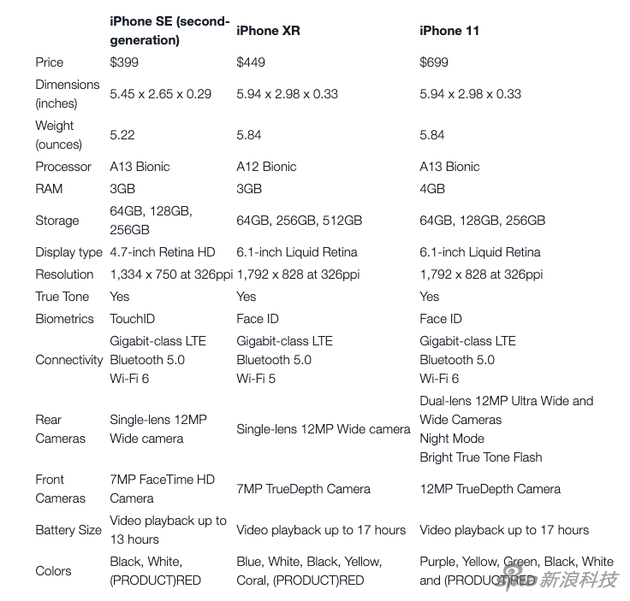 Although the iPhone se still retains some old design elements, such as the home key and the 4.7-inch small screen, its price advantage is obvious in Apple's mobile phone product line.

The overall appearance of the iPhone XR and iPhone 11 are very similar, with little difference in size and weight. The iPhone se is very different from all current iPhones, with a 4.7-inch display, a relatively large black bezel and a main home button.

When it comes to cameras, the iPhone Se and the iPhone XR are at similar levels, both of them are similar single mirror rear view cameras. The iPhone 11 has the best dual camera system of all three, including an ultra wide angle lens and the next generation of smart HDR. In addition, its front lens is also better, the original deep feeling lens is obviously better.

None of the three screens is OLED, and all of them are LCD screens. Although the XRS and 11S use Apple's liquid retina LCD to improve their senses, their pixel density is the same, both of which are 326ppi. The only difference is that the resolution of the iPhone se is relatively low, mainly due to its smaller screen.

As mentioned earlier, the iPhone se hides many flagship like features in its old iPhone form. Considering its price, it will be an attractive choice compared with the mid tier iPhone and Android devices.

To users who have been using iPhone old model, it can also be a good entry point for modern iPhone. This is the familiar apple style

The iPhone x r occupies a place in the middle of all three, although it actually has the slowest chip and some other features, which are about a year behind the Se in 2020. But some of its features, such as the full screen or face ID, are still missing.

Because of the existence of the previous products, iPhone 11 has become the representative of Apple's current main line products, although compared with iPhone 11 pro, it lacks some functions and is not so delicate. Of course, its price is also the most expensive. Considering that the economic situation caused by the epidemic is not so good, the price of $700 is really not cheap. 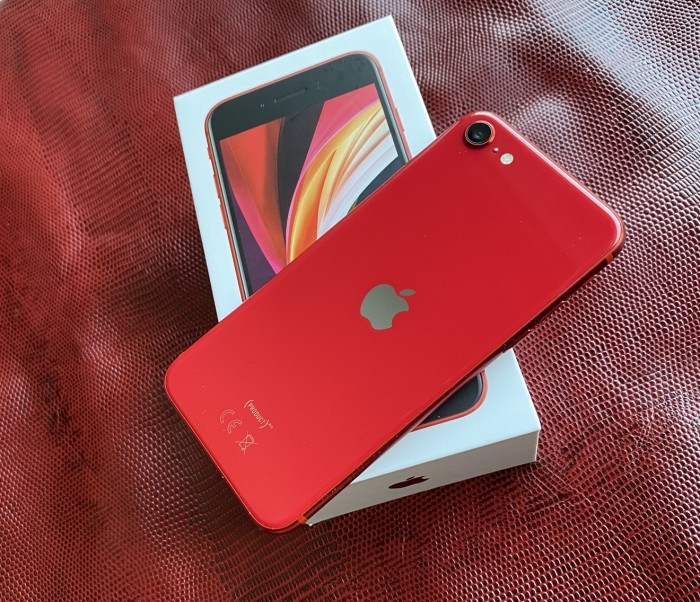 Related news
IPhone x R signal difference: Apple's lawsuit
How is the new iPhone SE、iPhone 11、iPhone XR different? Which one to buy
Comparison of iPhone XR / 11: advantages and disadvantages of iPhone se
Hot news this week
Samsung and research team found a new semiconductor material: amorphous boron nitride (a-bn)
What does Huawei mean to Chinese semiconductor?
Attack Tencent hinterland byte jump start long video Secret War
The Facebook Regulatory Committee, which came into operation this fall, could overturn Zuckerberg's decision
Amd releases driver update for radon 20.7.1 to introduce new error reporting tool
Oxford University expert: the new coronavirus has been sleeping all over the world, not originated in China
Microsoft stops win10 update in May: for users using storage pool function
Huawei: 5g hardware not affected by White House sanctions can be supplied to the UK in the next five years
Successful development of new coronal vaccine in the United States? The subjects said they had antibodies: they were vaccinated two months ago
"Shandong Xiaomi Finance" lost Lu Weibing praise legal team: recently very powerful
The most popular news this week
Amazon ordered tiktok to be banned for seconds: hand skating?
The light of domestic products! BYD's customized version of Huawei P40 released
Galaxy S21 internal code, hardware details exposure price configuration may both decrease
A device called LG K31 is exposed: or will it be released in the next few weeks
Asian media say Samsung Galaxy Note 20 may actually be cheaper than expected
HMD plans to launch Nokia 2.4, also known as wolverine, equipped with eight core Helio P22 processor
ROG game mobile phone 3 is certified :6000 mAh battery with 30 W fast charge
has submitted a submission to the US side! Can TSMC and Qualcomm resume supply to Huawei?
"Reprisals" by the United States against France in the digital tax dispute, Expert: limited impact
Raise the price as much as you can! NVIDIA RTX 20 series production stopped