Distributed wireless mesh network is considered to be one of the best solutions for large size and multi floor Wi Fi coverage. With the barrier of reinforced concrete and the multiple factors of house layout, the signal power of a single route is no better, nor can it be covered without dead angle.

So if you have bought another ax3600 at home before, and now you want to enter another ax1800 at a lower cost to realize mesh networking, is it feasible? The answer is yes.

According to the general manager of Xiaomi group's intelligent hardware department,In addition to being able to form mesh by itself, millet ax1800 also supports the following and ax3600 to form mesh. 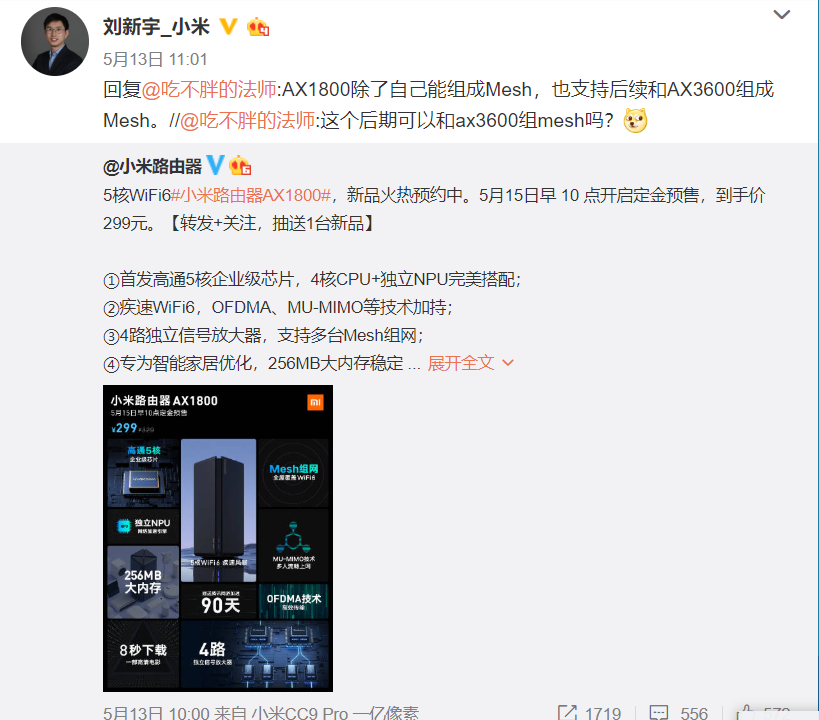 It is understood thatXiaomi router ax1800 can be perfectly matched with Xiaomi 10, Samsung S20 and other Xiaolong 865 platform Wi Fi 6 mobile phones, and the perfect support for the use of the Apple iPhone 11 series with built-in wif6 technology, while the millet router ax1800 can also be used for downward compatible wi-fi5 devices.

In addition, the Xiaomi ax1800 supports up to 128 devices connected at the same time。 Xiaomi intelligent device enters the network for the first time, which is set in cooperation with Mijia app, without manual password input。