In the early hours of this morning, a large number of netizens were tweeting back,Samsung mobile phone system crashes, with black screen, random code, unlimited restart, etcJust now, Samsung's official response says it has received feedback from some users on system issues. is actively checking the cause and provide the corresponding solution as soon as possible.

@ Samsung GALAXY Gaile Segan responded:Dear Samsung mobile users, we have received feedback from some users on system problems. At present, we are actively investigating the causes and providing corresponding solutions as soon as possible.

Bloggers said,Some of Samsung's models crashed today because of bugs in the old lock screen app caused by leap April of the lunar calendar.

This year is the first day of the leap April of the lunar calendar. If the calendar app is not updated in time, it may cause the system to miscalculate the time, cause system bugs and crash problems.

1. Update the calendar app in the system app in time;

2. Temporarily turn off the automatic update via WLAN option in system update. 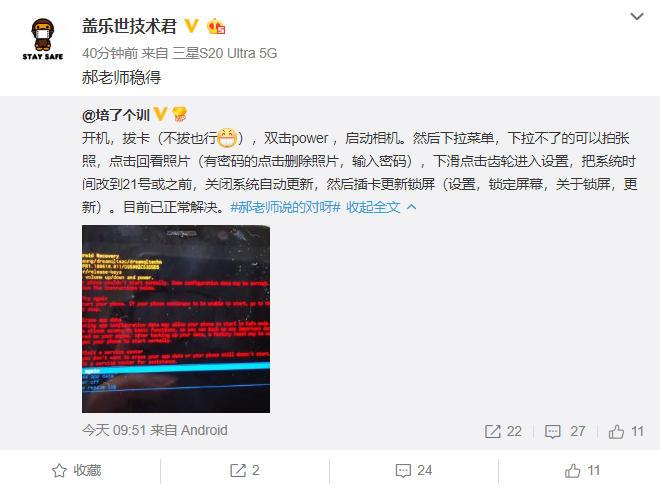 And bloggers shared solutions to Samsung's mobile phone system crash:After the restart, double-click the power button to come to the photo taking interface. At this time, pull down the notice bar, click the setting button, search the time, and change the date one month ahead, which can be solved. The pro test is effective. Then wait for the official repair.

Specific operation: double click power to start the camera. Then pull down the menu. If you can't pull down, you can take a picture. Click to look back at the picture (if you have a password, click to delete the picture, enter the password), slide down and click the gear to enter the setting, change the system time to No. 21 or before, turn off the system automatic update, and then insert the card to update the lock screen (setting, lock screen, about lock screen, update). It has been solved normally. 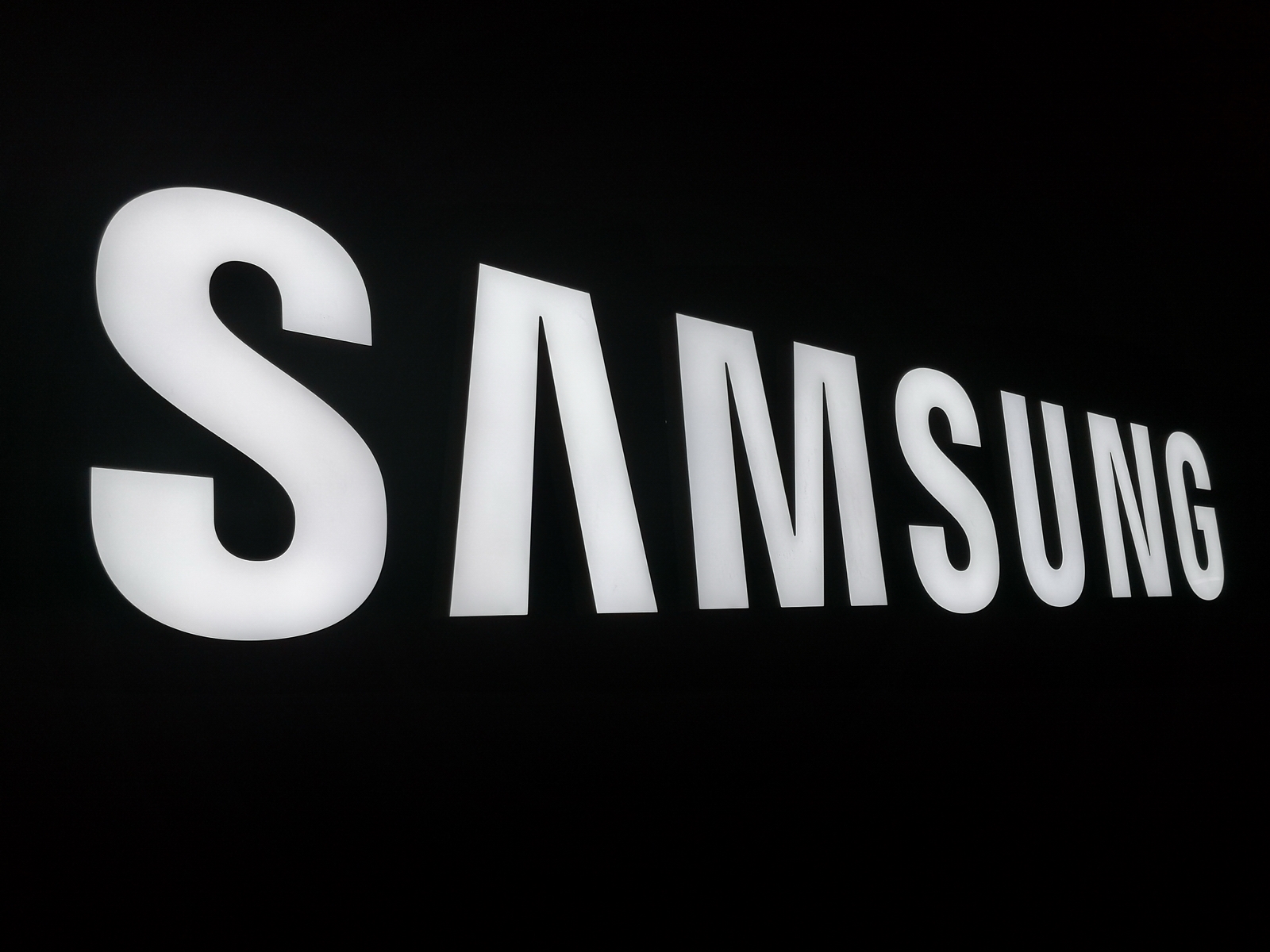 Related news
Tesla launches a new giant home solar system X Large
In the next few months, Samsung's virtual reality application will gradually stop serving
Hot news this week
Wechat has not done this function for N years! Use this app to make up for the defects of wechat
Gree's response to "being disqualified from winning the bid": a mistake made by the bidder in sorting out the materials
IPhone 12: it's more like throwing away the charger
Microsoft official free data recovery tool windows file recovery experience
Apple wants to know: what do you do with the charging head of the old iPhone?
Tencent magic change Yang surpasses video self mockery: I'm a simple and honest fake spicy sauce lost 16 million
Luo Yonghao comments on ideal one: Tesla Model 3 is not a car of a level at all
A 400-brand evacuation Facebook： the internet giant strangled?
How long can "Laoganma" carry on after winning Tencent?
The dotcom bubble? U.S. technology stocks surpassed their 2000 highs relative to the S & P 500
The most popular news this week
Someone discovered the unpublished game of Nintendo NES 30 years ago and restored it from 21 floppy disks
Review of Sony PS2: the highest selling game console in history and the hot memory of post-80s / 90s
Xiaomi Youpin's first smart door crowdfunding: 10 Inch Touch Screen never power off
For global developers! Huawei HMS core 5.0 officially launched: seven capabilities, free
Lenovo announced the list of investment chip companies: BYD semiconductor, Cambrian, etc
In order to win 20000 dollars, their fingers did not leave the screen for three days
Apple will remove support for AMD GPU from MacOS arm64, the report said
2020 world artificial intelligence conference will be held soon. What new actions will Tencent AI have
Which AI framework is better? Huawei launched mindspore network model challenge with a prize of 2.6 million
Tesla's opening a grocery store? Besides selling cars, we also sell shorts and drinks