The company has just been "blocked" by the United States, and then its limit has been increased. Net friend: the U.S. Department of Commerce helps to select stocks?

Original title: Too unexpected! The company has just been 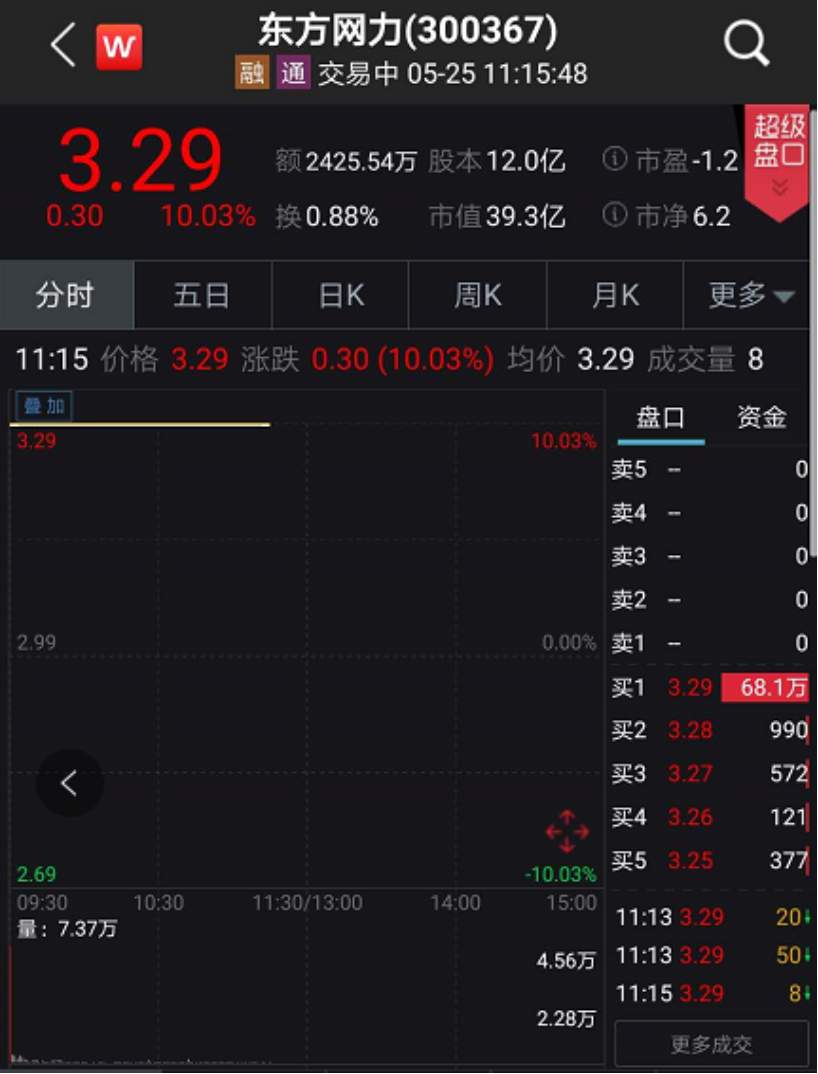 It is worth noting that due to the suspected violation of credit and investment rules, dongfang.com has been put on file by the CSRC for investigation. Meanwhile, the company's huge losses last year, shareholder's illegal guarantee, high proportion of pledge and other risks occurred frequently.

However, the technology sector company with a lot of problems has seen its share price soar because of Trump's roll call. Some netizens joked: the US Department of Commerce stock selection, trump concept came out.

But on the same day, several others were listed 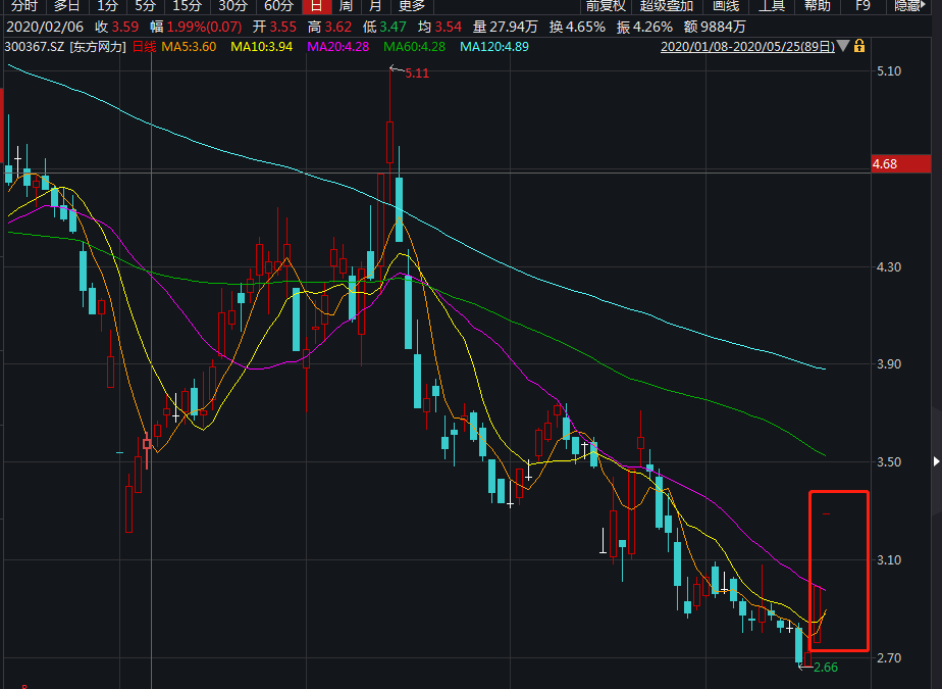 For two days in a row, dongfang.com was sought after by market funds because of its involvement in the concept of technology security. Its stock price closed two limit boards in a row, and its market value soared from the original 3.2 billion yuan to 3.9 billion yuan.

On May 22, local time, the Commerce Department announced the inclusion of a total of 33 Chinese companies and institutions

According to a statement by the U.S. Department of Commerce, a total of nine businesses and institutions are responsible for alleged 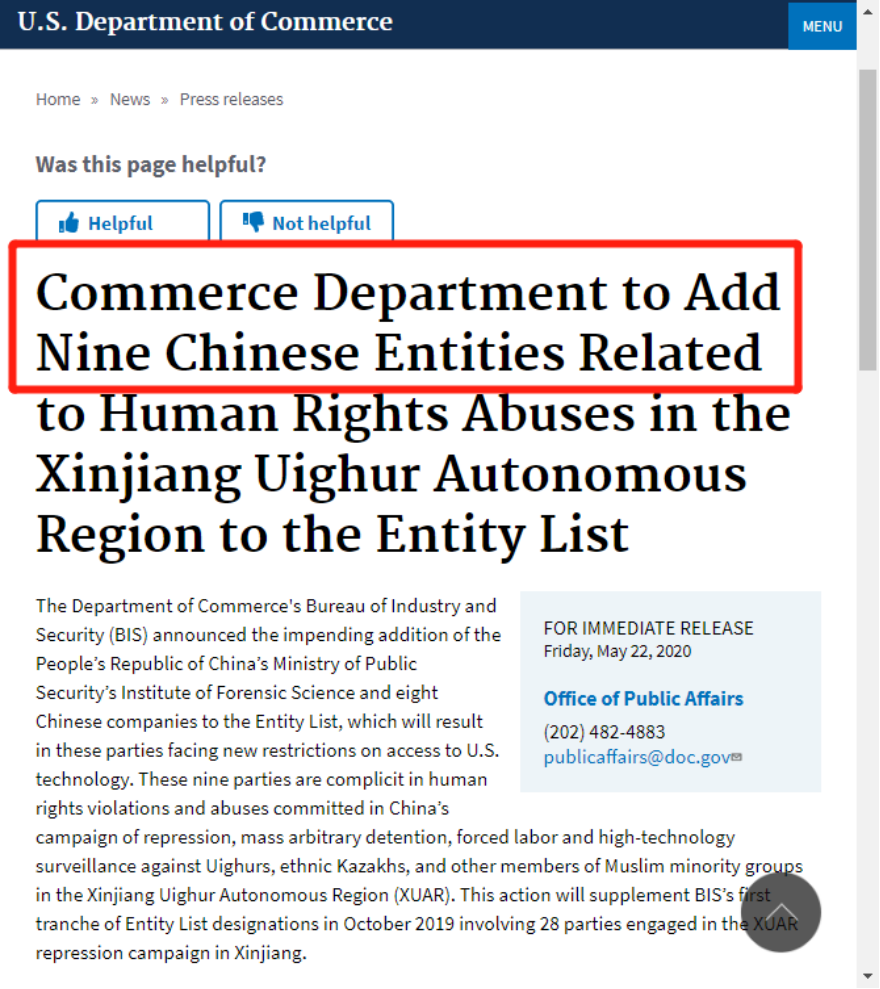 According to the public information, dongfang.com is an enterprise focusing on security video monitoring, and a provider of domestic video management platform and security AI platform. The company has many core technologies of intelligent IOT solutions with video data and human image recognition as the core, and has independent R & D intellectual property rights.

After being added to the list of entities, OrientNet also responded quickly. On the evening of May 24, the company was concerned about the inclusion of Chinese technology companies, research institutions and individuals, including the company and its wholly-owned subsidiary, Shenzhen DeepNet Vision Technology Co., Ltd., on the official website of the U.S. Commerce Department 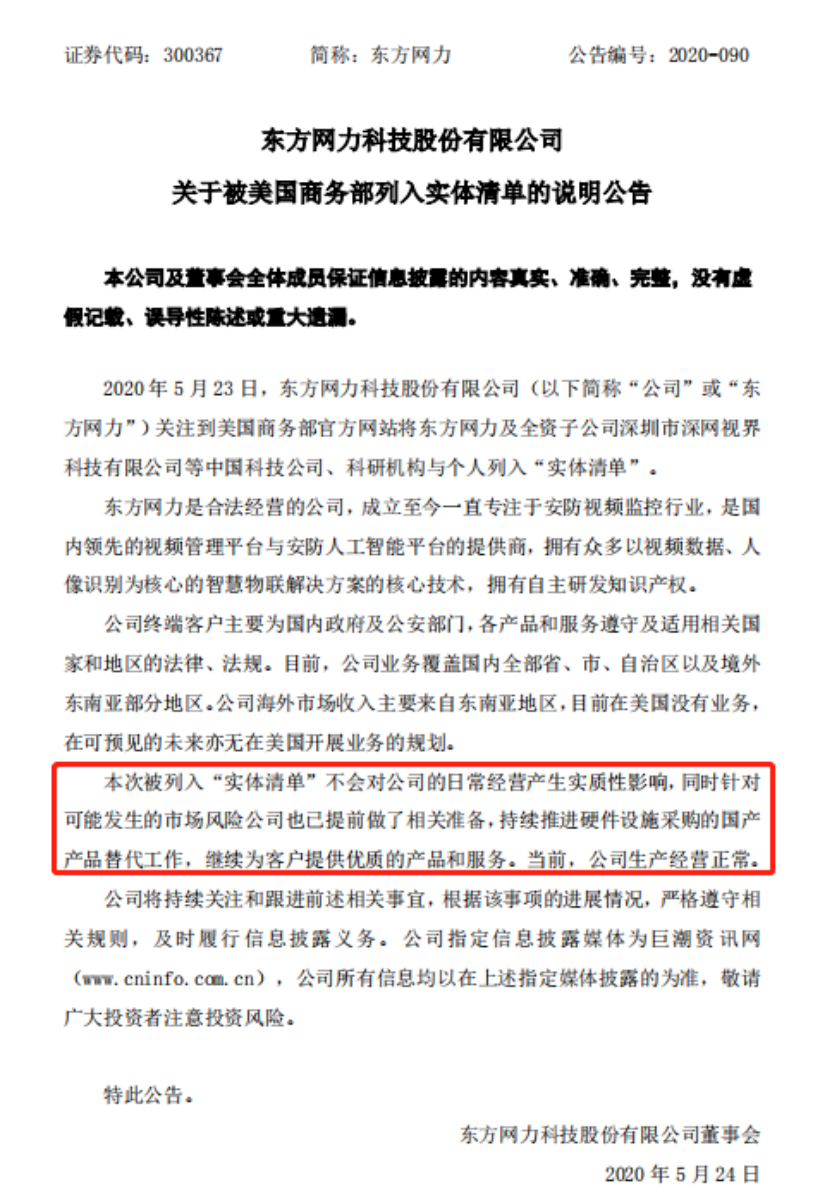 Net friend: US Department of Commerce helps to select stocks

It is worth noting that the security concept as the core of the listed company, its own corporate risk is not much. The stock's unexpected trading limit also made many investors feel

Analysts believe that this may be related to Liu Guang's previous illegal guarantee. On November 25, 2019, the company received the CSRC's decision on administrative supervision measures.

It is understood that Liu Guang failed to perform the review or disclosure procedures stipulated by laws and regulations and the articles of association when the above-mentioned guarantee events occurred, which is illegal guarantee. At the same time, the company announced that it found that there was a situation of capital occupation, involving 250.77 million yuan.

In addition to the problems of internal control disorder and shareholders' illegal guarantee, there are also many problems in the operation of dongfang.com. According to the financial report data, in 2019, the net profit attributable to the shareholders of the parent company of dongfang.com lost 3.1 billion yuan, a year-on-year decrease of 1109%. In the first quarter of 2020, dongfang.com continued to lose more than 130 million yuan, down 254% year on year. 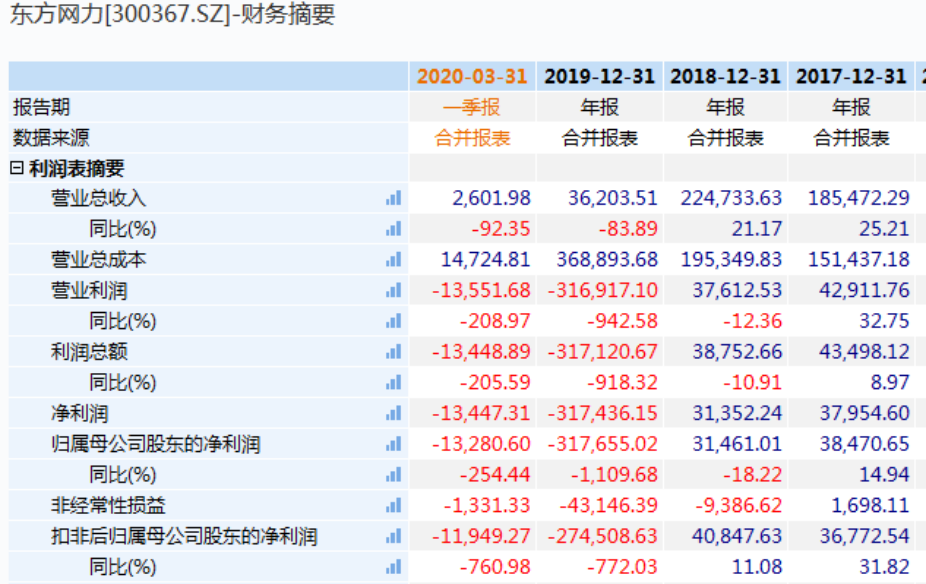 However, it is such a company, but there are signs of flying stock prices, which also let many netizens joke: 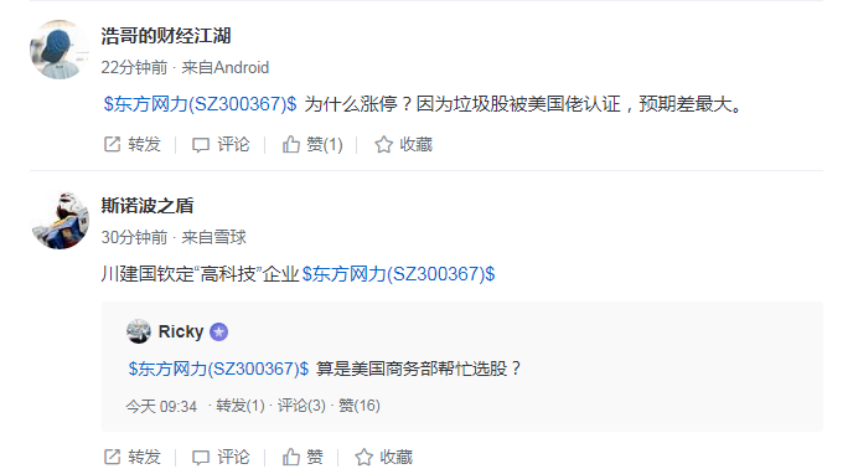 But the same thing happened

On the morning of May 25, Fenghuo Telecom, the leading stock in the communications sector, opened lower and jumped at the beginning of trading, with its share price falling rapidly. At one time, it plummeted by more than 9%, approaching the limit of decline, and its market value quickly evaporated by more than 3 billion yuan. 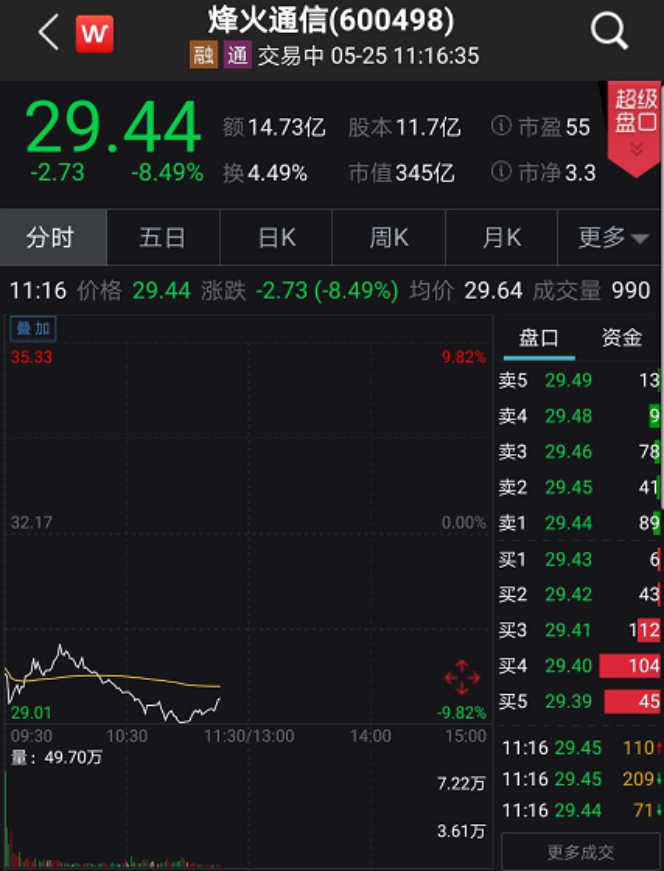 According to the expansion 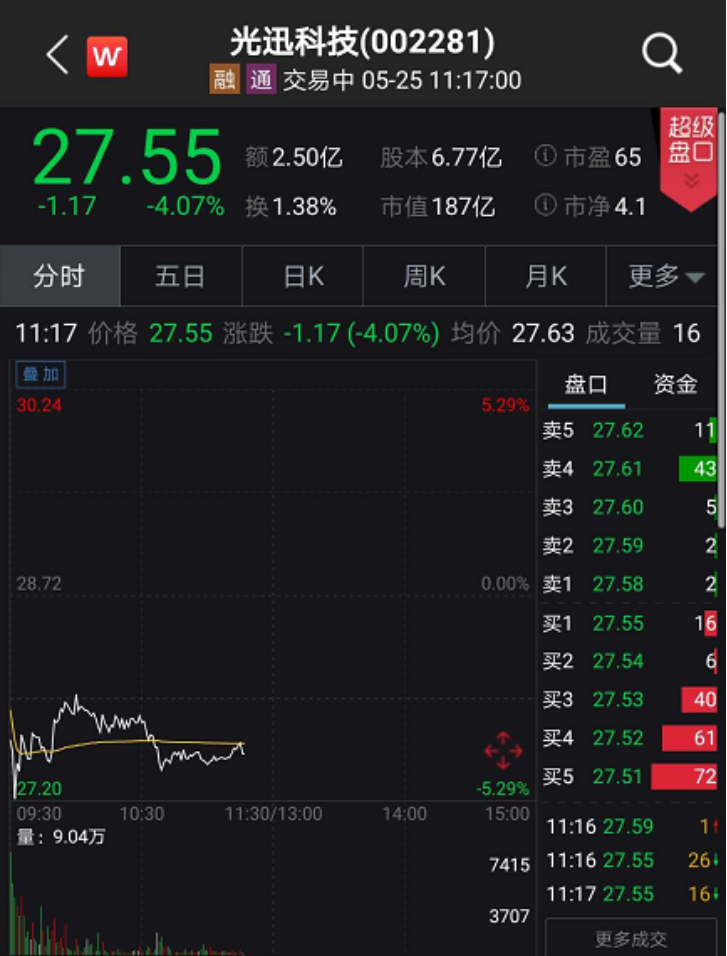 At the same time, the communications sector was also hit by market funds. On the morning of the same day, the index of communication equipment fell more than 2%, becoming the leading decline plate of the two cities. Within the board, six concept stocks including Shida group, Fenghuo communication, Gongjin shares and Kaile technology fell by more than 5%. 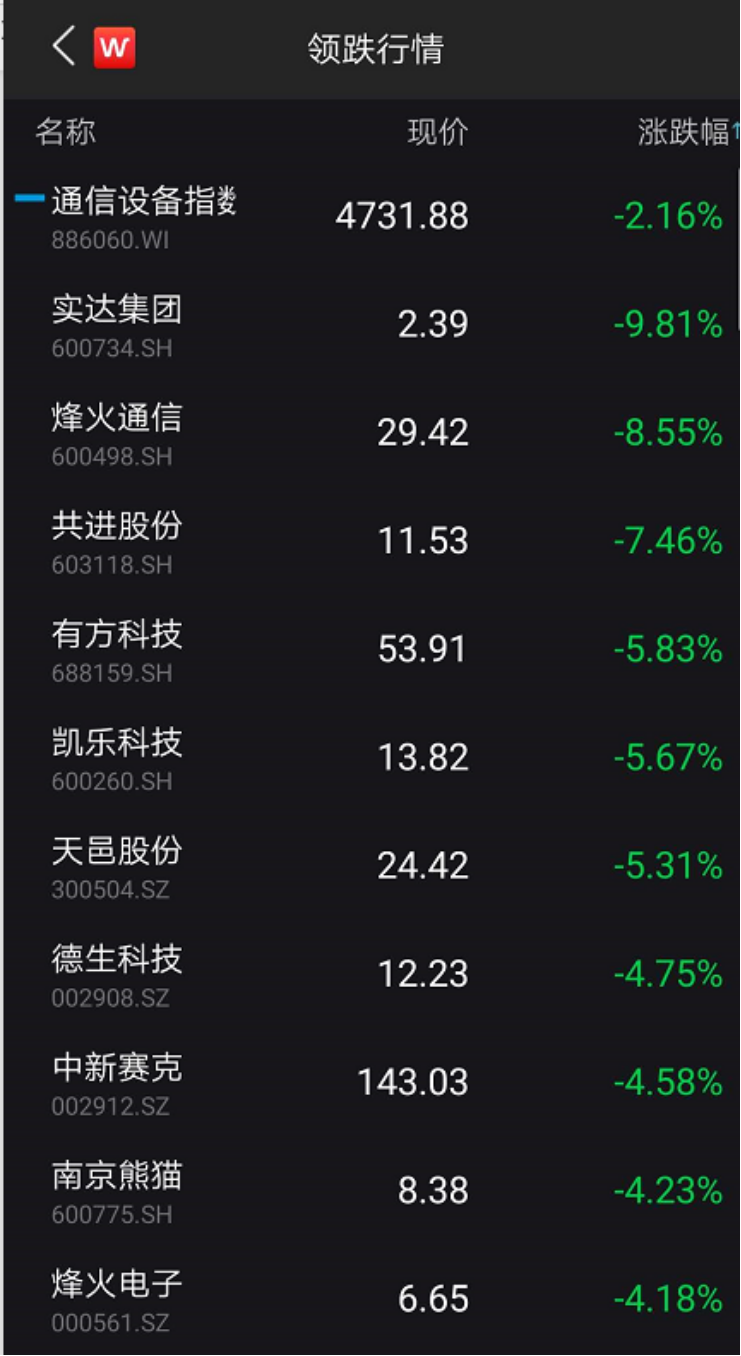 From the perspective of disk, related concepts and themes such as light index, network visualization and satellite navigation all fell. 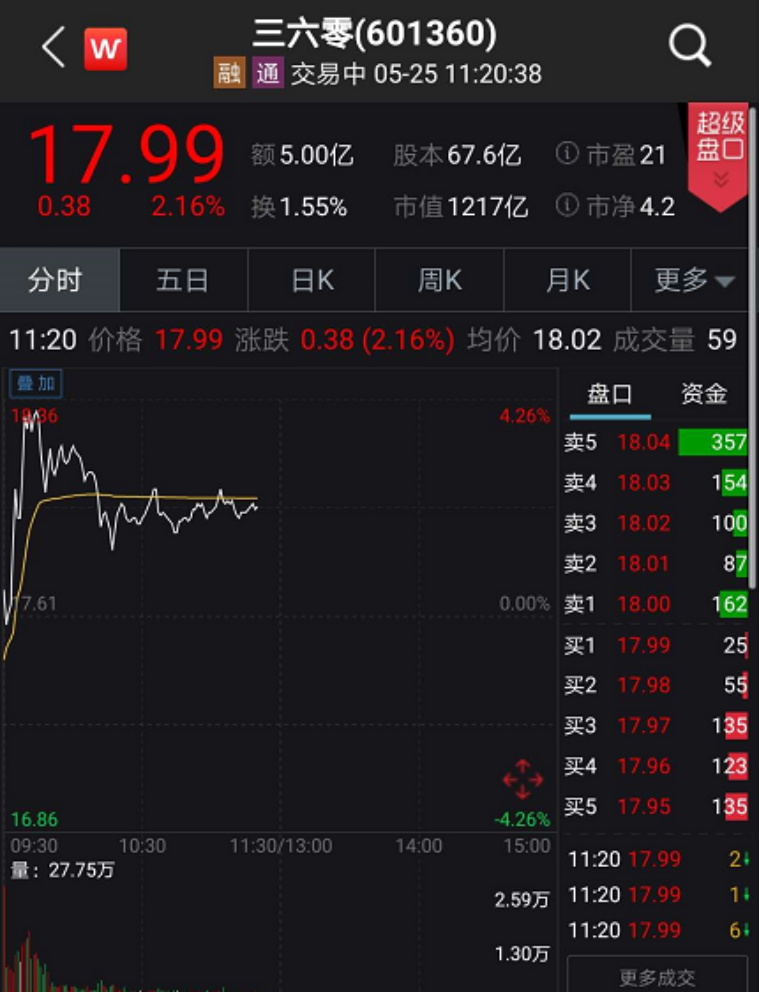 On the evening of 23 May, the 360 Group responded by saying that

It is reported that the media asked 360 group chairman Zhou Hongyi whether there is prevention,

It's worth noting that in addition to responding

360 said that it has helped Apple, Google and Microsoft find thousands of security holes through the network security brain, indirectly protecting Internet users around the world, and won the praise of the above-mentioned enterprises; it has also helped us law enforcement agencies to solve global cyber crime attacks for many times, which has been internationally recognized.

The continuous upgrading of restrictions has caused short-term pressure on the domestic chip sector and technology related sectors. Last week, the net outflow of 447 major stocks exceeded 100 million yuan, accounting for 11.7% of the total number of a shares, more than 10 times higher than the net inflow of stocks, according to data treasure. Among the stocks with the largest net outflow, most of them are technology leading stocks, such as chip stocks Wentai technology, Huatian technology, Zhaoyi innovation, Changdian technology, Zhongke dawning, etc. Wentai technology ranked first with a net outflow of 2.605 billion yuan, with the share capital down 14.79% in the week.

However, in the view of insiders, China's domestic substitution trend is irresistible. In the long run, it will become an opportunity for Chinese enterprises. For the chip sector, US sanctions may cause short-term impact, but in the medium and long term, with China focusing on high-tech industries such as chips, the potential for domestic substitution is still great in the future.

Everbright Securities believes that although the United States sanctions against Huawei slightly more than the market expected, but from the perspective of the big game, this is not surprising, this is inevitable in the expectation. Since 2018, China and the United States have entered the big game stage, so even without the impact of the new crown pneumonia, in the context of this year's US election, it is inevitable that the game between China and the United States will escalate or the risk of international conflict will rise. In the short term, the escalation of trade friction into a technology blockade will affect market trading sentiment and risk appetite, but in the long run, market ups and downs more reflect the ability of enterprises to create monetized profits.

Everbright Securities said investors need not worry too much about the future market. The greater the pressure of external blockade, the smoother the logic of internal loose policy hedging, and the greater the domestic investment in science and technology, which will be conducive to enhancing the ability of domestic science and technology enterprises to create monetization profits.

According to Hengtai securities, the trend of high-tech shares is divided, and ETFs in the industry are also subject to large redemption. In addition to HENGQIANG, the leader of some high-tech industries, most of the fake technology shares are facing the risk of valuation return.

Related news
Trump said U.S. companies could continue to supply Huawei Huawei official push: U-turn?
The linely group's best mobile processor of the year: God u Kirin 810 wins the title
"Generation God U" Kirin 810 gets The Linely Group's annual "Best Cell Phone Processor Chip"
Tesla will build 12 seat tunnel electric bus for boring company
Hot news this week
Wechat has not done this function for N years! Use this app to make up for the defects of wechat
Gree's response to "being disqualified from winning the bid": a mistake made by the bidder in sorting out the materials
Apple wants to know: what do you do with the charging head of the old iPhone?
IPhone 12: it's more like throwing away the charger
Luo Yonghao comments on ideal one: Tesla Model 3 is not a car of a level at all
ASUS main board leads Rog day fans Carnival highlights
A 400-brand evacuation Facebook： the internet giant strangled?
How long can "Laoganma" carry on after winning Tencent?
The dotcom bubble? U.S. technology stocks surpassed their 2000 highs relative to the S & P 500
Tesla's warranty service suddenly shrinks: touch screen and media control unit halved to two years
The most popular news this week
How hard is it for Tesla Model 3 owners to protect their rights?
Crack down on pornography and illegal websites: Youku iqiyi is severely punished for vulgar information and uses microblog to spread "yellow" phenomenon
Samsung Vice President: can provide a new independent 5g network to the UK
Huawei nova7 pro and luotianyi create exclusive campus memories
ARM version of Mac computer is closing down: Thunderbolt 4 left out
Us wildlife service sent a picture to many netizens: where is the puma in the picture?
5g mobile phone: the first sale of glory 30 Youth Edition is sought after by young people
U. S. new coronary pneumonia cumulative diagnosis of more than 3.05 million! Almost 60,000 a day
Huawei CIO: the fourth industrial revolution has come and mankind will speed up its entry into the Internet of all things
Love to use Huawei mobile phone big data to draw pictures of Chinese shareholders have these characteristics