A steel box girder with a length of 10.6 meters, a height of 4.79 meters, a width of 32.2 meters and a weight of about 592.1 tons was successfully built on the 26th of the bream Island Yangtze River Bridge on the Anqing Jiujiang railway.The railway bridge connecting Hubei Province and Jiangxi Province is the first cross cable-stayed bridge in China. It is also the first time that the structure has been applied in the world's high-speed railway lines with a speed of 350 kilometers per hour. 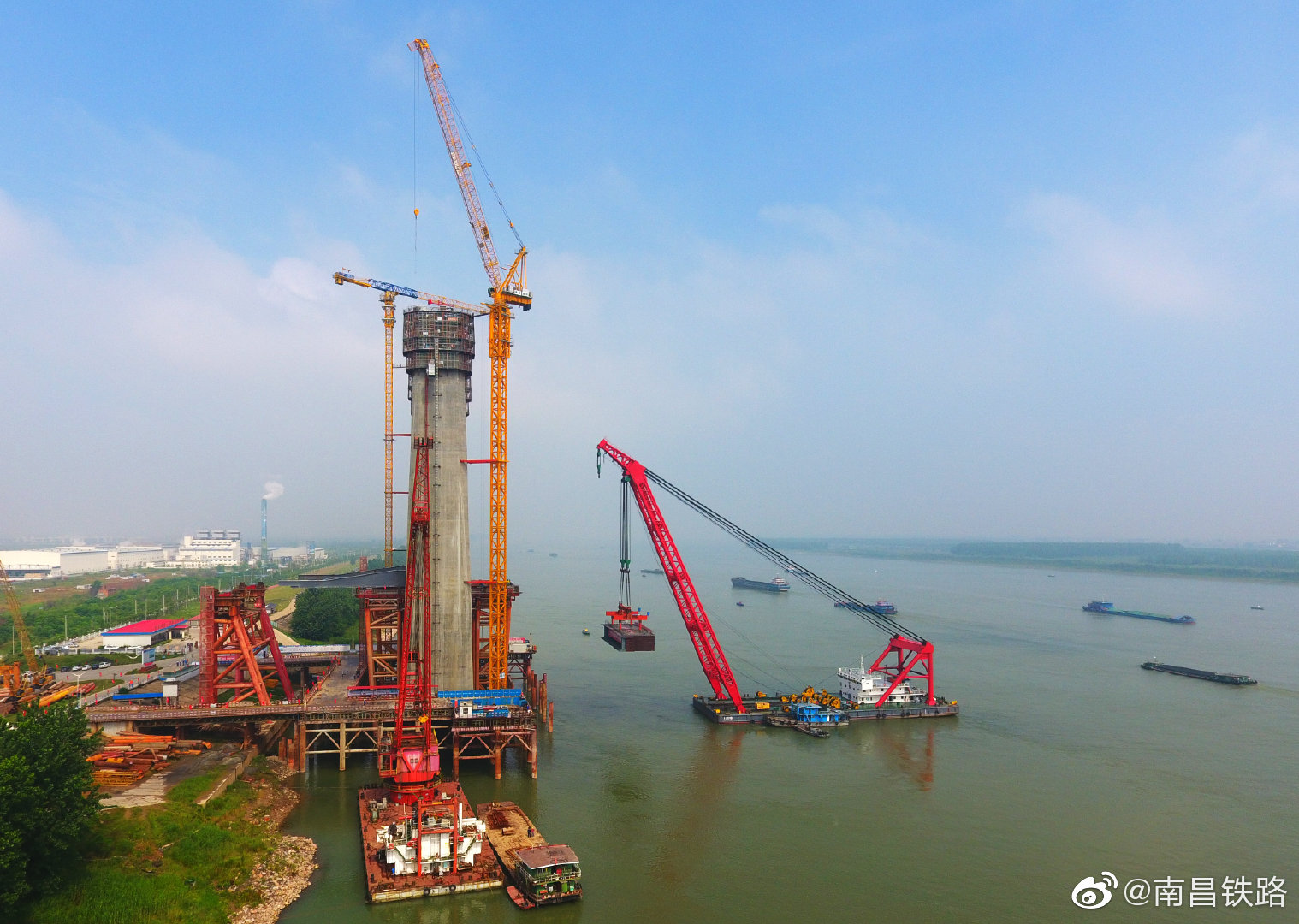 Li Shiwen, deputy chief engineer of the first Design Institute of China Railway Bridge Research Institute, said that the bream Island Yangtze River Bridge is a 4-line railway bridge, of which two lines are high-speed railway lines with a speed of 350 km / h; two lines reserved are passenger and freight lines with a speed of 200 km / H. The total length of the bridge is 35373 meters, including 1320 meters for the main channel bridge of the South Branch, and 672 meters for the main span. This is a four track railway cross cable hybrid box girder cable-stayed bridge with the largest span in China, ranking first in the world in terms of span.

"The cables of cable-stayed bridges are generally distributed symmetrically to both sides with the main tower as the center line, and there is no overlap between the cables. The main purpose of this design is to improve the rigidity of the bridge and reduce the deformation in the middle of the bridge due to heavy load and large span without changing the material of the bridge. " Li explained.

Wang Fangjin, chief engineer of the project Department of banyuzhou Yangtze River Bridge of anjiu railway of China Railway Bridge Bureau, said that the bridge not only has a new structural form and high design standard, but also has a deep water and complex geological conditions at the bridge site. The Huangguang levee and Yong'an levee on both sides of the bridge are famous dangerous sections in the middle and lower reaches of the Yangtze River, plus the frequent passing of ships in the main channel of the South Branch. In order to minimize the impact of bridge construction on the waterway, the overall erection scheme of large section steel box girder with faster construction speed, less materials and easy maintenance is adopted for the main girder of the bridge. This is the first time that steel box girder structure is used in the main girder of Long-span Railway cable-stayed bridge in China.

"Yangtze River bridge, novel coronavirus pneumonia has many construction methods, complex technology, high technology content and tight construction period. In order to reduce the impact of the new crown pneumonia epidemic on the production schedule of the project, the bridge adopts a synchronous construction scheme of tower girder (the main tower is built in parallel with the girder)." Wang Guiming, manager of the project Department of anjiu railway bream Island Yangtze River Bridge of China Railway Bridge Bureau, said. 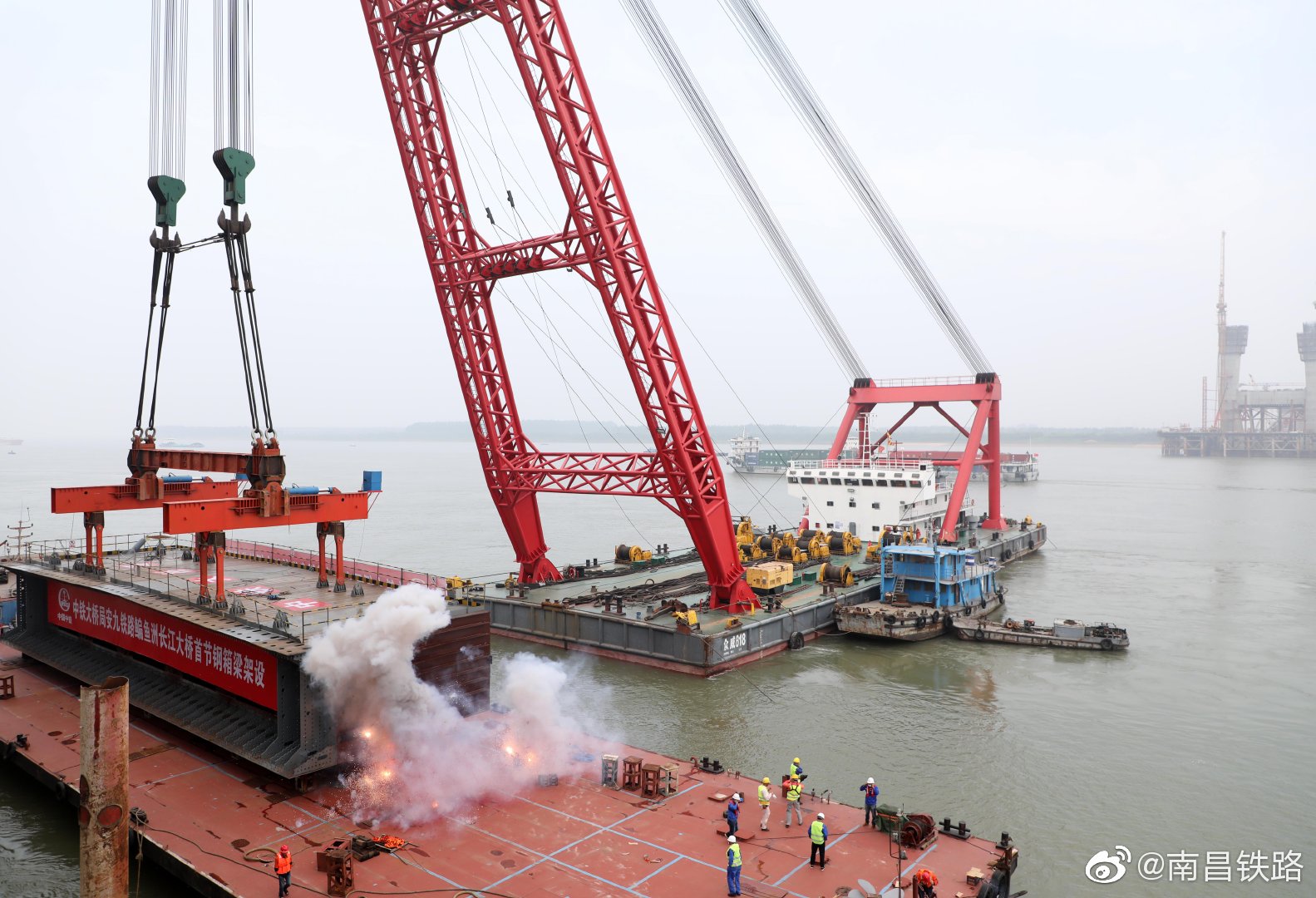 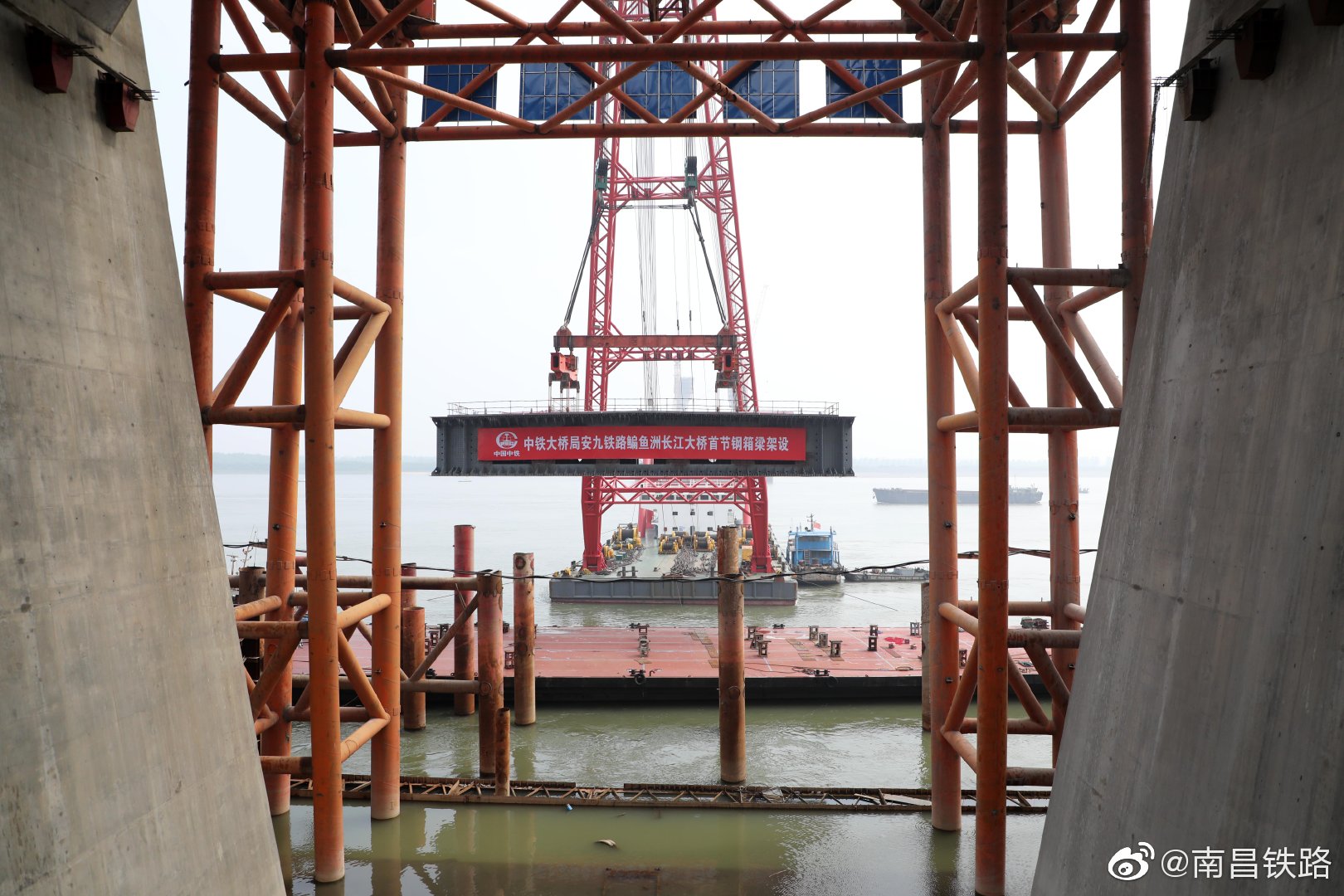 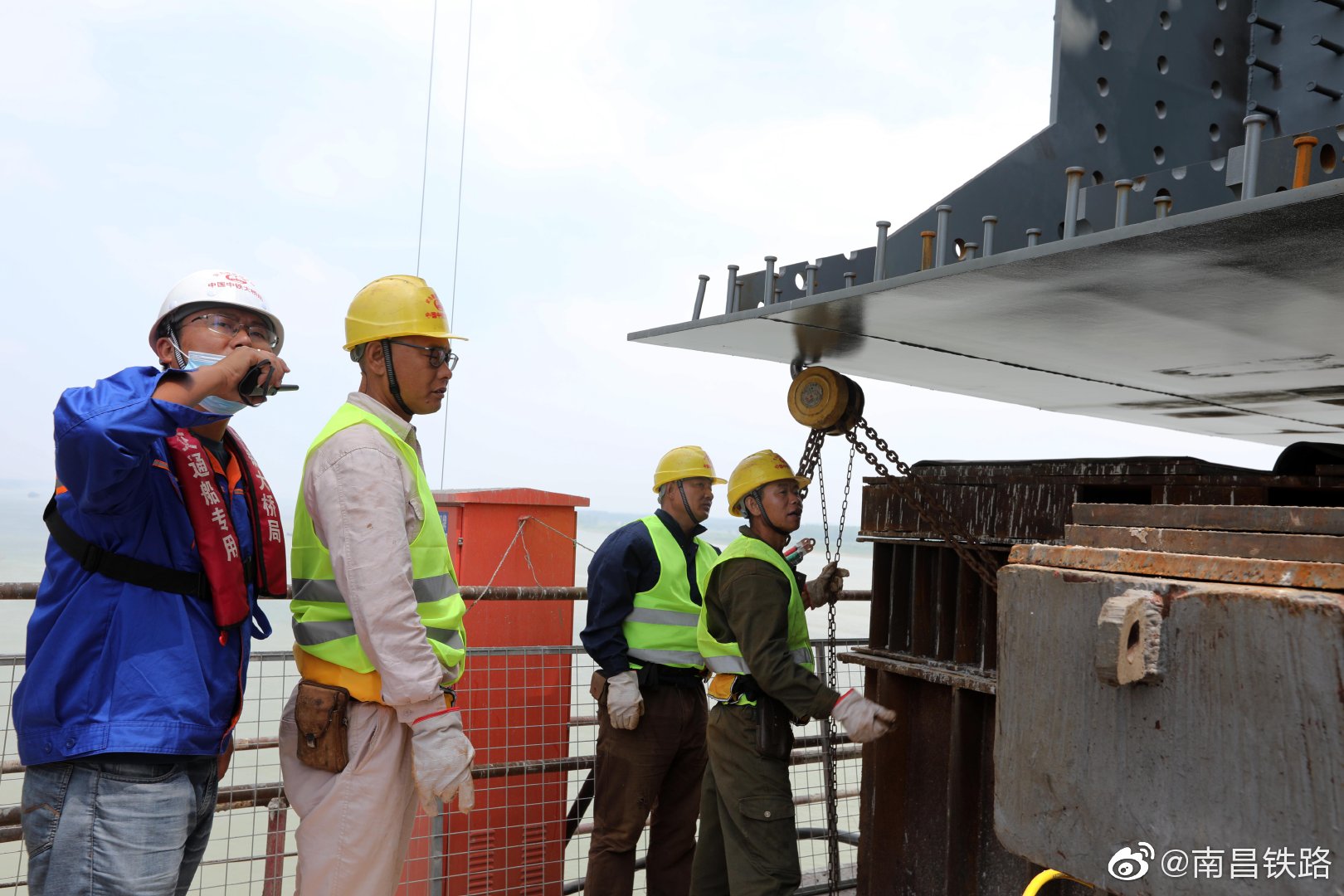 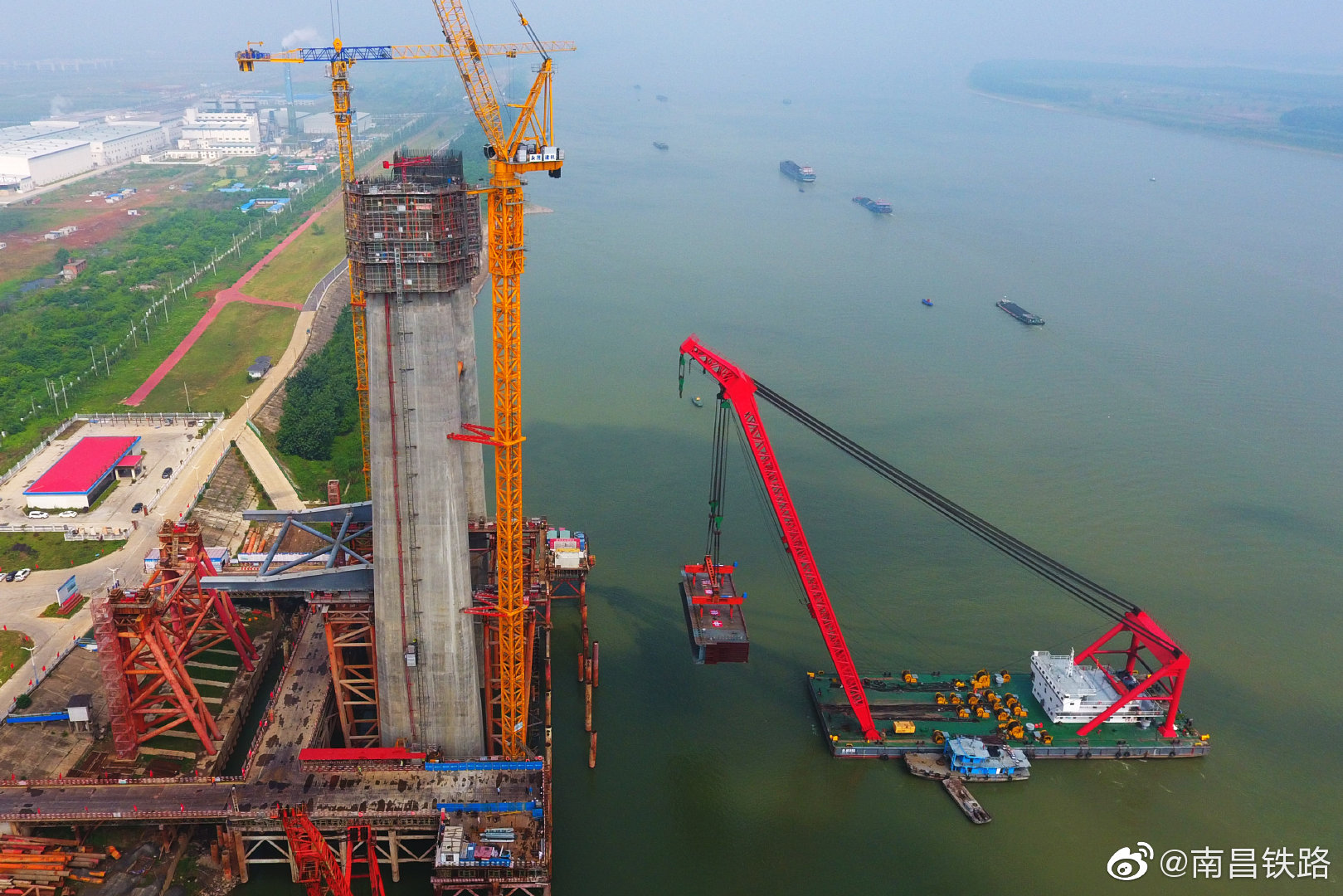