Arm introduces cortex-x Series CPU for the first time: the performance of IPC born of super large core increases by 30%

And in the Cortex-78CPU just released, aren't you satisfied with its performance improvements?Even the 5nm process can only improve the performance by 20%And it's still pulled by frequency. Yes, cortex-78 is positioned in this way. The real high-performance CPU is the new cortex-x1, which is also the core of the first cortex-x series. 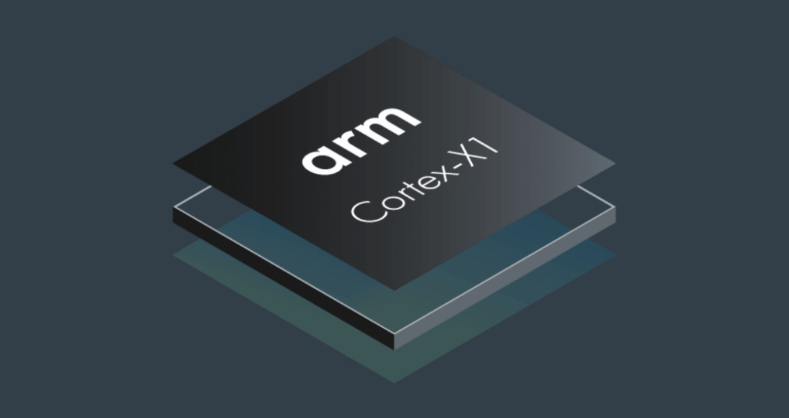 Cortex-X1, in addition to the surge in performance, also offers more flexible customization features, and you know Cortex-A there isn't much that can be changed from public licensing to caching, andCortex-X1 allows customers to customize, with more different features, allowing customers to participate in the early stages of R & D.

Of course, Cortex-X1 authorization fee is certainly not the same, more expensive than Cortex-A series is not running. Now, as Qualcomm and Samsung have abandoned ARM core of their own research in recent years, other manufacturers besides Apple have changed back to the public version of the architecture, ARM now launch Cortex-X1 is also a kind of adjustment, equivalent to an official pre-reform version, Qualcomm ,Huawei, Samsung and other customers can continue to change, customized different features.

Comparison between cortex-x1 and cortex-a78

Compared with cortex-a78, the differences of cortex-x1 are almost the same as before, mainly higher peak performance and more flexible customization. 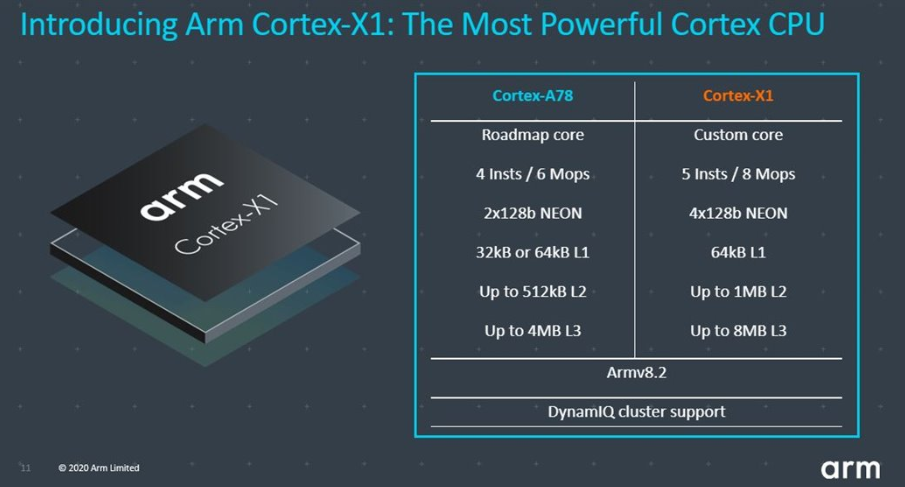 Cortex-x1 performance improvement level: 30% for single core and 100% for AI 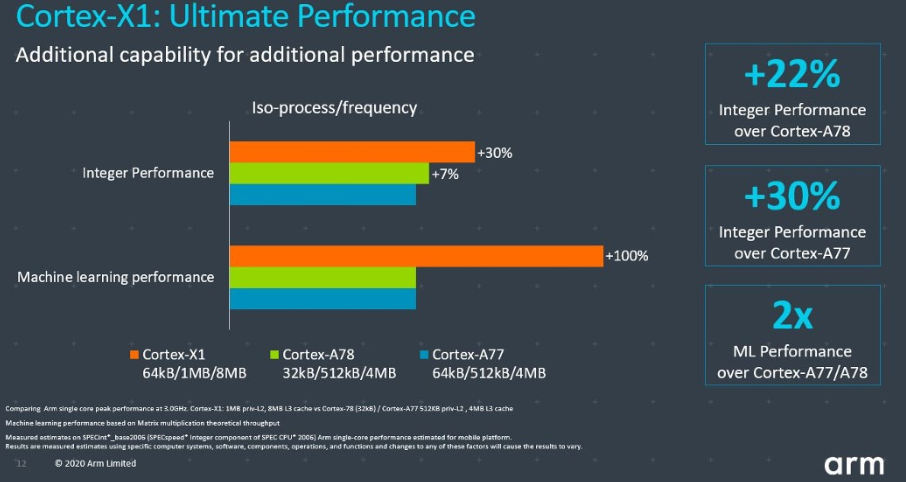 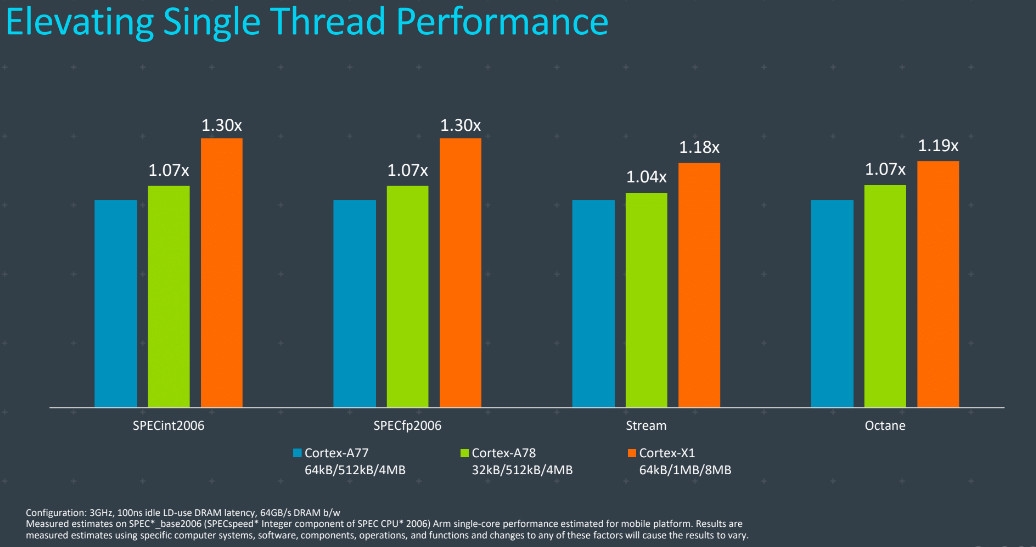 Of course, those performance improvements are theoretical values. In SPEC2006 testing, the single core performance increases by 4% to 30%, and it seems that there is no awesome force. But now it is the performance of ARM Public Edition Cortex-X1. Maybe other manufacturers can customize stronger performance.

With the Cortex-X1, the first thought is actually super-nuclear, because Qualcomm ,Huawei in the Cellon 865, Kirin 990 design three core, unlike the previous 4 4 size match, but become 2 2 4 or 1 3 Four, one or two of the large cores are independent, and the frequency is the highest.

Now, the advent of cortex-x1 represents that arm officially recognizes this multi-core configuration. Cortex-x1 can be matched with cortex-a78 and cortex-a55 cores. 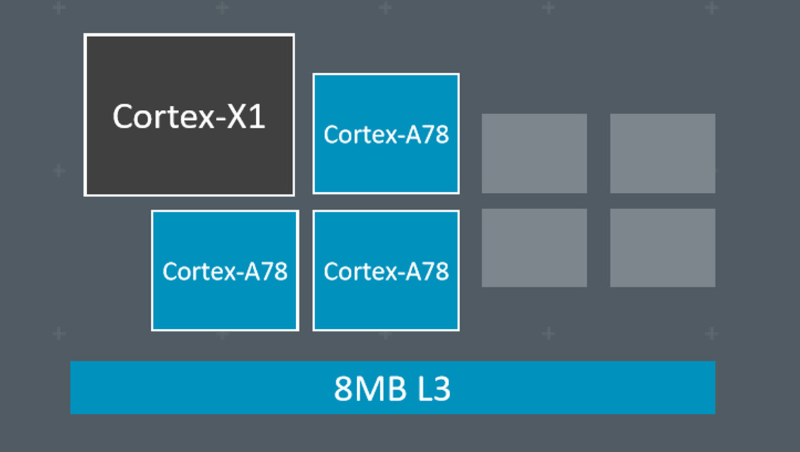 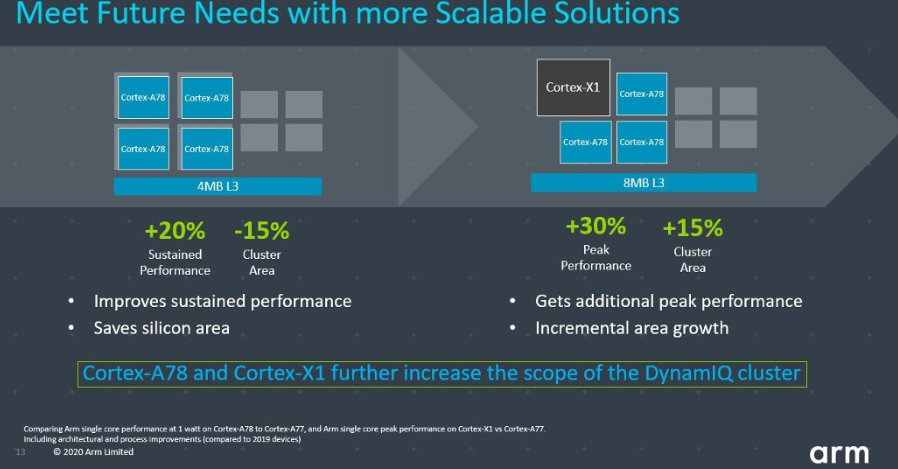 The rest depends on which company can launch cortex-x1 CPU, Qualcomm, Samsung, apple or Huawei?

Related news
It is analyzed that the CPU of Xbox series X will be close to i5 9600k
Xbox Series X will start AMD the most complex hybrid architecture to date SoC：x86ARM 7 second generation
Microsoft announces full configuration of Xbox series X
Xbox series X R & D life cycle will be 7-10 years from 2016
Arm introduces cortex-x Series CPU for the first time: the performance of IPC born of super large core increases by 30%
Microsoft: Xbox series X will be downward compatible with thousands of games
Apple's five-year CPU roadmap exposure: in 2024, 2nm A18 chip and IPC will increase by 30% every year
The most powerful game console in the history of Microsoft! Xbox series X
The most important innovation in 10 years: arm releases amrv9 instruction set: IPC performance rises 30%
Hot news this week
The developer of the dating app Tinder has reached an agreement with Google over billing rules for its app store
Still did it! Canada has banned Huawei and ZTE from participating in the country's 5G network on "national security" grounds
Red Elf Lightning erupts in the Himalayas Spectacular Spectacle: Experts Reveal What Exactly Is This?
The founder of the Internet Quick Hand Su Hua was taken away for investigation, and the fast hand responded: the news was not true
Wang Xiang, president of Xiaomi, explained that a shortage of low-end chips is a major challenge in overseas markets
Or for Studio Display Pro, the release of Apple's 27-inch Mini LED-backlit Display has been delayed by October
Tencent Q1: The business service business has "slightly decreased" year -on -year, and resource centralized video cloud and network security | View financial report
One picture to understand! Blue Factory has issued 3 new machines in a row: self-developed chip blessing, the narrowest lower border
Sony released the active noise-canceling headphones WH-1000XM5, equipped with 2 chips and 8 microphones
Tencent established a smart technology company in Chengdu, and its business scope includes Internet data services
The most popular news this week
How does the Internet make People Copy each other
Fed Vice Chairman: The future digital dollar may complement the coexistence of stablecoins and commercial bank currencies
ZHANG Pingan, CEO of HUAWEI CLOUD: The value of data governance in China has not been fully tapped Data and AI should be accelerated
Shenzhen Atmosphere! The sales price of mobile phones, computers and other products is subsidized by 15%
Microsoft shows third -party components: Win11 chicken rib function is saved
No need to grab it! Sony announced an increase in PS5 shipments
Audi advertising poster photos only sell for 8 yuan? Photographers question the unreasonable use of the photo purchase
Twitter spent $150 million to settle privacy and security lawsuits with the U.S. government
Hong Kong Hang Seng Index Opens 0.5% Baidu Hong Kong Stocks Open More Than 2%
Amazon's new CEO participated in a shareholders' meeting for the first time: to restore normal profit, ready to cut off the excess warehouse