Among the sub-brands set up by domestic brands, getting out of the OPPO is the most successful the OPPO and stick to it for seven years

From the full text of Liu zuohu,He didn't admit it was a low-priced product, he said Another high-end price of a mobile phone is not very likely to go directly with Huawei, Apple to fight the 6000 market is not wise. 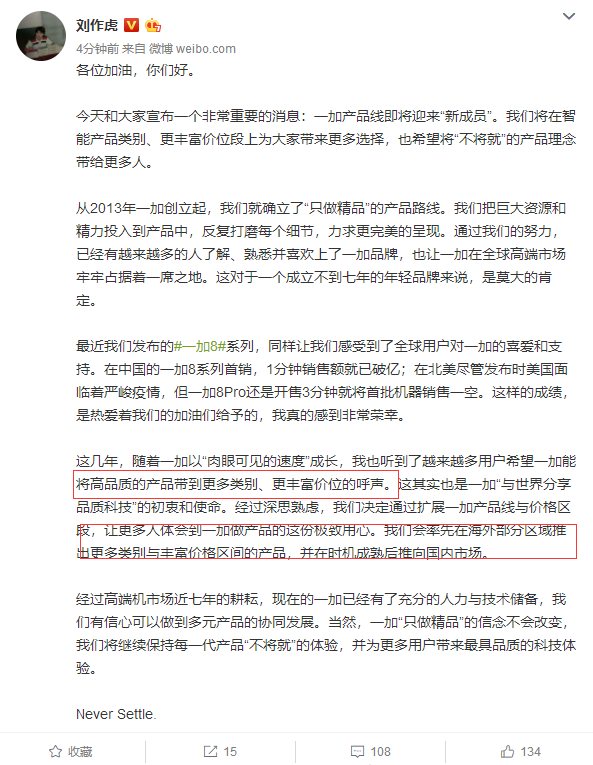 Obviously, this product will be a mainstream 5g mobile phone cheaper than the one plus eight series. This is not the first time that one plus has tried low-cost mobile phones. In 2015, one plus mobile phone x (oneplus x) was launched at the end of October, equipped with a 5.0-inch 1080p AMOLED screen, equipped with a Qualcomm snapdragon 801 processor with a main frequency of 2.3ghz, supplemented by 3gb Lp-ddr3 running memory and 16GB storage space (up to 128GB microSD card extension supported), running hydrogen OS based on Android 5.1.1.

But a low price plus x is not a success,After the shutdown in 2016, Yijia will not push any new productsIn 2018, it was rumored that Yijia re launched Yijia X series, which Liu zuohu denied at that time.

As time goes by, today's Yijia mobile phone is different. The price has reached 4500 yuan. There are no products in the 2999 yuan file that used to dominate. After the release of Yijia 8 series, there is a rumor that they will launch Yijia 8 Lite mobile phones,Equipped with MediaTek Tianji 1000 or Xiaolong 765G, the first price in Europe is only 400 euros (about 3161 yuan).

Combined with liu zuohu's statement, a plus ready to launch a more mainstream price of 5 G mobile phones, can not miss 2000 to 3000 of the market, after all, four or five thousand a plus 8 series is difficult to guarantee enough sales. 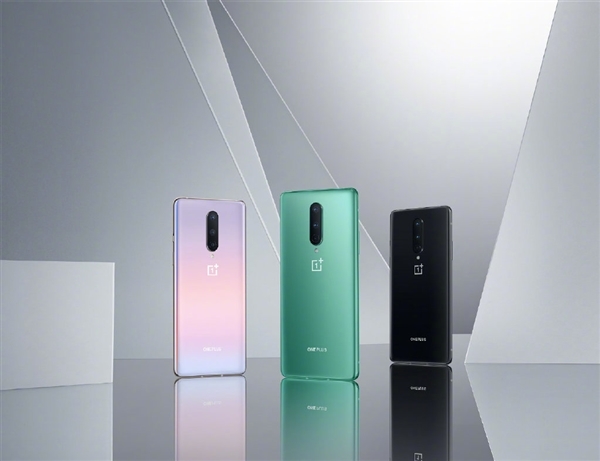 Related news
One plus eight us successfully completed T-Mobile SA 5g network connection
Hot news this week
Wechat has not done this function for N years! Use this app to make up for the defects of wechat
Gree's response to "being disqualified from winning the bid": a mistake made by the bidder in sorting out the materials
Apple wants to know: what do you do with the charging head of the old iPhone?
IPhone 12: it's more like throwing away the charger
Luo Yonghao comments on ideal one: Tesla Model 3 is not a car of a level at all
ASUS main board leads Rog day fans Carnival highlights
A 400-brand evacuation Facebook： the internet giant strangled?
How long can "Laoganma" carry on after winning Tencent?
The dotcom bubble? U.S. technology stocks surpassed their 2000 highs relative to the S & P 500
Tesla's warranty service suddenly shrinks: touch screen and media control unit halved to two years
The most popular news this week
Crack down on pornography and illegal websites: Youku iqiyi is severely punished for vulgar information and uses microblog to spread "yellow" phenomenon
Samsung Vice President: can provide a new independent 5g network to the UK
Huawei nova7 pro and luotianyi create exclusive campus memories
ARM version of Mac computer is closing down: Thunderbolt 4 left out
Us wildlife service sent a picture to many netizens: where is the puma in the picture?
5g mobile phone: the first sale of glory 30 Youth Edition is sought after by young people
U. S. new coronary pneumonia cumulative diagnosis of more than 3.05 million! Almost 60,000 a day
Huawei CIO: the fourth industrial revolution has come and mankind will speed up its entry into the Internet of all things
Love to use Huawei mobile phone big data to draw pictures of Chinese shareholders have these characteristics
6.6 billion domestic mobile phone number has been cancelled! Chairman of sailin automobile's first response after going to the United States