Apple will reopen another 100 U.S. Apple stores this week

The latest wave of Apple store openings is expected to include about 100 stores across the country, the company said, as it tries to restore its retail business to its pre viral level.As part of preventive measures, Apple stores in the United States and most other countries are closed to prevent the spread of COVID-19. 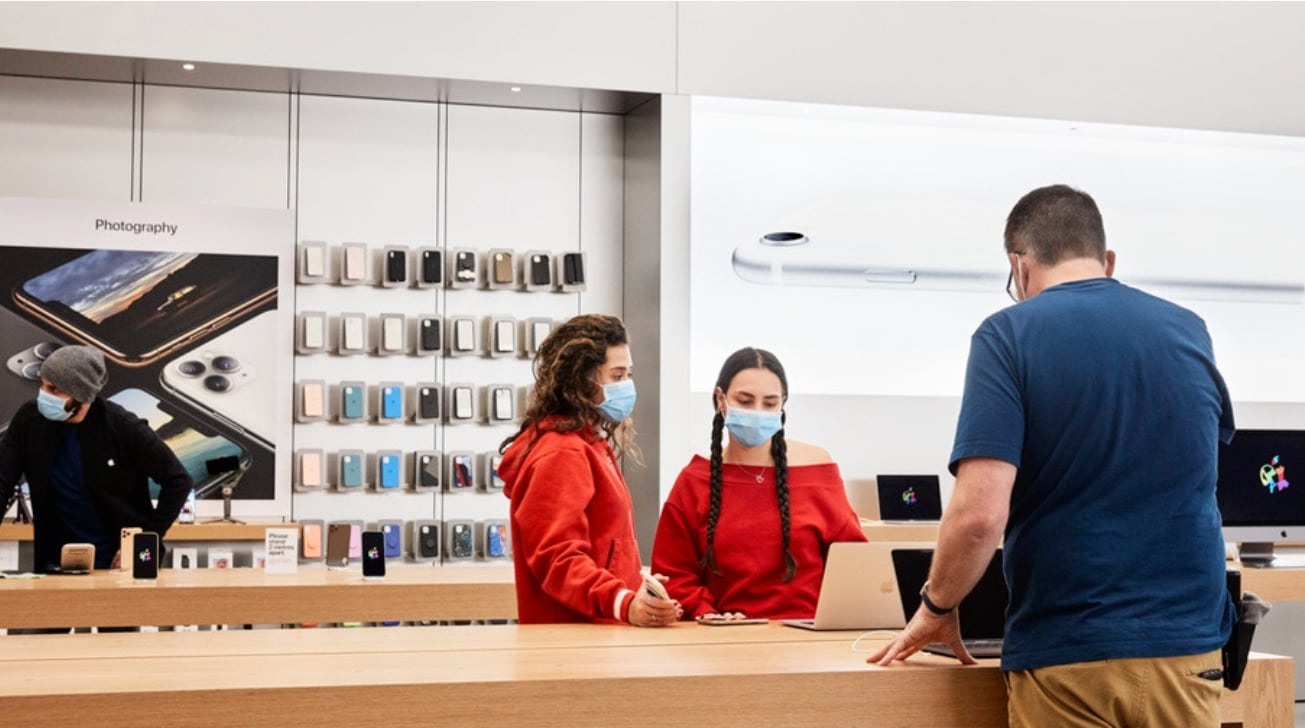 Apple said most stores will only provide online pick-up and appointment service for genius bar, some of which will be open to customers entering the store, but where they will receive a temperature check and other precautions, such as limiting the number of people.

Apple encourages customers to learn about local store's business hours first, because this may be different from normal business hours, if not very necessary to come to the store, in addition to phone technology support services, users can also try the support services on apple's website.

Since the week of May 11, Apple has restored some stores in a few states in the United States, followed by a second wave of plans to open 25 more stores.

Apple reopened 32 out of a total of 271 stores in the u.s. ahead of the announcement. If apple opened another 100 stores, the total would be 132, accounting for almost half of all american stores. There are 239 stores in other countries, and 119 are believed to resume operations by May 28.

Apple's stores in Japan will reopen this week

Apple is reviving Apple Store stores around the world

Related news
Apple Card hands-on video
Cook: there are now 1/3 or more Apple Store customers using the old for new program
Apple will reopen another 100 U.S. Apple stores this week
Apple will reopen more than 70 Apple stores in the US and Canada this week
Hot news this week
Wechat has not done this function for N years! Use this app to make up for the defects of wechat
Gree's response to "being disqualified from winning the bid": a mistake made by the bidder in sorting out the materials
IPhone 12: it's more like throwing away the charger
Apple wants to know: what do you do with the charging head of the old iPhone?
Luo Yonghao comments on ideal one: Tesla Model 3 is not a car of a level at all
ASUS main board leads Rog day fans Carnival highlights
A 400-brand evacuation Facebook： the internet giant strangled?
How long can "Laoganma" carry on after winning Tencent?
The dotcom bubble? U.S. technology stocks surpassed their 2000 highs relative to the S & P 500
Tesla's warranty service suddenly shrinks: touch screen and media control unit halved to two years
The most popular news this week
5g mobile phone: the first sale of glory 30 Youth Edition is sought after by young people
U. S. new coronary pneumonia cumulative diagnosis of more than 3.05 million! Almost 60,000 a day
Huawei CIO: the fourth industrial revolution has come and mankind will speed up its entry into the Internet of all things
Love to use Huawei mobile phone big data to draw pictures of Chinese shareholders have these characteristics
6.6 billion domestic mobile phone number has been cancelled! Chairman of sailin automobile's first response after going to the United States
Samsung Galaxy book s, the inspiration carrier of China Mobile
Cellon 865 release Meizu: change too fast, continue to polish Cellon 865
Apple intends to raise its price! IPhone 12 requires full line standard OLED screen
Volume only 1 L Lenovo release P340 microhost :64 GB memory 2 solid state
Ps5 / xsx host: no mid-term upgrade style