Huawei will not have access to any semiconductor chips made using U.S. equipment or design technology, according to the latest Trump administration rules, this month when the U.S. government announced further sanctions against Huawei to cut off the global chip supply of the Chinese communications equipment giant. The U.S. aims to knock Huawei off by cutting off key chips for TSMC (TSMC), a Taiwanese contract manufacturer that relies on U.S. manufacturing tools.

The latest review report of light reading analyzes the possible impact of the U.S. move on Huawei and China, and believes that further blockade may have a certain impact on Huawei, but it will never stop China's rise in the long run.

The following is the report of light reading (some of which are excerpts):

Experts agree that the latest U.S. government measures will pose a serious threat to Huawei Chinese giant. Their disagreement lay in the severity. Few believe that if the rules were fully implemented ,Huawei would survive for only one year. Others are more optimistic about the company's prospects. However, regardless of the fate of the Huawei, the prevailing view is that America's actions to hinder China's technological development will eventually fail.

How long can this last?

Huawei dependence on tsmc can not be overstated. Huawei is currently tsmc's second-largest customer after apple, accounting for about 15% of tsmc's revenue, according to The Information Network estimates. For 2019, the figure was about $5.2 billion, about half of the company's annual spending on U.S. components before Huawei emergency reserve last year. Huawei also relies on TSMC on certain 5 G chips and microprocessors used in network servers.

SMIC never seems to be an ideal alternative, purely because it is thought to lag behind TSMC in chip-making technology. one of the goals of this technological development is to reduce the transistor size in nanometers (nm) so that more transistors can be stuffed into the chip, thus improving performance and efficiency. Dell of Market Research Corporation

China's money should eventually create a more competitive SMIC. Earlier this month, the shanghai-based company reportedly announced it was planning to issue no more than 1.686 billion shares in kechuang board. On the basis of the closing price on May 7(HK $16.94/ share), SMIC's fund-raising may amount to HK $28,560 billion (about RMB 26.13 billion). New Street Research said the move would help

The other problem is that SMIC clearly uses manufacturing tools produced by American companies such as Applied Materials、Lam Research and Teradyne. And that would put the chinese contract manufacturer under the same restrictions that currently threaten tsmc's relationship with Huawei. It is unclear whether the new rules are more difficult to circumvent than the original blockade of U.S. spare parts. Former Huawei suppliers avoided the initial blockade by using their non-United States facilities. Stefan Pongratz indicated that:

The only guarantee for China is to invest in its own manufacturing tools. Earl Lum indicated that:

Although the new rules will not take effect in 120 days, no company has enough stock to survive for so long. At the same time, many Huawei-dependent countries and telecom operators will conduct emergency risk assessments that have been hit by U.S. sanctions. Stefan Pongratz said:

Despite the warnings, the Dell from

From last year ,Huawei began to prepare for the future without US suppliers. Huawei R & D spending has soared to $18.6 billion from $14.3 billion in 2018 to $18.6 billion last year, far exceeding its European and US competitors. This year the company plans to invest $20 billion in research and development.

Just as NeoPhotonics、Lumentum and Huawei other parts suppliers look for loopholes in the original rules, these companies may try to circumvent the latest U.S. regulations. Dorsey, American Law Firm

This has been a precedent. Nelson Dong said the U.S. once dominated satellite technology, but with stricter export controls on the technology,America's position has declined. These controls prompted many customers to avoid U.S. suppliers, which ultimately cost U.S. suppliers billions of dollars in sales compared to their international competitors. He said tighter controls on the semiconductor market could trigge Change

China is already investing more in technology. It is reported that China National IC industry investment fund phase II Co., Ltd. (large fund phase II) has been officially registered and established in October 2019, with a registered capital of 204.15 billion yuan. This will help China maintain its technological independence from the United States. There is no doubt that discussions on semiconductor manufacturing tools have already taken place at the Chinese government level.

Talent is the true source of wealth

But in the long run, China may win.

This population imbalance has become a key factor in today's telecommunications and technology markets. With a population of 1.4 billion, China last year accounted for 17% of the total sales of apple, the largest electronics manufacturer in the United States. According to borje ekholm, CEO of Ericsson in Sweden, the Chinese market accounts for 60% of the global 4G infrastructure market, and he believes that China will also occupy a leading position in 5g in the future. If this estimate is accurate, if China sets restrictions on Ericsson and Nokia's market access, the loss of their share of mobile industry revenue will be greater than the loss of their share due to restrictions on Huawei imposed by the United States, Europe and other Asia Pacific regions.

The Kaan Terzioglu of industry executives says china's human capital and investment in digital technology in the future will make china a global leader in artificial intelligence, which could explain why the u.s. is pushing down Huawei. Kaan Terzioglu was the Turkcell leader of Turkish mobile operators and is now a joint CEO. of Veon.

Especially in the R & D war, the imbalance of human capital will be difficult for the United States to cope with. A total of more than 124,000 R & D workers were employed by Huawei and ZTE last year, which is equivalent to 63% of the total number of Ericsson and Nokia employees. EJL Wireless Research analyst Earl Lum told Light Reading earlier this year:

Supporters of the US policy move say decoupling US technology from Chinese products will reduce security risks and prevent China from stealing US innovation. For now, there are fewer and fewer critics of this isolationism. However, the successor of the current global supply chain, partnership and trading system will be a balkanized world with incompatible standards, concentrated risks and limited potential resources. In this case, the harmonious relationship between China and the United States is even more unimaginable. In such an environment, a decades long technological arms race is unlikely to make the United States a winner. 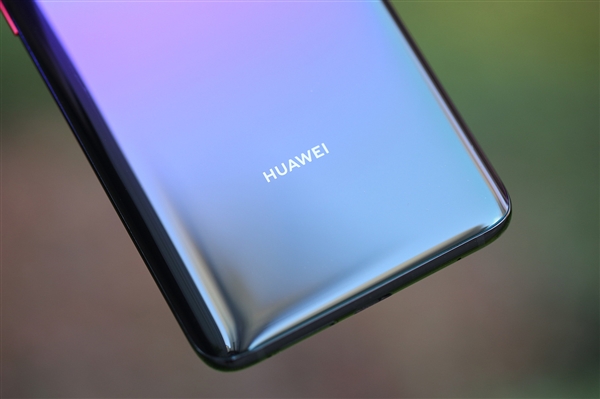 Related news
Huawei shopping mall's 318th anniversary comes to Huawei VR glass to make your home feel the bright spring light
Huawei Pay into Hangzhou, release mobile version of Hangzhou Tong, pay by car to add new options
Semicon China: Huawei and Exxon bring semiconductor intelligent quality inspection and measurement solutions
Hot news this week
has submitted a submission to the US side! Can TSMC and Qualcomm resume supply to Huawei?
Raise the price as much as you can! NVIDIA RTX 20 series production stopped
Alipay holds a university for small shops: all roadside shops and husband and wife shops can register for free.
NVIDIA RTX 20 production line to enjoy price increases
Huawei: 5g hardware not affected by White House sanctions can be supplied to the UK in the next five years
"Reprisals" by the United States against France in the digital tax dispute, Expert: limited impact
Why do investors think meituan pinduoduo has a bright future this year
No one in Xiaomi's legal department? I can't bear it this time. I told the Tianji network of Xiaomi TV
IResearch released mobile Internet traffic report, Youku ascended the growth list again
Linux Foundation recognizes that open source technology is not subject to U.S. export controls
The most popular news this week
AI chip company was listed on the science and technology innovation board on July 20, with an issue price of 64.39 yuan
China's first 14nm and below production line won SMIC international investment.
Tencent Music: love, believe and insist
Advanced security features of AMD epyc processor enable new Google cloud confidential Computing Series
Lu master Q2 graphics card ranking: AMD completely suppressed by NVIDIA
Former vice president of quality at Tesla
AMD will release Q2 quarterly financial report: zen2 is about to set a record, zen3 will take over in the second half of the year
Seagate releases a new generation of thunderbolt enterprise SSD: it is guaranteed for 5 years and can be written 10 times a day
Lu master Q2 graphics card ranking: AMD is completely suppressed
Us think tank: Twitter may face worse situation on election day