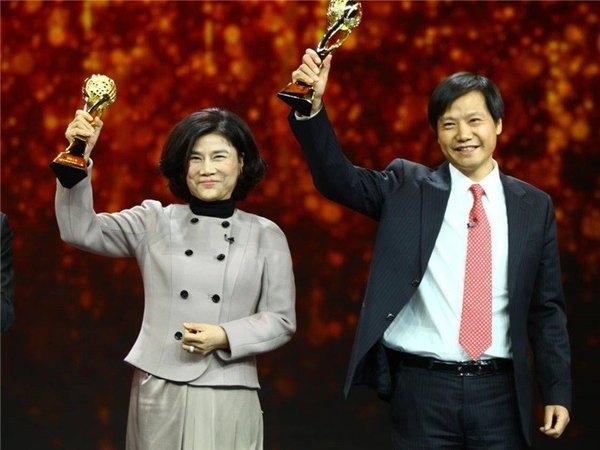 Yesterday (29), Lei Jun in an interview column responded to the second bet with Dong Mingzhu. He said that if there were any

He also praised Gree as a representative of China's manufacturing industry, and blessed Gree to be able to refuel in front of the epidemic and successfully survive it.

It is understood that Xiaomi's production capacity has almost completely recovered. Lei Jun also revealed that at least ten 5g mobile phones will continue to be released this year. Referring to the satellite Internet mentioned at the recent two sessions, he said that it will take another 5-10 years for large-scale commercial use.

Dong Mingzhu, chairman of Gree, also frequently appeared on various live broadcast platforms recently to bring goods for his own products. It is understood that on the evening of May 15, Dong Mingzhu, chairman of Gree Electric, appeared in JD live to bring goods, and more than 50 products of Gree were launched simultaneously. More than three hours later, the volume of transactions in the live broadcast reached 703 million, the highest record of live delivery in Jingdong household appliances industry.

Feeling the sweetness of live delivery, Gree issued the announcement on launching the live broadcast activity of Gree new life 6.1 brand day on May 28, announcing that Dong Mingzhu will lead 30 thousand offline stores of Gree and link the six online platforms to open online services at the same time. At this point, Dong Mingzhu led Gree Electric to the field of e-commerce live broadcast.

Dong Mingzhu had also responded to the second wave of gambling agreement, she said: 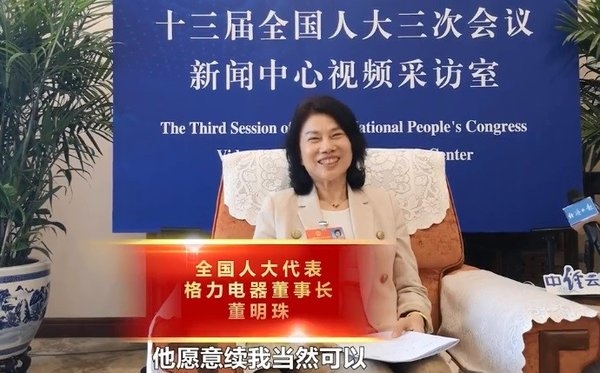 At present, Gree and millet both have the chance to win the second bet. Although Gree won his first bet, Xiaomi, only nine years old, also proved the great success of the Internet model. In the second round of gambling, Gree will embrace the online mode of power, and may be able to walk out of a path similar to millet.

Dong Mingzhu also said that with the passage of time, online and offline has become a new mode. It does not store online and offline, but only uses a faster way to let consumers feel the convenience brought by this operation mode is the most important.

Related news
Gree's total income in 2000 was 200 billion yuan: Dong Mingzhu won the "Billion Gambling" with Xiaomi Leijun!
Dong Mingzhu responded to Xiaomi's surpassing Gree in the first quarter: it is still far away.
Foxconn has bought land in Vietnam: will iPhone "MADE IN VIETNAM" in the future? (figure)
Hot news this week
Wechat has not done this function for N years! Use this app to make up for the defects of wechat
Gree's response to "being disqualified from winning the bid": a mistake made by the bidder in sorting out the materials
IPhone 12: it's more like throwing away the charger
Microsoft official free data recovery tool windows file recovery experience
NASA's face touching Necklace: vibration warning to prevent the spread of new coronavirus
Apple wants to know: what do you do with the charging head of the old iPhone?
Amazon cancels disposable plastic products in India
Xiaomi's first ultra-high-end OLED TV picture quality stunning Lei Jun: not to see it is difficult to understand
How long can "Laoganma" carry on after winning Tencent?
Tencent magic change Yang surpasses video self mockery: I'm a simple and honest fake spicy sauce lost 16 million
The most popular news this week
Xiaomi Finance: we are not Shandong Xiaomi finance which illegally absorbs deposits
HP battle 99 amd version design book on the shelf: 6299 yuan to buy it!
Linus Torvalds, father of Linux: I didn't program for a long time. My job is to say no
Android version of the Firefox browser to remove the preview version to solve the confusion of the version number
The severity of the epidemic in the United States is greatly underestimated, or the actual number of infected people is 10 to 24 times higher than the existing data
China's Tesla owners humble Rights: fully automatic driving nearly killed! The muck truck merged the line, and even accelerated to hit it
HP spectre folio experience: leather and limited, trying to get rid of homogeneous laptops
"Operation Wizard" has pushed 5.9 monthly fee members, 88vip and Jingdong plus members have something to say
Microsoft's new windows Preview: push new fluent start menu
TSMC 5nm was snatched by Huawei and apple this year