A few days ago, a "wechat can be modified once a year" message exploded on the Internet. Many people said that the mistakes they made when they were young could finally be made up. Wechat ID has become a kind of ID card in the Internet world, even more important. "At that time, I was young and ignorant, but I didn't expect to spend my whole life with myself. Now wechat is finally going to give these people a "regret medicine". Although it can only be changed once a year, it's an opportunity that can't be bought with money. 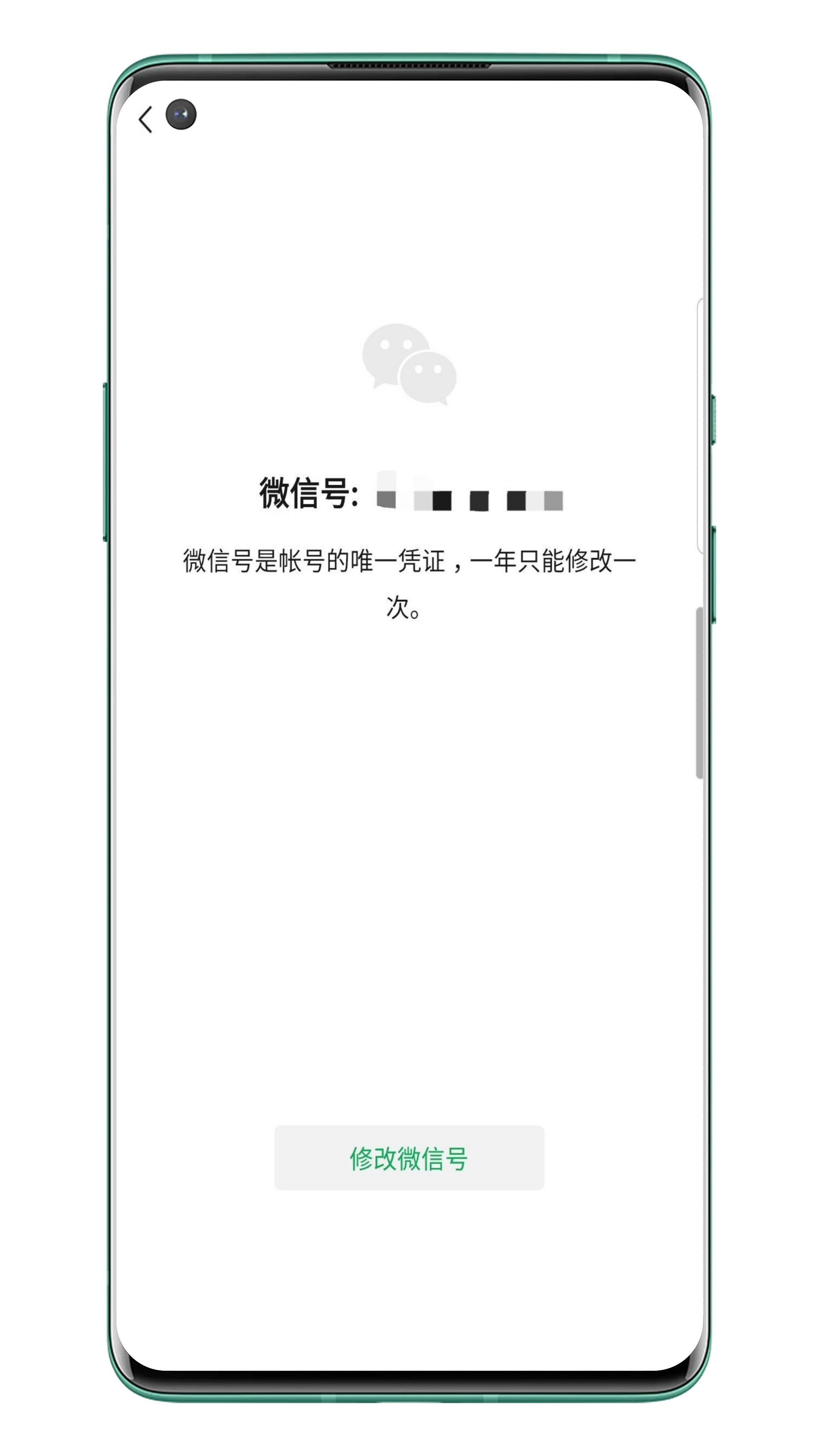 Taking advantage of this function is not officially online, I quickly turned over the ID in the friends list, and found many secrets. Some even know friends for many years, but they have never heard of these stories before.

(in order to protect privacy, the illustration will use virtual characters. Please do not search the ID mentioned in the article.) 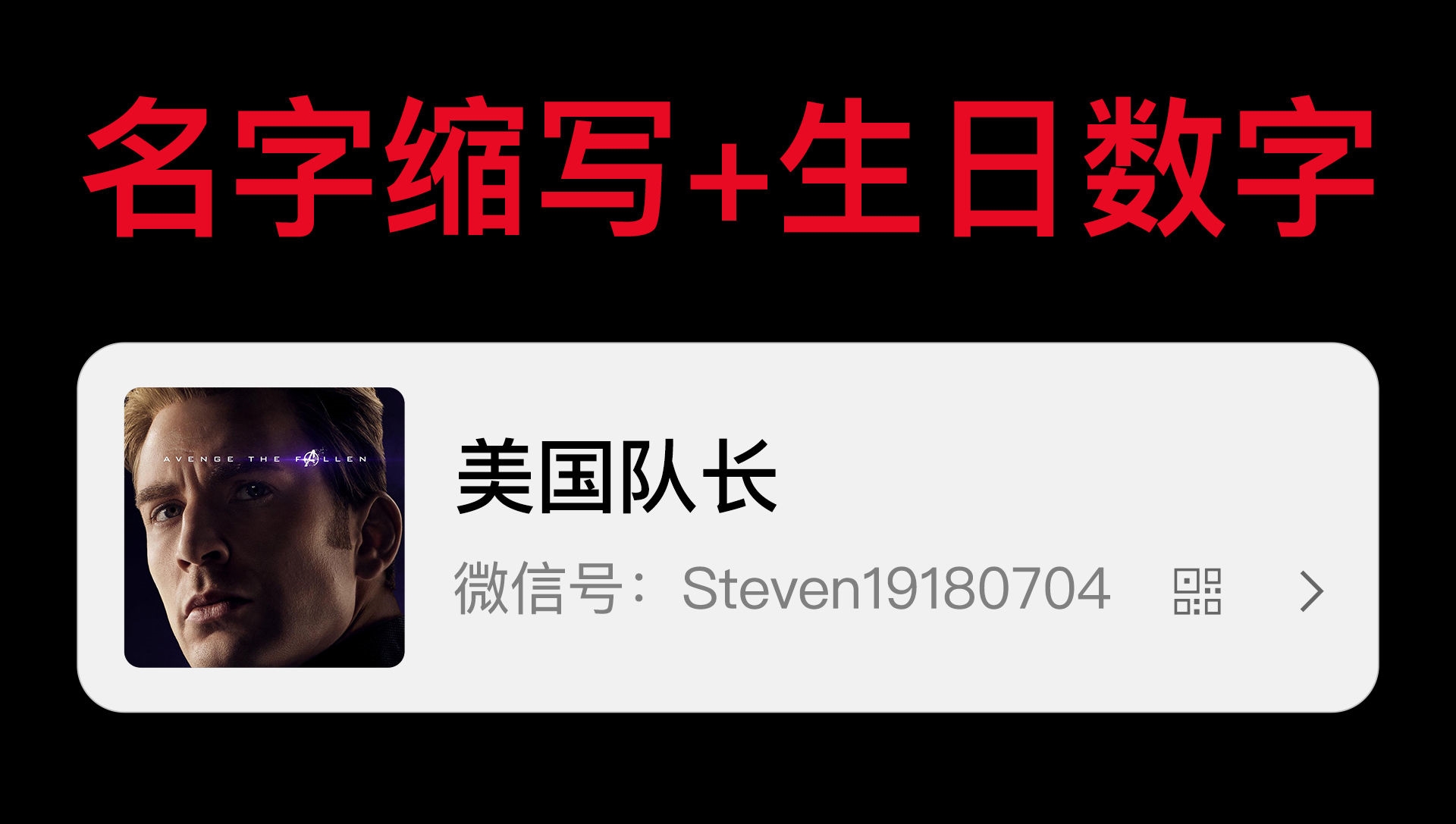 First of all, the most common combination of names and birthdays, this type I think is the most suitable ID. WeChat. One is not easy to repeat, the success rate of registration is high, the second WeChat is an acquaintance social platform, such a name whether to share with friends, or business cards at work, are more formal.

But there is also a painful combination of people who write the year in it. Considering that many people's passwords are also a combination of names and birthdays, the ID that exposes all your privacy can be said to be uncomfortable. 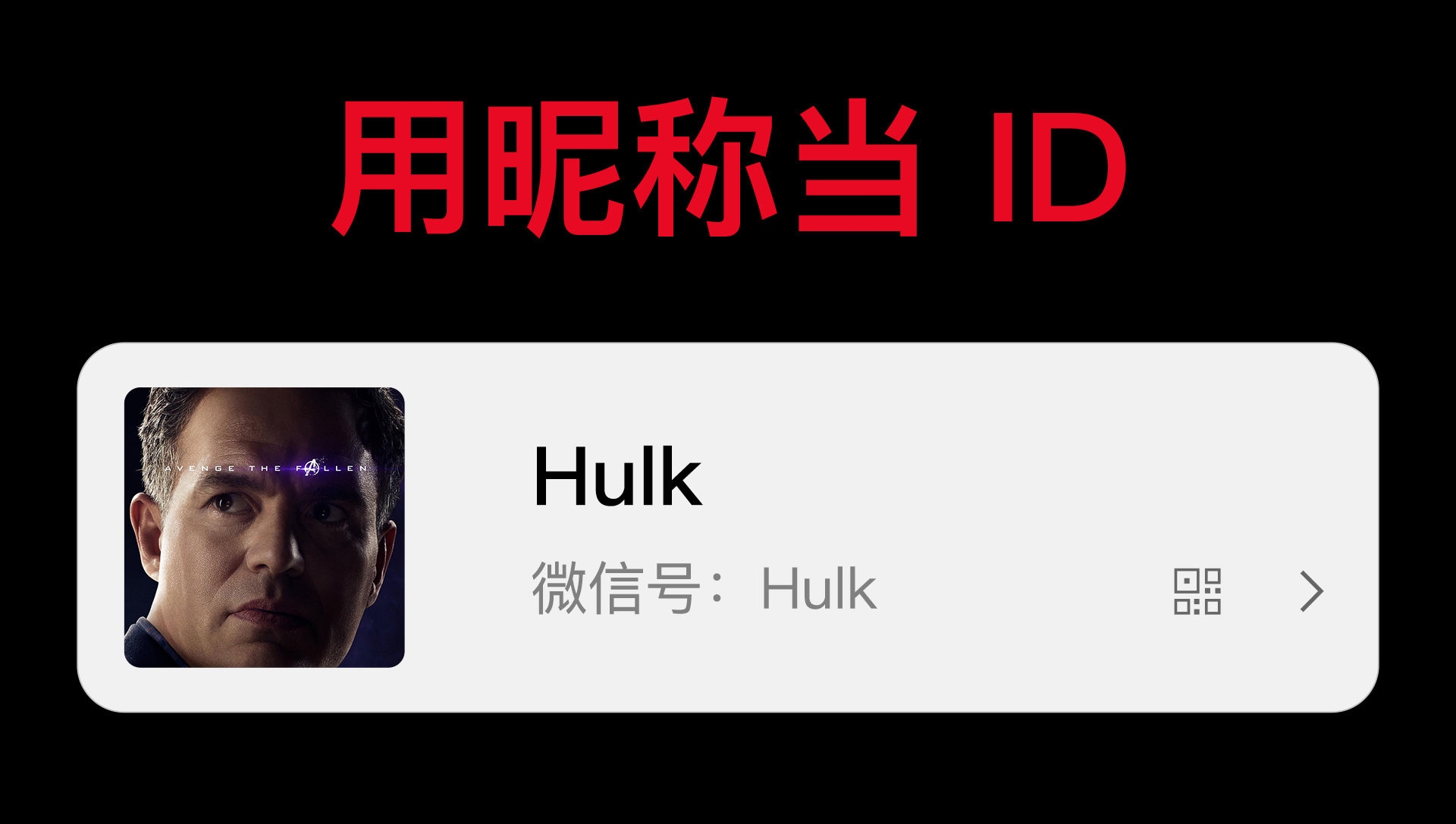 ID of this type are generally unique, and it is clear that they are well-planned before starting a name, rather than writing it casually. Like geek's choice has a small partner crazy infatuated with a color called sea green, usually buy clothes, shoes, mobile phones like green, see similar colors around the product can not walk, so his WeChat ID is SeaGreen surname. 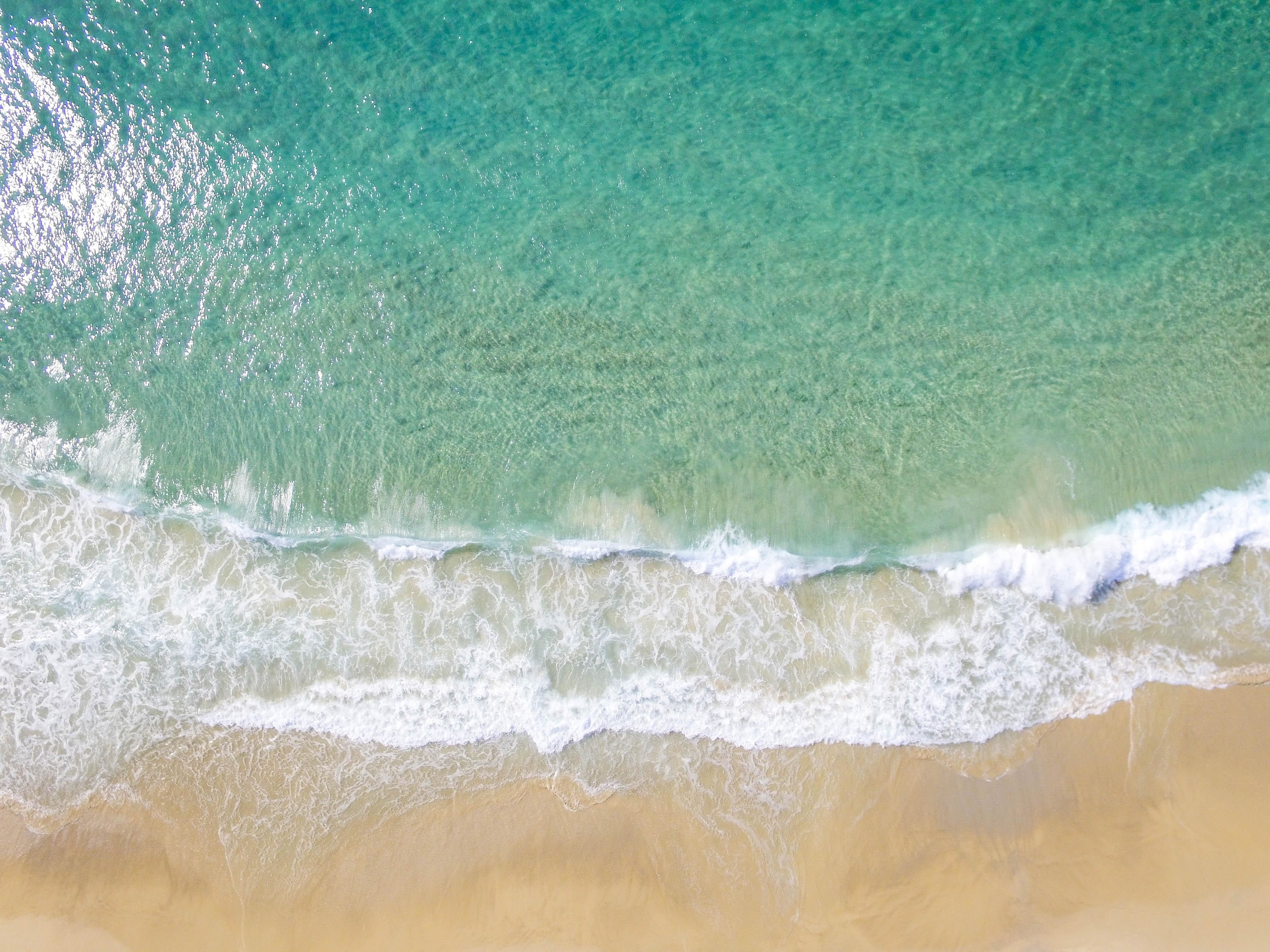 Why add a surname? Because even such seemingly niche names can be preempted. According to the partner, seagreen's ID has a 70% chance of failing when registering on the website. Adding a surname is the only way to succeed. 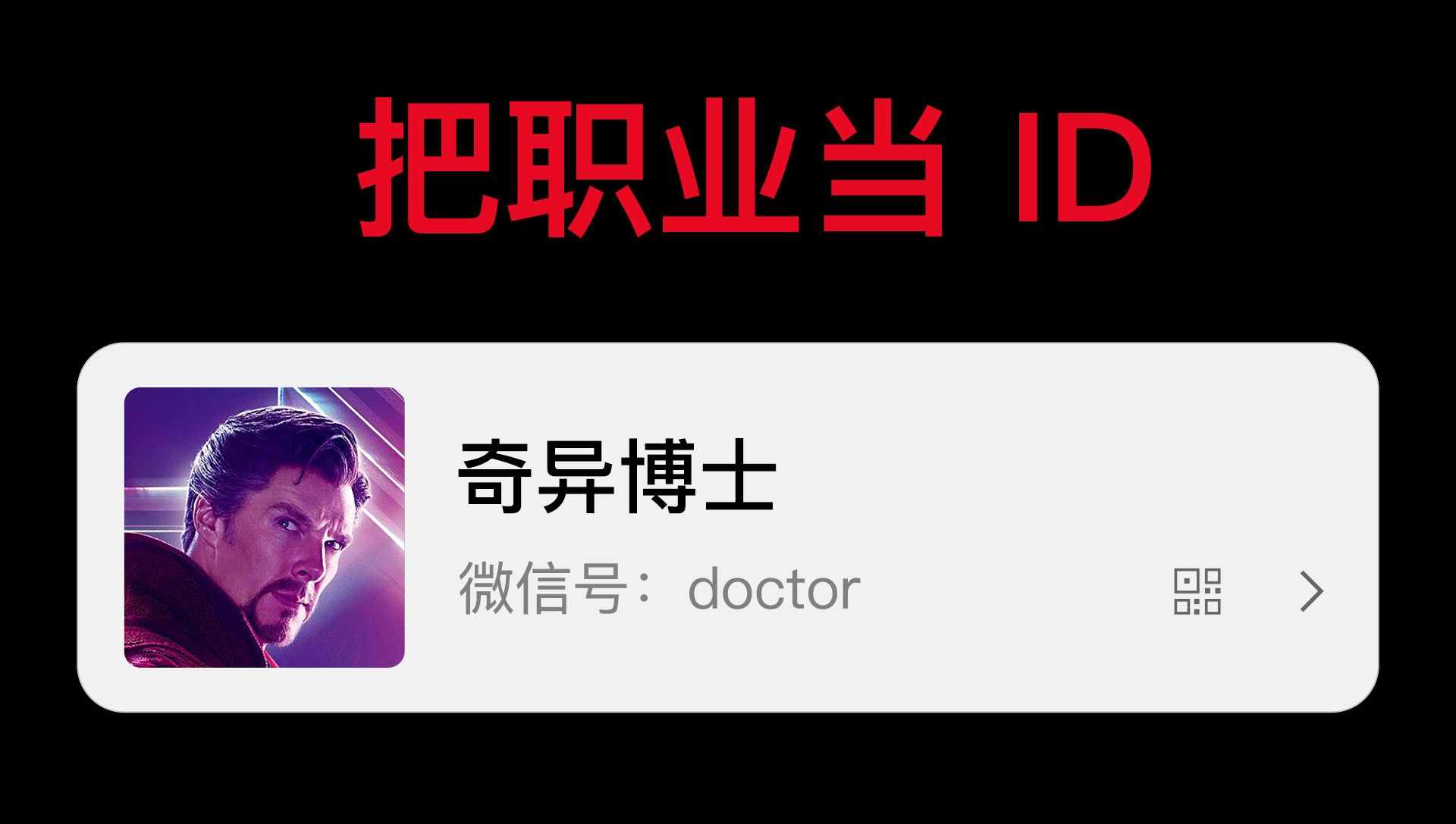 And that shows how precious those WeChat ID, without names, numbers, symbols and proper nouns, are. I design director with his favorite profession when ID( protect privacy, everyone do not try), unique and quite precious. The 2016 WeChat Open course had done an activity to see what day his WeChat was registered, and according to the information provided by little partner, he is the top 5000 WeChat users, no wonder he can register successfully. 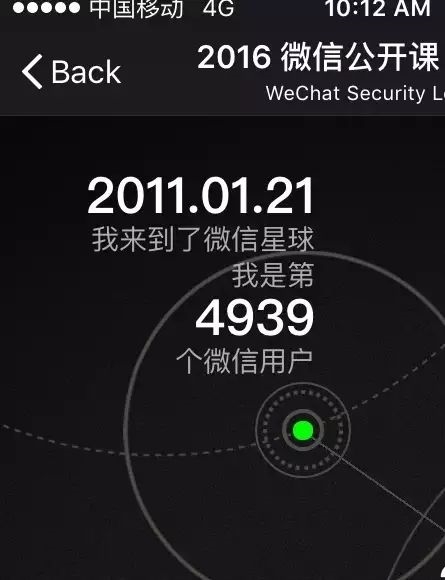 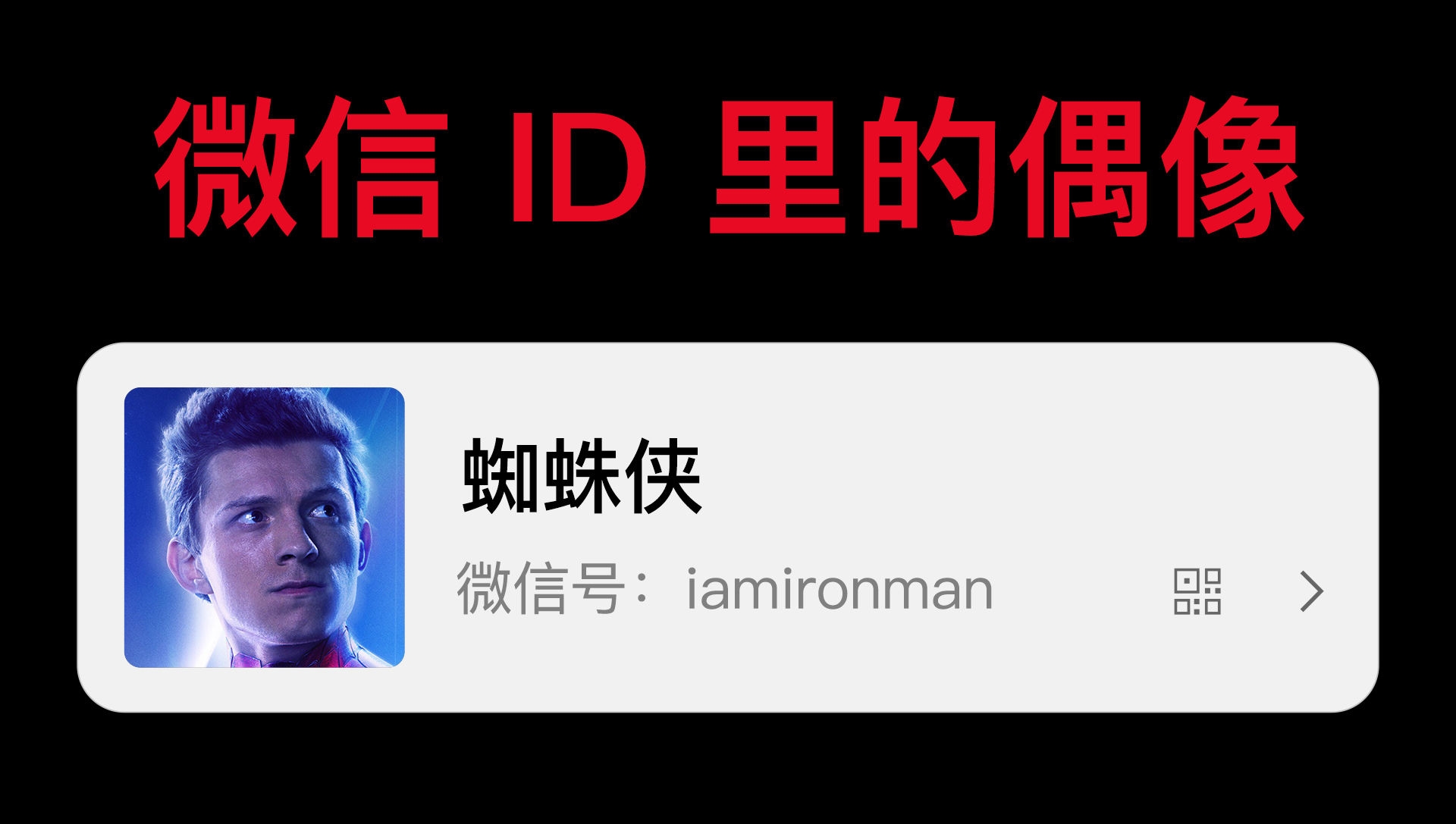 And some people will ID. their idols A while ago when Kobe died, I thought of a friend who had been using his avatar to see his ID and found that his WeChat name was a combination of Kobe's abbreviated jersey numbers. This kind of real fans don't need to frantically forward related articles to prove their identity, a look is old Komi. 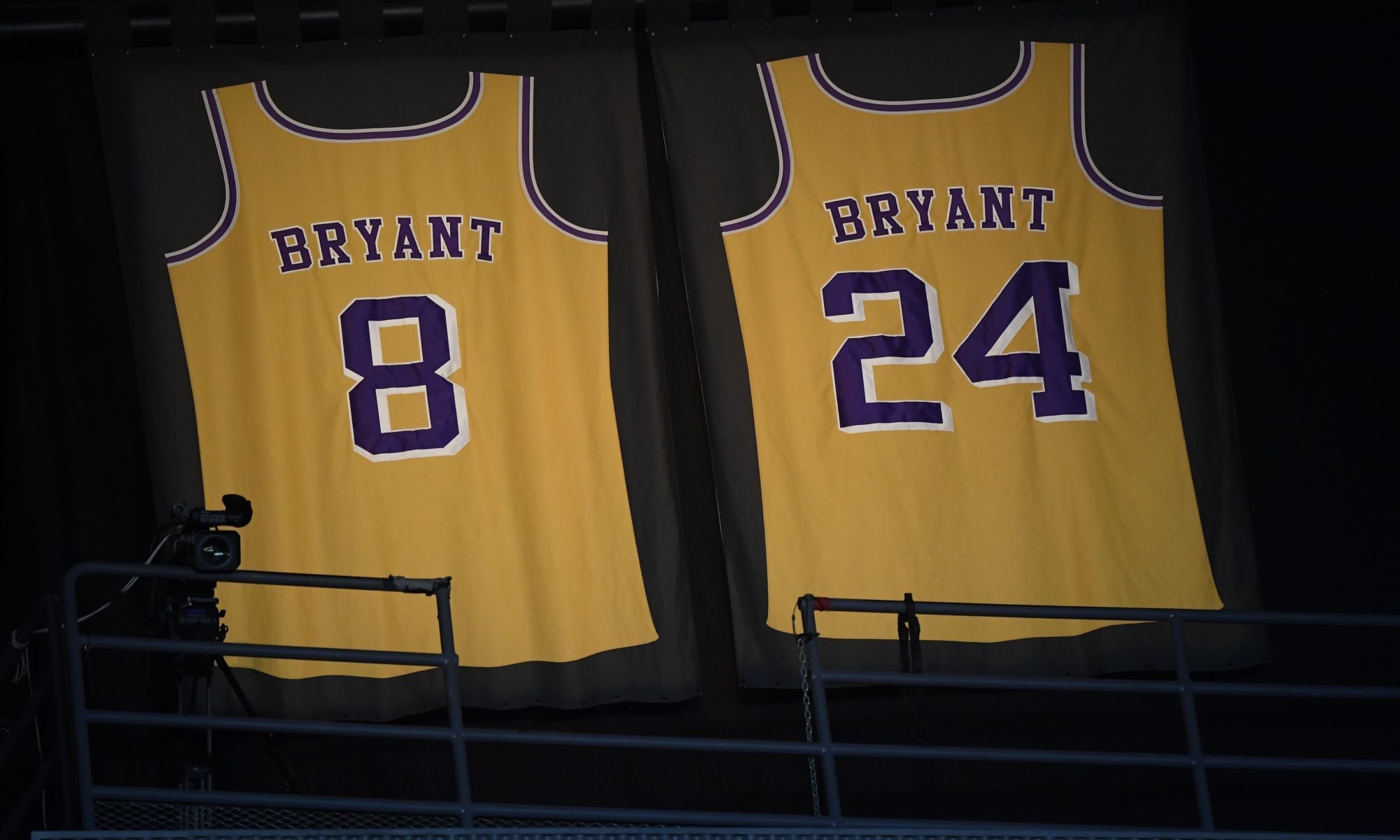 Geek's choice also has a little friend whose wechat ID has beyond, but the word actually spelled beyond... Let's once suspect that he is a fake fan. After the official launch of the function of changing ID, he should change it as soon as possible to cover up the fact that his English level is not good. If he doesn't pass it, he must be quick. It's likely that he has been preempted. 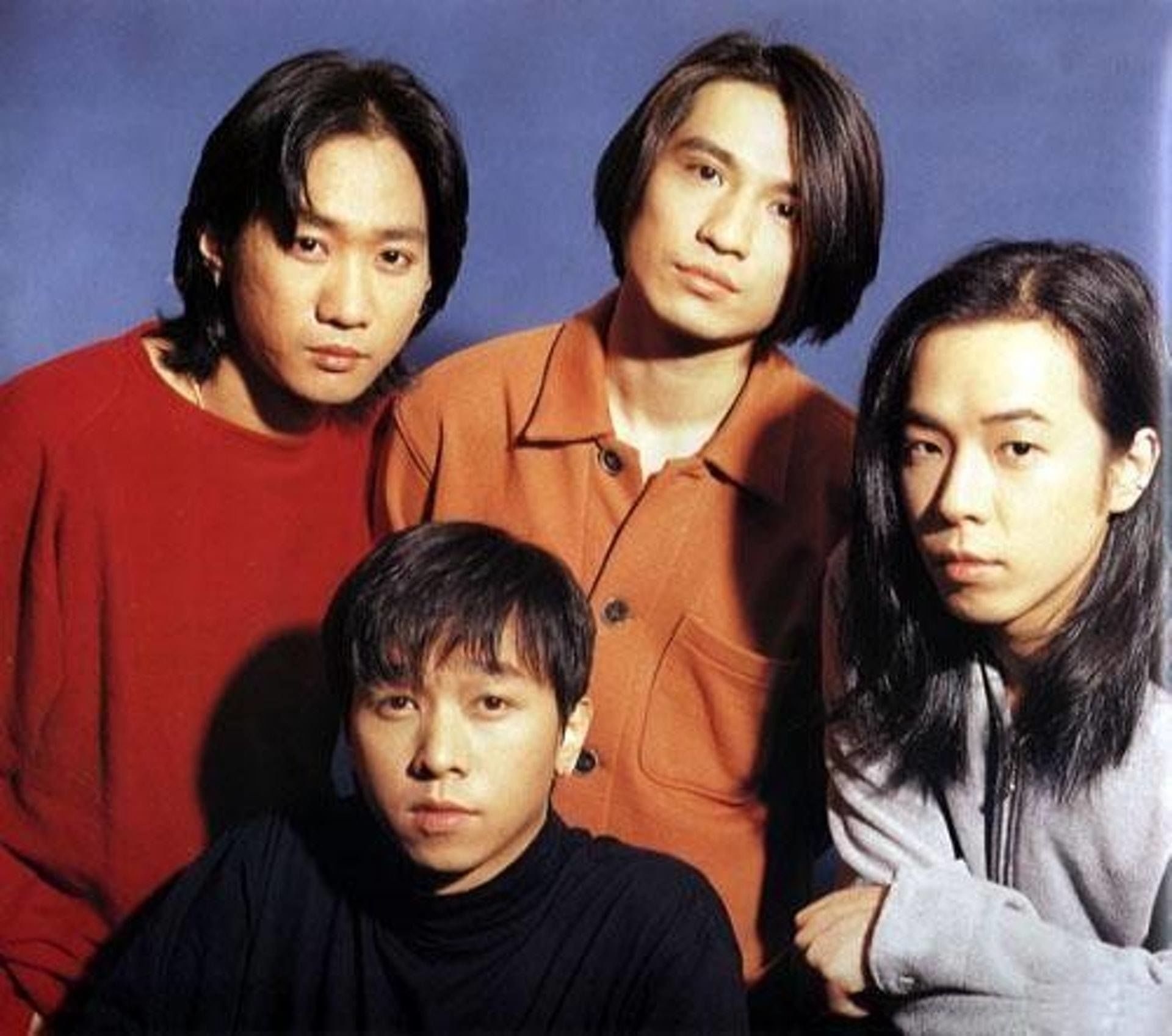 Similar WeChat ID also has vae initials, Xu Song fans. There is a little friend in the ID woniu, because he is usually a quadratic element house, I always thought it means "my cow ", thought this is too second. But asked only to know is "snail ", think of every time he went to the KTV crazy point jay chou song, um on. (Jay Chou has a song called Snail) 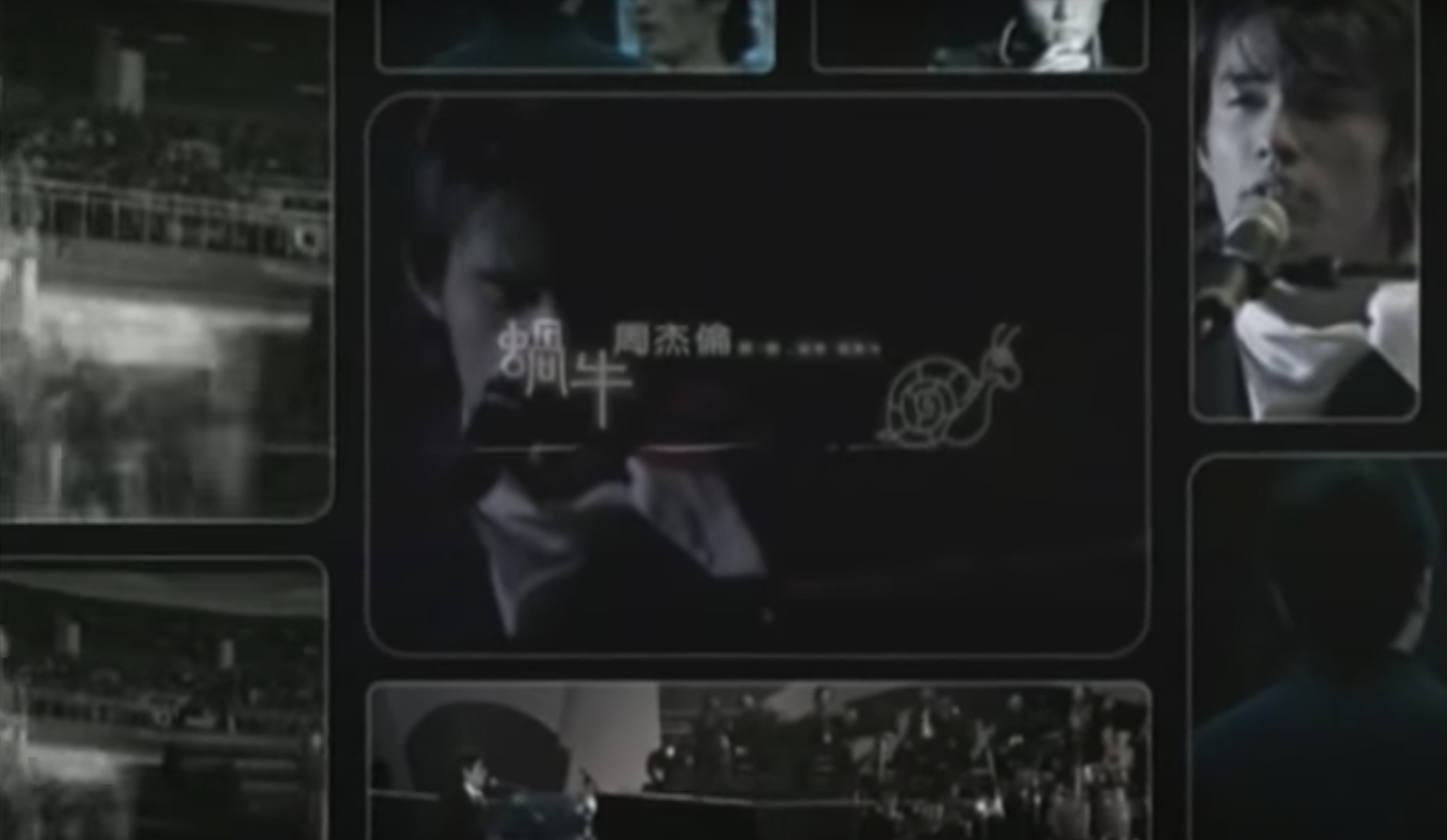 First, the people who want to change the ID of WeChat are those who have names, years of birth, revealing privacy, and then the ID contains ex-girlfriends/ex-boyfriends. Sometimes people are no longer together, but ID still with their own life. If the nickname and password are OK, can be free to modify, but WeChat ID is only silently accepted, if you bring any 521,1314, not to mention how embarrassing.

In fact, if you change wechat to any website, there will be no big problem if you can't change the ID. if you don't use wechat, or change the ID (Baidu ID can't be changed at will). But who would have thought that wechat would be so popular when registering? Now wechat has been basically real name system, otherwise payment and other functions will be limited, which will lead to wechat can not be arbitrarily discarded.

Fortunately, wechat also allows you to modify your nickname freely, and when you add friends, you can also use QQ number and mobile phone number instead. If you don't want to write this article, I won't notice that there are so many stories about your friends' wechat ID.

Wechat's message supporting ID change is just a rumor at present. If the message is true, it can at least give those people with embarrassing ID a chance to correct it. If the wechat starts with wxid, you can also prepare several more names in advance, and then you won't need the default ID.

Related news
HIV CURE FOUND
I found these secrets in my friend's microsignal before WeChat supported ID change
Taobao will not change! Why is it so difficult to change Taobao ID?
Hot news this week
Wechat has not done this function for N years! Use this app to make up for the defects of wechat
Gree's response to "being disqualified from winning the bid": a mistake made by the bidder in sorting out the materials
IPhone 12: it's more like throwing away the charger
Microsoft official free data recovery tool windows file recovery experience
NASA's face touching Necklace: vibration warning to prevent the spread of new coronavirus
Apple wants to know: what do you do with the charging head of the old iPhone?
Amazon cancels disposable plastic products in India
How long can "Laoganma" carry on after winning Tencent?
Xiaomi's first ultra-high-end OLED TV picture quality stunning Lei Jun: not to see it is difficult to understand
Tencent magic change Yang surpasses video self mockery: I'm a simple and honest fake spicy sauce lost 16 million
The most popular news this week
Xiaomi Finance: we are not Shandong Xiaomi finance which illegally absorbs deposits
HP battle 99 amd version design book on the shelf: 6299 yuan to buy it!
Linus Torvalds, father of Linux: I didn't program for a long time. My job is to say no
Android version of the Firefox browser to remove the preview version to solve the confusion of the version number
The severity of the epidemic in the United States is greatly underestimated, or the actual number of infected people is 10 to 24 times higher than the existing data
China's Tesla owners humble Rights: fully automatic driving nearly killed! The muck truck merged the line, and even accelerated to hit it
HP spectre folio experience: leather and limited, trying to get rid of homogeneous laptops
"Operation Wizard" has pushed 5.9 monthly fee members, 88vip and Jingdong plus members have something to say
Microsoft's new windows Preview: push new fluent start menu
TSMC 5nm was snatched by Huawei and apple this year