Recently, aThe application of is suddenly popular in foreign countries. A large number of netizens recommend each other on Twitter and INS, especially in India, and even some Bollywood stars are sharing.

And the app's function is as simple as its name and is to scan the App, in a user's phone and identify which Chinese companies come from, and then it can

When the uninstall is complete, it also prompts:

And the application of the main icon, the interface of the main button, even specially used a dragon logo. 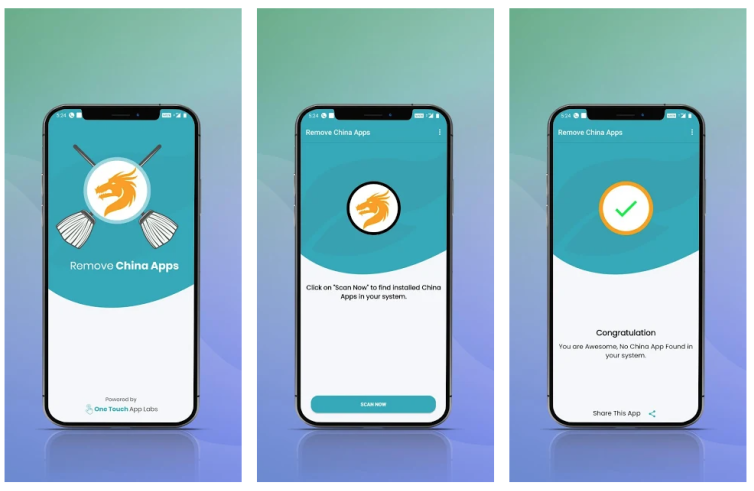 It is reported thatThe app went to Google play store on May 17, with over 1 million downloads in just two weeks, with a score of 4.8 and a review of 140000.

In the U.S., it even topped the Google play download list for a time, and ranked second in India. 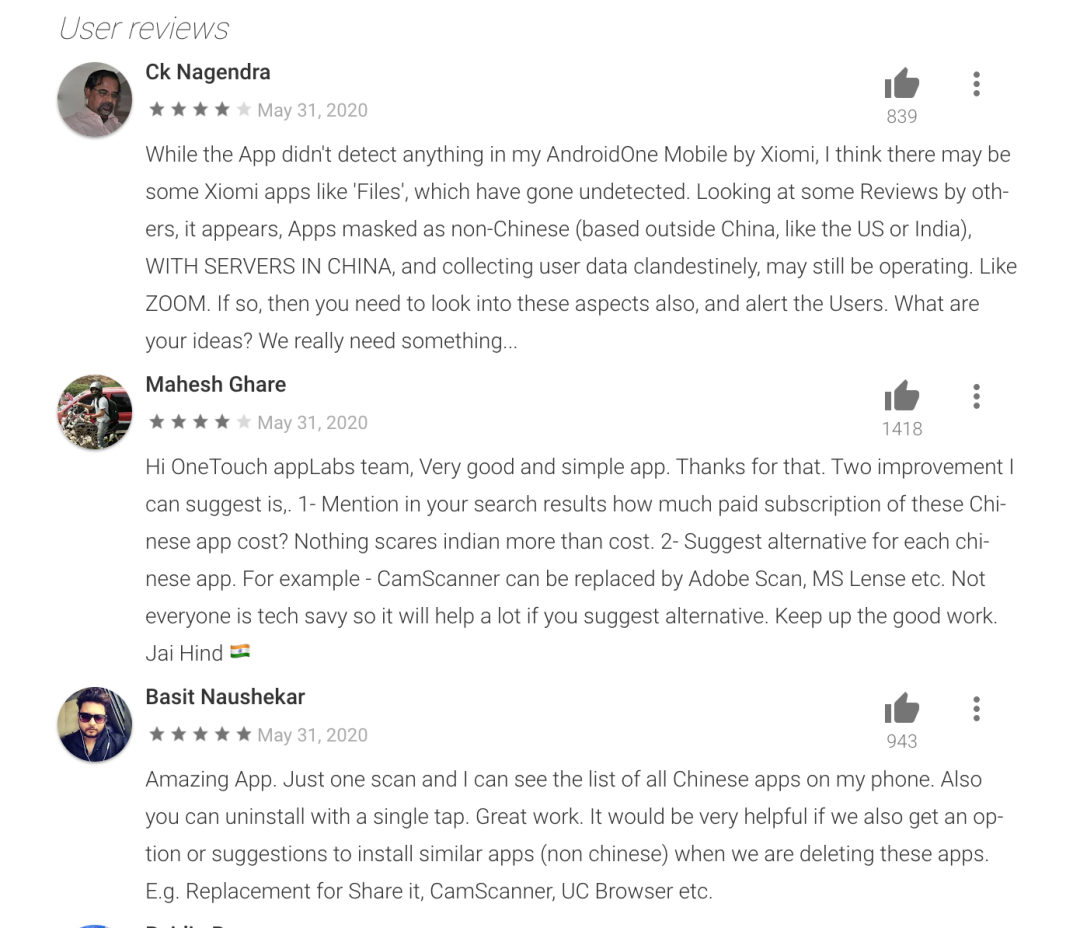 India's Bollywood actor Arshad Warsi, who has 2.2 million fans, is also strongly recommending the app, saying he is stopping using things from China, and will not use them at all in the end, and suggesting others try.

There are also enthusiastic Indian netizens who have provided a local alternative list of Chinese apps, but it's ironic that the CEO of the video conference app zoom, which is registered in the United States for Chinese, also unfortunately lies on the gun. 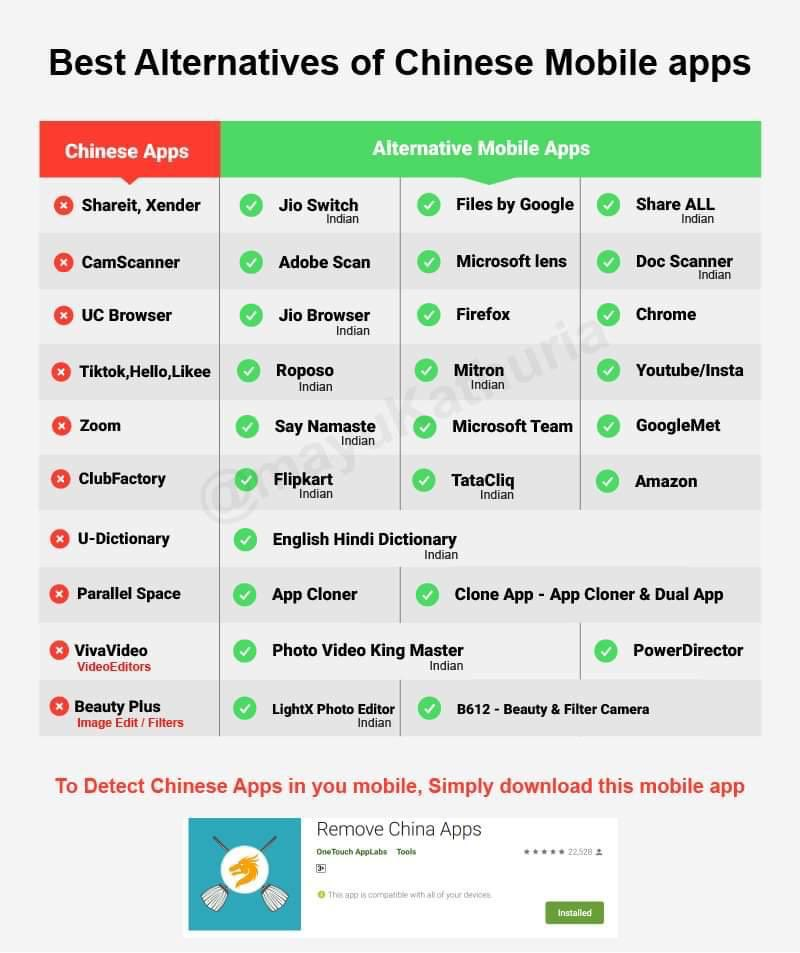 Information display in Google play store,, and the company's website shows that it is located in Jaipur, Rajasthan, India, with 9 years of experience in Android and IOS application development, but only one product is listed, and the company's team members, address and other information are not provided.

Domain name query display,The onetouch applabs website was registered just a week ago, and the owner information is hidden by a third-party service.

According to the media,The developer may be an Indian engineer who worked for a Chinese company and was fired during the outbreak.

Fu Sheng, CEO of cheetah mobile, a company with a strong position in the overseas application market, questions: isn't this app against Google's policy? Why is it still on the shelf or even on the list?

Related news
Delete Chinese app and become popular overseas: one click full uninstall
India has banned 59 popular Chinese apps, but Indian chicken eaters are relieved
Hot news this week
Wechat has not done this function for N years! Use this app to make up for the defects of wechat
Gree's response to "being disqualified from winning the bid": a mistake made by the bidder in sorting out the materials
IPhone 12: it's more like throwing away the charger
Microsoft official free data recovery tool windows file recovery experience
Apple wants to know: what do you do with the charging head of the old iPhone?
Tencent magic change Yang surpasses video self mockery: I'm a simple and honest fake spicy sauce lost 16 million
Luo Yonghao comments on ideal one: Tesla Model 3 is not a car of a level at all
A 400-brand evacuation Facebook： the internet giant strangled?
How long can "Laoganma" carry on after winning Tencent?
The dotcom bubble? U.S. technology stocks surpassed their 2000 highs relative to the S & P 500
The most popular news this week
What does Tencent do with game derived content authorization and commercialization innovation?
Remote sensing data show that lakes in China have become clear as a whole
Glory Magic 3 coming? The blogger released photos suggesting that Huawei Kirin chip is still used
Microsoft transforms Android: customized for surface Duo
199 yuan millet router 4 pro on shelves Jingdong: dual Gigabit / 5 antenna
The first batch of "digital shopping centers" was launched on the line of Huarun, which moved the shopping center into Alipay.
Someone discovered the unpublished game of Nintendo NES 30 years ago and restored it from 21 floppy disks
Review of Sony PS2: the highest selling game console in history and the hot memory of post-80s / 90s
Xiaomi Youpin's first smart door crowdfunding: 10 Inch Touch Screen never power off
For global developers! Huawei HMS core 5.0 officially launched: seven capabilities, free