Today, when our smartphones run common APP and games, their performance is good enough, whether using Apple ,Huawei, Samsung processors, or MediaTek, Qualcomm processors. Although some benchmark enthusiasts continue to look for processors with optimal performance, chip designers have turned their attention to camera, AI and network performance.

Although the reason why CPU competition is no longer fierce is that its impact on actual performance is getting smaller and smaller, part of the reason is that most modern system level chips (SOC) use the same arm CPU core, although they all have their own small amount of optimization. Apple and Samsung are the exception, they have their own CPU, but Samsung is always reluctant to compare with other chip competitors, which makes Apple the only company that can show off its CPU power.

But with the arrival of the powerful arm cortex-x1 CPU, such a situation will change, and cortex-x1 will deviate from the arm's regular roadmap to pursue excellent performance. Cortex-x1 connects with selected partners in the arm CXC project to narrow the performance gap with Apple's CPUs.

However, the nature of the CXC project shows that not every chip designer has the opportunity to use a powerful kernel, which means that members of the arm CXC project will have more performance advantages than outsiders.

The CPU battle is about to rekindle.

How does Arm CXC project mean to the industry

Arm CXC adopt this idea from different directions. Arm partners provide a specification beyond the product roadmap based on an annual design, designed by Arm to meet demand CPU, while maintaining CPU software and marketing.

However, the CXC project comes with a very strict condition that only partners who invest in the year when the project starts can benefit from the final product. Multiple partners can join the project at the same time, and then access the shared technology. However, if a company doesn't contribute from the start of the project, it can't buy the off the shelf cortex-x1, which may not be a good thing for individual partners.

The advantage of participating in CXC projects is that Arm partners can make requirements beyond the standard Cortex-A road map for CPU without having to bear the risks and costs of internal design customization. Was it a coincidence that samsung recently abandoned its internal Mongoose CPU kernel in CXC and Cortex-X1? Arm custom architecture licenses will no longer be required unless CPU designers have very specific requirements or disagree on annual CXC objectives.

That is to say, we do not know which SOC designers we are familiar with can use cortex-x1. Qualcomm is likely to be a regular customer of arm's previous plans, and Samsung may have abandoned mongoose to adopt this new approach. However, Huawei and MediaTek are still unknown.

It is because some enterprises have participated in the CXC project, while others have not, which can be predicted, By 2021, some flagship smartphones may have at least 20% more functionality than other smartphones, which will trigger widespread discussion.

While cortex-x1 is bound to generate some interesting performance comparisons in the mobile space, this is not the only area where arm and partners push performance limits. The arm processor has made progress in the PC market through the windows on ARM platform, and apple is expected to launch its first arm based MacBook in 2021. The more powerful cortex-x1 is ideal for this market.

Computer level chipsets (notebooks such as snapdragon 8cx) have emerged from their smartphone counterparts to challenge Intel and AMD midrange processors with higher performance. So far, the performance of surface Pro X and Samsung Galaxy book s is exciting, but the performance of the Cortex-X1 reaches a higher level of competition, and the chip may become the key for Arm to enter the PC field.

In this regard, a more powerful SOC should also be a boon to the arm driven chormebook. At present, Intel is the preferred processor for high-end chromebook, but this may change as the performance of arm reaches a new level.Either way, the CXC project and the X1 processor can shake the PC market by making arm a more viable processor option.This is another problem that makes Intel headache.

Although smartphones do not need to further improve their processing power, the 2021 benchmark performance is bound to increase significantly in the event of CPU differences between flagship processors (such as Qualcomm, Samsung or Huawei's Kirin). At least, as the next generation tries to close the gap, it can be expected that Apple's benchmark comparison with Android will return to its heyday.

From the end of 2020 to 2021, there is not only a competition between high-end performance, but also a significant improvement for high-end mobile phones that do not need top-level performance. Middle and high-end processors such as snapdragon 765G provide support for LG velvet and are also expected to be used in Google pixel 5. These phones will compete with more expensive flagship phones around demand and performance.

In the months to 2021, the performance of most smartphones will be very different. While flagship phones have pushed the boundaries to a new level, there is an increasing need to measure capacity to pay. It will be an interesting time for fans. 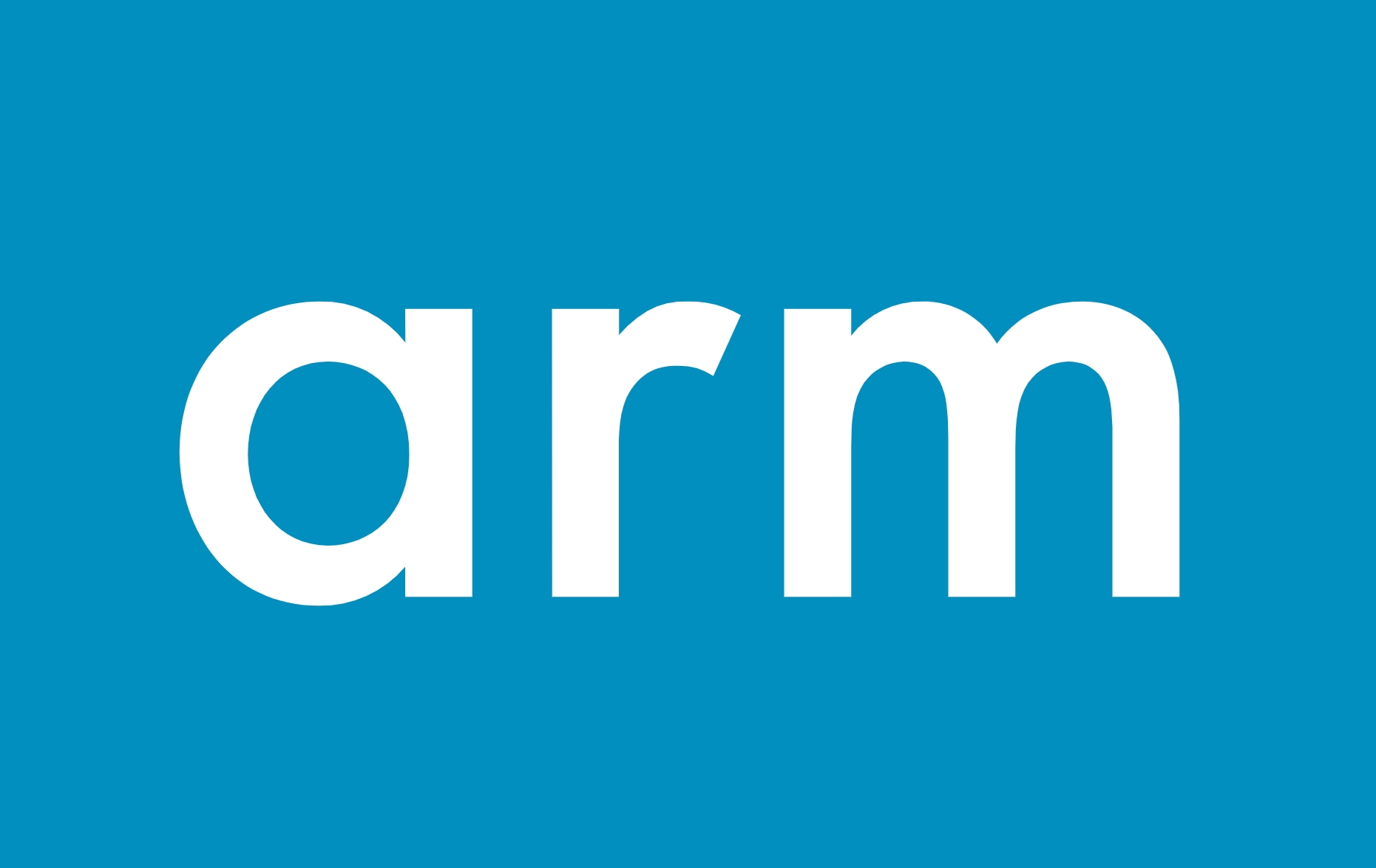 Related news
How much impact does ARM have on Huawei?
ARM released a new architecture CPU, GPU and AI core, Huawei will miss
Arm cortex-a78 CPU and mali-g78 GPU will drive next year's flagship Android phone
Arm pushes "chicken blood" project flagship smartphone CPU battle: performance list to be shuffled
Single thread performance improved by more than 50% arm new server CPU depends on single core?
ARM CPU will drop support for 32-bit computing in 2022
ARM next two generations of CPU announced :30% better performance
Hot news this week
The developer of the dating app Tinder has reached an agreement with Google over billing rules for its app store
Still did it! Canada has banned Huawei and ZTE from participating in the country's 5G network on "national security" grounds
Red Elf Lightning erupts in the Himalayas Spectacular Spectacle: Experts Reveal What Exactly Is This?
The founder of the Internet Quick Hand Su Hua was taken away for investigation, and the fast hand responded: the news was not true
Wang Xiang, president of Xiaomi, explained that a shortage of low-end chips is a major challenge in overseas markets
Or for Studio Display Pro, the release of Apple's 27-inch Mini LED-backlit Display has been delayed by October
Tencent Q1: The business service business has "slightly decreased" year -on -year, and resource centralized video cloud and network security | View financial report
One picture to understand! Blue Factory has issued 3 new machines in a row: self-developed chip blessing, the narrowest lower border
Sony released the active noise-canceling headphones WH-1000XM5, equipped with 2 chips and 8 microphones
Tencent established a smart technology company in Chengdu, and its business scope includes Internet data services
The most popular news this week
How does the Internet make People Copy each other
Fed Vice Chairman: The future digital dollar may complement the coexistence of stablecoins and commercial bank currencies
ZHANG Pingan, CEO of HUAWEI CLOUD: The value of data governance in China has not been fully tapped Data and AI should be accelerated
Shenzhen Atmosphere! The sales price of mobile phones, computers and other products is subsidized by 15%
Microsoft shows third -party components: Win11 chicken rib function is saved
No need to grab it! Sony announced an increase in PS5 shipments
Audi advertising poster photos only sell for 8 yuan? Photographers question the unreasonable use of the photo purchase
Twitter spent $150 million to settle privacy and security lawsuits with the U.S. government
Hong Kong Hang Seng Index Opens 0.5% Baidu Hong Kong Stocks Open More Than 2%
Amazon's new CEO participated in a shareholders' meeting for the first time: to restore normal profit, ready to cut off the excess warehouse