Friends who are familiar with mobile phones all know that the mobile chip field is a booming market. Qualcomm, the dominant company for many years, has been sitting at the top of the market for many years and enjoys the most market share. In the coming era of national 5G, after the failure of Helio to attack the high-end products, MediaTek, which has been in silence for a long time, has made a comeback with Tianji. Recently, Samsung Exyons has been making continuous new products and wants to share a piece of the market.

But now there is news that in the field of chips with such a high threshold, we may have a "disrupter" and a tough role that seems to be quite reliable.

AMD is also going to rob the mobile processor business?

Recently, foreign media reported that AMD is building a mobile platform oriented chip, which belongs to ryzen series and is named AMD ryzen C7. From the perspective of exposure information, ryzen C7 does not use the traditional x86 architecture, but is transferred to arm, which is more suitable for mobile platforms Camp, if the news is true, it will break the existing mobile chip pattern and provide more options for mobile devices such as mobile phones. But now the news has not been officially confirmed, and the exposure parameters are a little too good, so I have to doubt the authenticity of the news.

Specifically, the over-parametric chip is made nm TSMC 5 process and is based on the latest ARM architecture, with two Cortex-X1. 2 Cortex-A78 The combination of four Cortex-A55, with eight core designs, not only fully meets the standards of the next generation of flagship SoC, but also conforms to AMD consistent high performance features. On the baseband side, exposure information disclosure Ryzen C7 will work with MediaTek to introduce the latest MTK 5G baseband, in addition to other specifications, Ryzen C7 support technologies such as LPDDR5 memory, UFS3.1 flash ,144 Hz refresh rate ,2 K resolution, HDR10 and 10 color display. 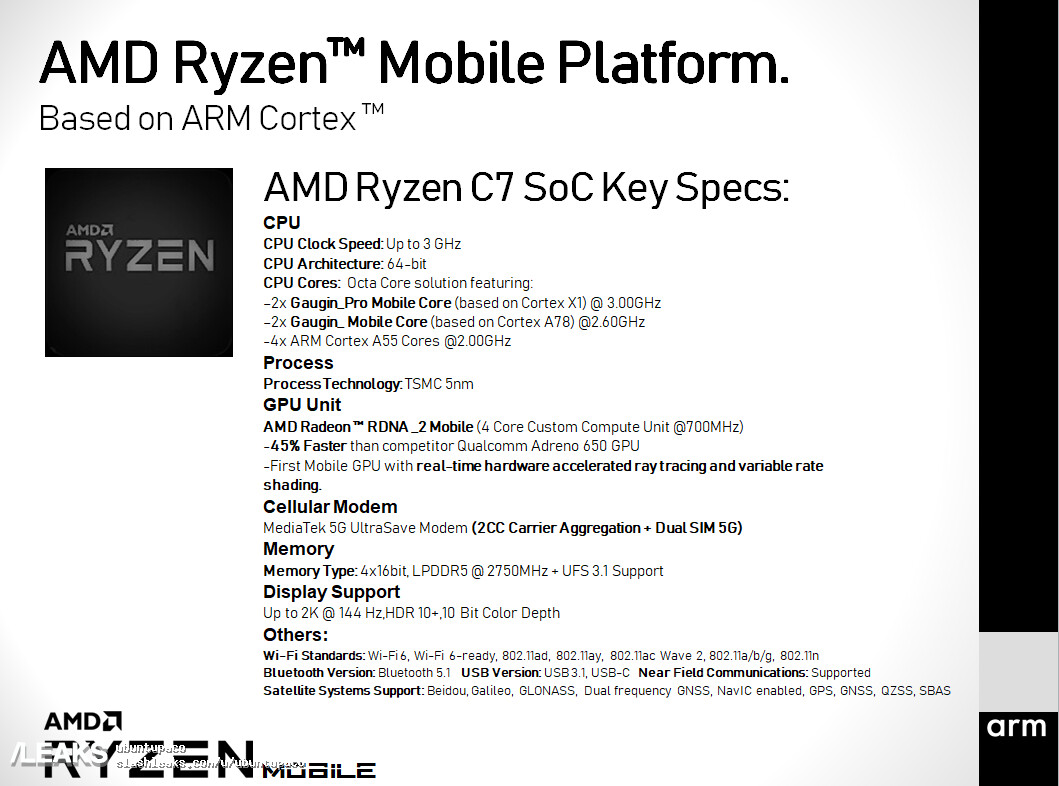 It's more than a cell phone

From Ryzen C7 such luxurious specifications, we can be sure that it is specially built for flagship devices, but will it be used for mobile phones? I don't think AMD should be so reckless, after all, as a new player, never dabble in the field of mobile phones, a start to choose this kind of hell-like game, it is not reasonable. The sumptuous architecture of the Ryzen C7's two super-core, two large-core, four small-core, combined with the MTK 5G baseband, produces a lot of heat and power, and today's five G phones face the common problem is just heat dissipation, so Ryzen C7 is obviously not suitable for compact phones with internal space. 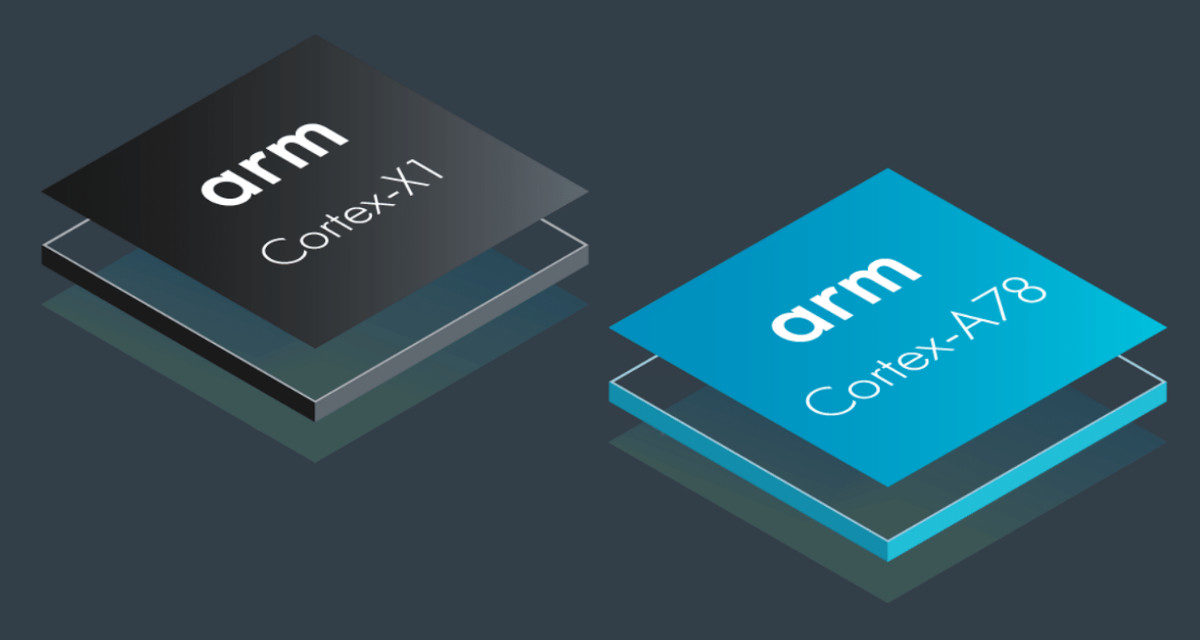 Since it's not suitable for mobile phones, the most likely place for ryzen C7 to appear is probably the tablet or game player. In fact, there have been cases many years ago. In 2014, NVIDIA, the old rival of AMD on the graphics card, launched its own arm chip, NVIDIA Tegra K1. At that time, Tegra K1 chose to launch on Xiaomi tablet 1. What's more, because of Tegra K1 It has a GPU performance that is too advanced. Many years later, many players came to the second-hand market to play games on Xiaomi tablet 1. AMD, which also has the video card gene, adopted the four core AMD radeon rdna2 mobile GPU on the ryzen C7 exposed this time, with the main frequency up to 700MHz. Compared with the Adreno 650 adopted by Xiaolong 865, it has 45% The performance of ryzen C7 in GPU is also expected to improve. 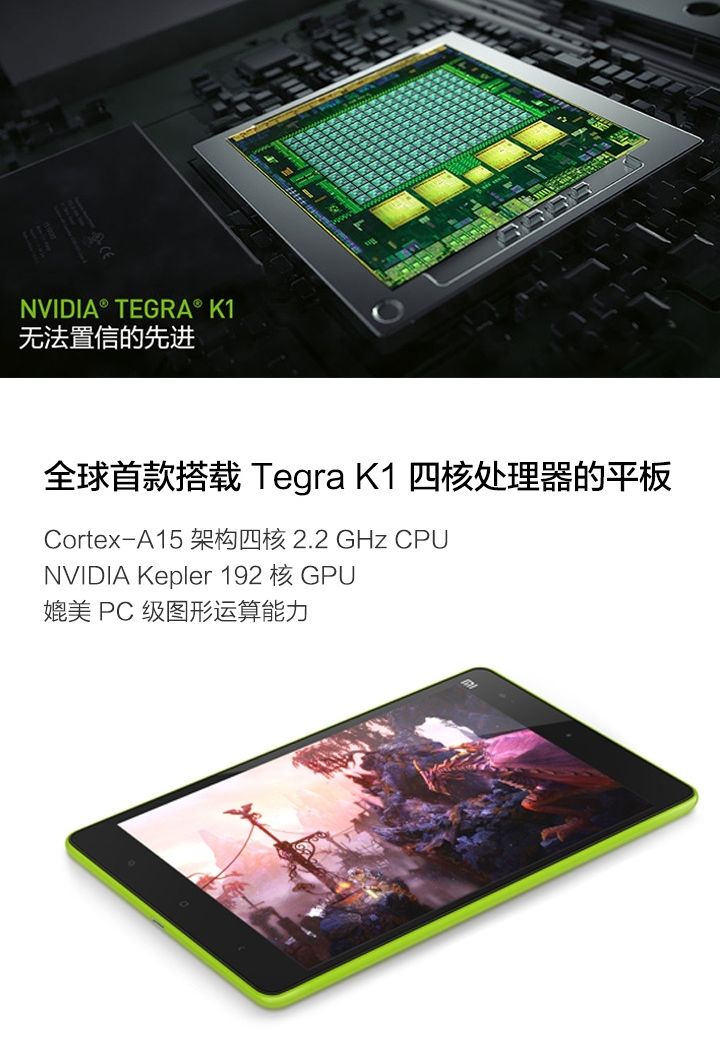 In addition, many old friends must know that Qualcomm's Adreno GPU is actually from ATI's mobile business unit. At that time, this resource was owned by AMD. However, due to the financial difficulties of AMD, ATI's mobile business was acquired by Qualcomm at a price of $65 million, which greatly enhanced Qualcomm's chip graphics capabilities. Adreno GPU So it came into being. However, in recent years, Qualcomm's "toothpaste squeeze" upgrading strategy has been criticized, and the architecture of the Adreno GPU has not been updated for many years, so if AMD, a strong and powerful opponent, can return to the field of mobile GPU again, it will break Qualcomm's comfort circle, even lead a new round of GPU arms race, and bring maximum upgrading benefits to users.

5g era should expect the future of mobile chips

We don't know whether AMD will enter the field of mobile chips. At present, the news has not been officially confirmed. But if the news is true, amd can definitely win a ticket in the 5g era, which is good for its own development and consumers. This year's AMD In the desktop platform has achieved a big turnaround, and in the mobile phone market, we also hope to see his figure. In fact, after Qualcomm, Kirin, MTK and other manufacturers, the entry of any high-quality competitors can promote more benign competition and provide users with more comfortable experience. In the final analysis, users always benefit, so let's hope for the future and witness the development of mobile phone market together!