Why are Hong Kong stocks listed in Jingdong and Netease back to Hong Kong not a shares?

In the face of the tighter US control over Chinese enterprises and the open arms of the Hong Kong stock exchange, more and more Chinese companies are going home. After Alibaba went back to Hong Kong for listing last year, Netease and Jingdong recently decided to go to Hong Kong for secondary listing. Twenty years ago, Netease hit the bell of listing on Nasdaq, becoming the first batch of Internet companies to list in the United States.

In 20 years, Netease's share price has climbed from $2.63 on the first day of closing to more than $400, with a market value of more than $50 billion. Twenty years later, the bell of Netease's listing will ring on the Hong Kong stock exchange, becoming the second Chinese company listed in Hong Kong after Alibaba. 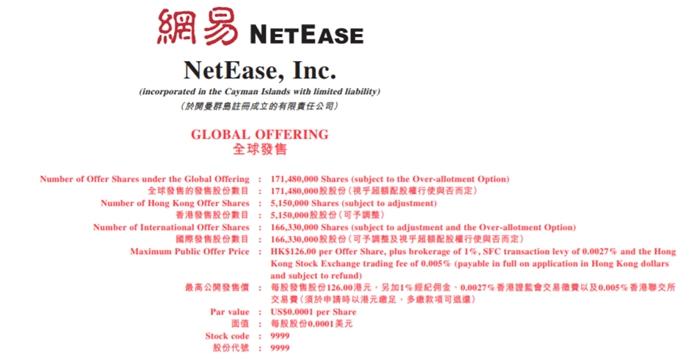 It is not only Netease, Jingdong, Baidu, pinduoduo, tal, New Oriental and other zhonggai stocks that have come to Hong Kong for listing. In May 21st, Baidu founder Robin Li said, "we are really concerned about the fact that the United States is tightening control over the stock taking companies. We are also constantly discussing what can be done internally, including these two listings in Hongkong and other places, of course.

However, pinduoduo, tal and New Oriental denied going back to Hong Kong for secondary listing. A spokesman for pinduoduo said that the company's cash flow is healthy. Up to now, the capital reserve and income growth are enough to allow "10 billion subsidies" to last for many years, so there is no secondary listing plan. In recent years, pinduoduo has been mixed in the US stock market. As of the closing on June 8, pinduoduo's share price has risen 94.29% since the beginning of the year. At one time, its market value exceeded that of Jingdong, twice that of Baidu, and was frequently increased by institutions.

Why do Netease and Jingdong return to Hong Kong for listing?

The document disclosed by Netease gives the answer: if the Accountability Act for foreign companies is passed by the U.S. House of Representatives and signed by the U.S. president, investors may be uncertain about the affected Issuers (including Netease), so the market price of American Depository Receipts of Netease may be adversely affected. Netease may delist from Nasdaq if it fails to meet the inspection requirements of the accounting supervision committee of American listed companies imposed by the act in time.

Jingdong also mentioned this in its June 8 prospectus.

On May 20, local time, the US Senate passed the Accountability Act for foreign companies. It stipulates that any foreign company fails to comply with the auditing requirements of PCAOB (Public Company Accounting Supervision Committee of the United States) for three consecutive years, and will be prohibited from listing its securities on the United States stock exchange.

Although it still needs to go through the process of the house of Representatives passing the bill and the US President signing the bill, pan Xiangdong, chief economist of new era securities, said to zhongxin.com that from 2019, the U.S. restrictions on Chinese stocks have been increasing continuously, which makes it difficult for the discriminated Chinese stocks in the United States.

"The increasing regulatory policy of the United States has discriminated against China concept stocks, and the Accountability Act undoubtedly shows its attitude towards the increasing regulation of China concept stocks." "In addition, Ruixing's financial fraud will not only bring serious legal consequences to itself, but also affect the reputation of CICC in the United States," Pan said

Recently, NASDAQ Exchange, the "preferred place" for domestic technology companies to list in the United States, proposed to the SEC to revise the listing rules. The proposal mainly includes three points: if there is any doubt about the audit quality of the company, it is possible to adopt more stringent listing standards for such companies; it is required that the amount of capital raised by the company to be listed from the restricted market shall be at least 25 million US dollars or one quarter of the market value after listing; the management of the company in the restricted market shall meet the additional requirements such as relevant experience of the company listed in the United States.

"Enterprises can raise funds when they go back to Hong Kong for listing. Compared with the "sniper attack" in the United States, the stock price fluctuates greatly, and the return to Hong Kong can also play a role in stabilizing the stock price. " Chen Zunde, general manager of Guangdong Fande Investment Co., Ltd., told chinanews.com. In addition, there are Alibaba's successful cases in front of us. In the case of capital chasing, the stock price will have a short-term upward momentum.

"This year will be an important year for initial public offerings, including large-scale IPOs from China, many of which we call backflow from the US." Li Xiaojia, chief executive of the Hong Kong stock exchange, said recently.

Li Xiaojia indicated that the U.S. listed shares that are intended to be listed in Hong Kong have met the conditions for listing in Hong Kong, including technology companies. "At present, the atmosphere in the United States has become less friendly, and we have fundamentally reformed many aspects of the listing system to make us more flexible."

Before the reform of IPO policy of HKEx, many Chinese companies chose to go to the United States for listing due to the restriction of corporate governance and dual equity structure. For example, Alibaba was listed on the New York Stock Exchange on September 19, 2014.

Based on the analysis of GF Securities, on the one hand, the privatization delisting cost of medium cap stocks with complex ownership structure and high proportion of foreign shareholders is high; on the other hand, if there is a vie structure, the return of medium cap stocks to A-shares by "dual listing / second listing" is also limited.

"Vie structure" is a mode adopted by many enterprises for listing in the United States. It refers to the establishment of a wholly-owned subsidiary in China by an overseas listed entity. The wholly-owned subsidiary does not actually carry out its main business, but controls the business and finance of the domestic operating entity through an agreement, so that the operating entity becomes a variable interest entity of the listed entity. Different rights of the same share mainly refer to two kinds of shares that can be issued by enterprises with different degrees of voting rights, so that the management can obtain more voting rights.

"Technology and emerging consumer companies enjoy an overvalued premium in Hong Kong stocks, which is very attractive for the US and China stocks. In addition, Hong Kong shares are highly internationalized, with nearly half of the investors coming from overseas, mainly institutional investors, so the investment style focuses on long-term value. " Haitong Securities Analysis.

Related news
Baidu Ctrip Jingdong refused to comment on the listing of Hong Kong Stock Exchange: Welcome compliance companies to Hong Kong
Netease, with a market value of 309 billion yuan, secretly applies for Hong Kong secondary listing
What is it like for Netease Jingdong to hear multiple enterprises seeking to return through the Hong Kong Stock Exchange?
Foreign media: the scale of funds raised by Netease has increased or reached US $2.6 billion
Netease: the offering price of the shares is determined to be HK $123 per share
Why are Hong Kong stocks listed in Jingdong and Netease back to Hong Kong not a shares?
Ding Lei, CEO of Netease: listing in Hong Kong is a new starting point for Netease
Get rid of the fog of the second listing: B station pinduoduo can not go home for a yea
Hong Kong Hang Seng Index Opens Down 0.73% NetEase Hong Kong Stocks Open Down More Than 4%
Hong Kong's Hang Seng index fell 1.4% and NetEase fell more than 4%
Hot news this week
Apple is recruiting neurorendering research scientists to create immersive experiences for AR/VR products
Tesla China will take the initiative to significantly reduce production if it still fails to sell by 40,000 yuan
The Internet reported that the Shanghai factory would voluntarily cut production by 20%, Tesla responded
Hangzhou Internet Court: NFT digital collection belongs to the network virtual property, protected by law
Amazon has withdrawn a new offer from its retail division, cutting off new employees who were due to start early next year
You know what? Looking at your phone while driving is the equivalent of driving blind for about 50 meters, which is extremely dangerous
The United States has approved the first fecal transplant to treat disease by transplanting someone else's feces
Dalitsu, a lens supplier for Apple's iPhone 14, reported revenue of NT $5.231 billion in November, up 20 percent from a year earlier
Transsion Holdings: Established a global strategic partnership with Google to carry out in-depth cooperation in areas such as Android system
Do the most lightweight and smooth system! - MIUI 14 will come soon: The flagship will also be upgraded two years ago
The most popular news this week
Activision Blizzard CEO says Microsoft acquisition will go ahead, FTC allegations are factually incorrect
Experts: do not take ibuprofen if you eat Lianhua Qingdian, separate Chinese and Western medicines
Up to 56 cores! The new generation of Intel processors is coming.
Upgrade second regret! Serious problems after AirPods Pro 2 update
Apple got Sony's flagship sensor! iP15 is now more expected
Ibuprofen does not have to compete for the world's largest production capacity in China: one company is enough for 3.3 billion people.
QQ level first in the world! I responded to make netizens envious: the family opened the Internet cafe
Cook's "no" to Musk: cost Apple 4.4 trillion
AI paintings fetch a record price of 1.1 million! Baidu's AI painting was tested and the result was amazing
Burst! Tesla China discontinues Model Y production