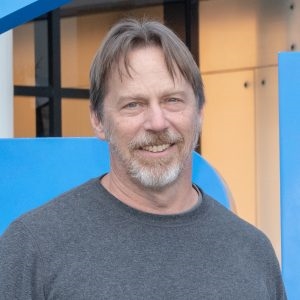 Keller began his career in Dec. in 1998, he participated in the design of alpha21264 microprocessor, which was a processor running at 500hmz with 1GHz memory cache, the fastest processor in the world at that time. This laid the foundation for his later development.

In the same year, Dec was acquired by Compaq, and the alpha project was terminated. Amd immediately recruited a large number of alpha project engineers, and Keller was recruited. During his tenure in AMD, Keller participated in the design of Athlon (K7) processor and became the director of K8 project. The project overturned the 64 bit Itanium chip of Intel (the same article needs to be written in a unified way), which helped AMD to be on the top of the industry for the first time Peak.

But in fact, before the completion of the project, the second year Keller joined AMD, Keller chose to leave and join a start-up company, sibyte, to develop MIPS architecture processor. Later, sibyte was acquired by Broadcom, and Keller became the chief chip architect of Broadcom.

Keller is not satisfied with only working at the end of the chip, he focuses on the development of the times, from the PC side to the mobile side. As a result, he moved to a start-up company a semi, which focuses on mobile processor development, as chief engineer in 2004.

In 2008, Apple plans to get rid of its dependence on chip manufacturers and acquire the PA semi team to design its own A4 / A5 series chips, which are used for mobile devices such as iPad, iPhone, iPod and Apple TV. Keller is the person in charge of the a series chips.

In 2012, Keller joined amd again to develop high-performance and low-power processor cores, leading the development of Zen architecture. Just like leaving amd for the first time, Keller chose to leave before the chip based on Zen architecture was officially launched, and then transferred to Tesla research automotive chip to help Tesla launch the AI chip far beyond GPU.

After leaving Tesla, Keller joined Intel in 2018 and led the team to focus on the integration and development of SOC. After two years, Keller chose to leave again. This time, as before, Keller may leave something or march into a new field. 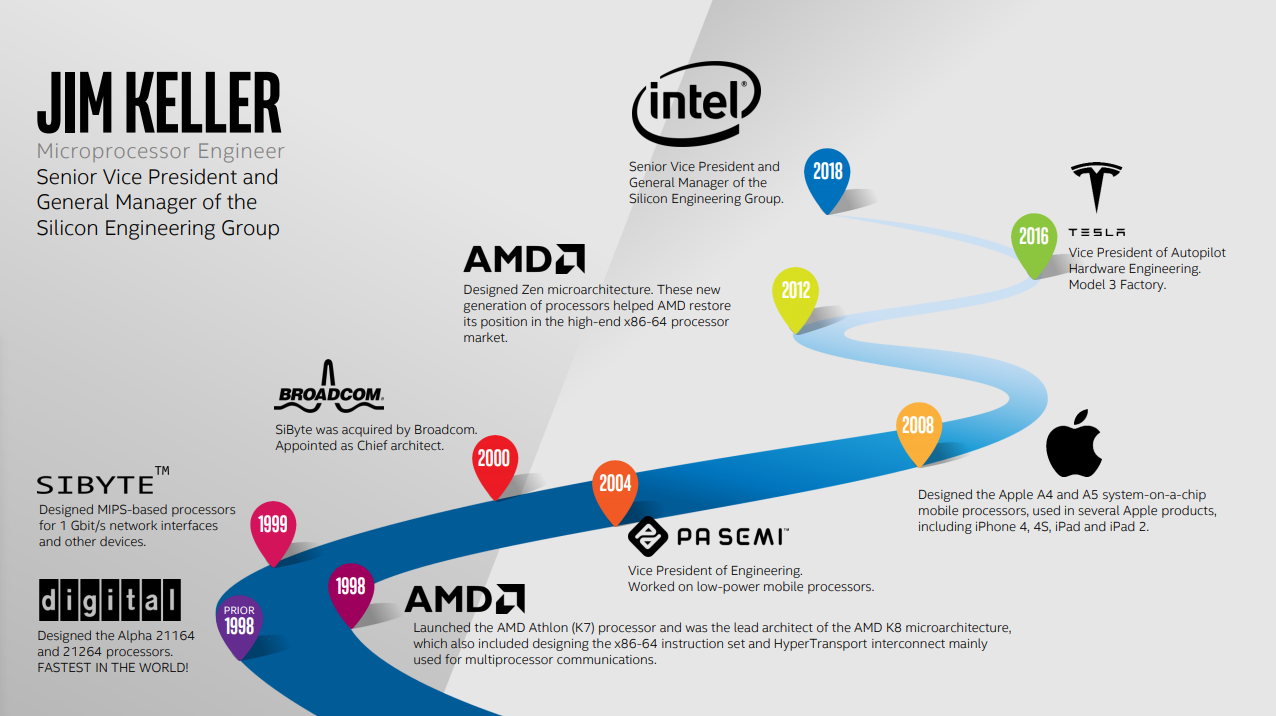 When we look at Keller, what is Keller thinking?

The semiconductor industry is a capital-intensive, technology-intensive and talent-intensive industry, and when it comes to chip designers, it seems to match a master's and doctor's degree, but the chip star's education experience has only one line

We are also curious about Keller's reasons and motives for choosing to leave one company or join another?

In response to this issue, Keller said in numerous interviews,In the course of his career, there is no so-called plan, which is random work and interesting experience. His plan is just to know people, feel where they are, and do something interesting. Keller's work ethic is to focus on interesting questions, and to pay attention to the details and problems in design.

For him, Apple's attraction lies in jobs and smart mobile devices, while Intel's attraction lies in its scale. He was hired as vice president of silicon senior engineer at Intel, and there are many SOC teams and CPU teams to perform the work, which has a lot of room for him to play.

Now that I left Intel for personal reasons, I wonder if Keller has found the next more interesting place.

Where will the next stop be?

Just like Keller's work principle, we can't wait for the moment when new technology and new products are officially launched, and we will turn our attention to new directions and find the next exciting, so-called interesting thing.

As for the next step, Keller may turn to AI chips again to open up the new field of artificial intelligence; perhaps return to AMD for the third time to solve some new problems; or return to apple to help Apple turn from Intel processor to arm processor.

No matter where the next stop is, the action of the chip star is always expected.