Microsoft has started to push Mn to insider testers of fast ring channel_ Preview version of the release branch.The full name of the "Mn" prefix, manganese, is the internal code for the 20h2 service pack, due later this year. After that, the development team will focus on the 21h1 update next spring.According to a leaked blog post, Microsoft will deliver the iron version to fast ring's insider testers starting in June. 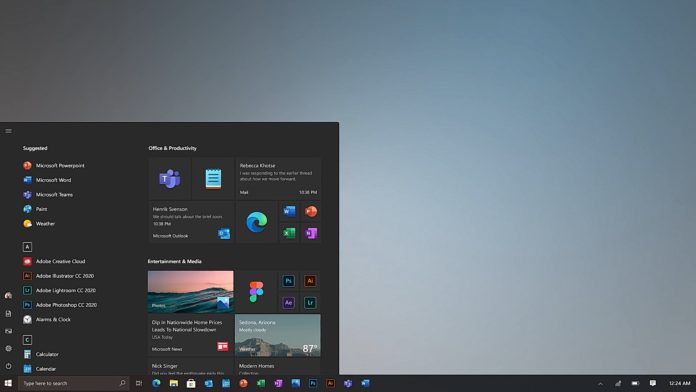 Even so, eye-catching people have found references to windows 10 21h1 (build 20141.1000) in the first party application update package, indicating that the first preview version of 21h1 is coming or within a few weeks of the original plan.

Although Microsoft insider's schedule may change, for now, the windows 10 21h1 preview update appears to be on the way.

As the windows insider team showed earlier this year, we expect to see a significant change in the start menu next year.

In addition, the update mechanism of windows update will also make some adjustments to make the upgrade process faster, so as to reduce the long waiting time of users during the update installation.