Is the market value of hundreds of billions of dollars really overestimated? 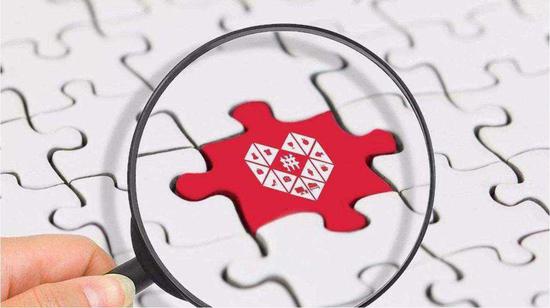 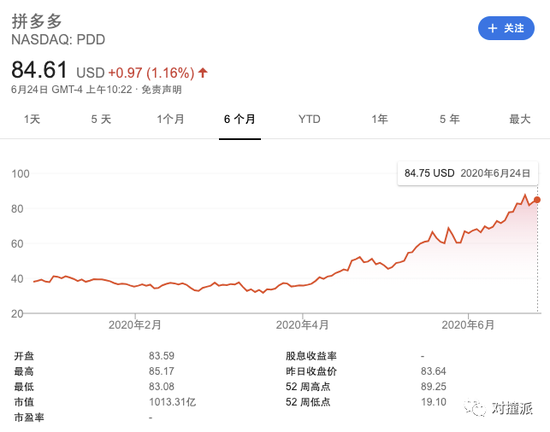 At the same time, Huang Zheng, who holds 43.4% of pinduoduo's equity, is also rising all the way.

By 4 p.m. on June 21, according to Forbes real-time rich list data, his fortune had reached 45.4 billion US dollars (321 billion yuan), and Ma Yun, who was over 55 years old at one stroke, became the second richest man in China, next to Ma Huateng, 48 years old. 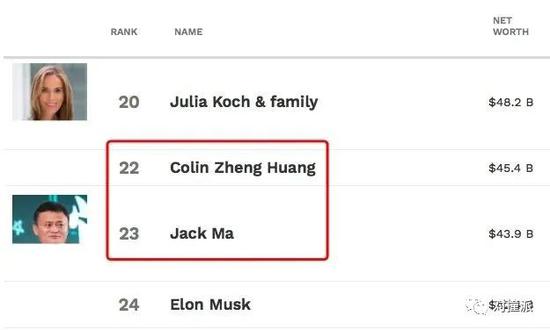 And Huang Zheng, 40 years old. I don't know how many people are envied by the breath coming from the waves behind me.

But then there was a flood of questions. Many people think,

What's more, we have already started to short and fight for Duoduo, but in front of the upward share price of Duoduo, we can imagine the end.

So, is the market value of 100 billion US dollars overestimated or underestimated?

Today, we'll talk about this. Let's start with the conclusion

Before we begin to answer these questions, let's look at a set of data: 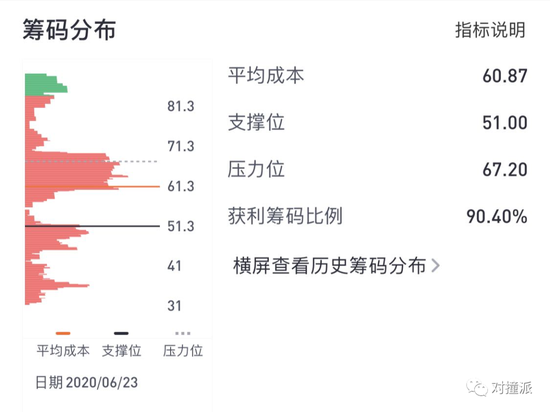 This means that 90% of investors holding pinduoduo's current shares are profitable at present. Combined with the closing share price of the day ($83.64), their average yield was 37%.

From this point of view, pinduoduo does bring benefits to most investors.

If you have friends who buy pinduoduo stock early, you can ask them to buy dinner. (Dog Head)

At the same time, it revealed another message: nearly 10% of the chips came in at the peak of pinduoduo's stock price.

That is to say, pinduoduo's share price has risen to such a level that some people are willing to get on the bus. They are obviously optimistic about the future development of pinduoduo.

For them, the future trend of pinduoduo is very important, which directly determines whether they are imprisoned at the top of the mountain to become a matchmaker, or whether they can enjoy the bonus of fast development of pinduoduo.

Can they get what they want? I'm afraid the answer is not so optimistic. 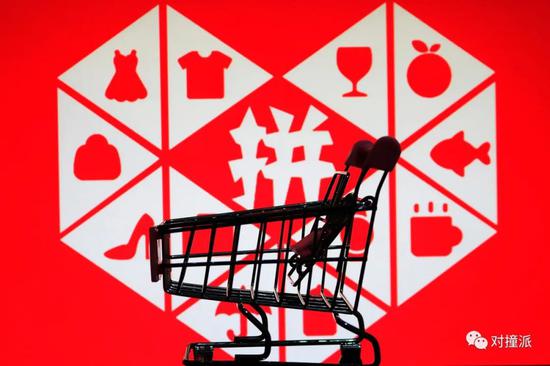 Generally, mature and profitable companies can use P / E (P / E ratio = share price / earnings per share) and P / b (average p / E ratio) to value, that is, to see whether the share price is reasonable through the company's profitability.

However, the company that has not yet achieved profit obviously does not apply this method, so the income based P / S (market rate = share price / revenue per share) is usually used as the basis for relative valuation.

Compared with companies that sell products directly, the main business model of the e-commerce industry is the provision of services, so a P/GMV model is derived as a method of valuation.

GMV is an acronym for total merchandise trade (Gross Merchandise Volume), usually written down as

Although this method is vulnerable to brush orders and false transactions, but it is better in the applicability, can be used in the e-commerce industry in the various companies, easy to compare the situation of companies, but also become investors to use more valuation methods. 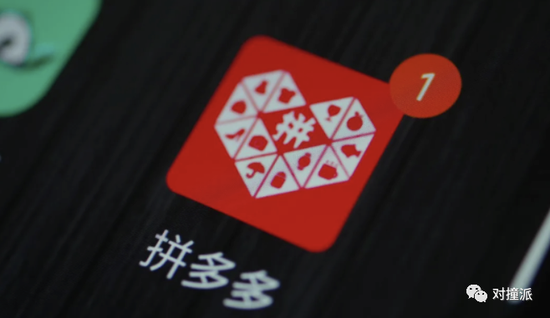 Compared with Alibaba and Jingdong, the figure is significantly higher.

First look at the situation of Alibaba, its business is more diversified, the market valuation of its not only e-commerce business, but also Ali cloud, ant group, big entertainment and other business, so need to open them first. 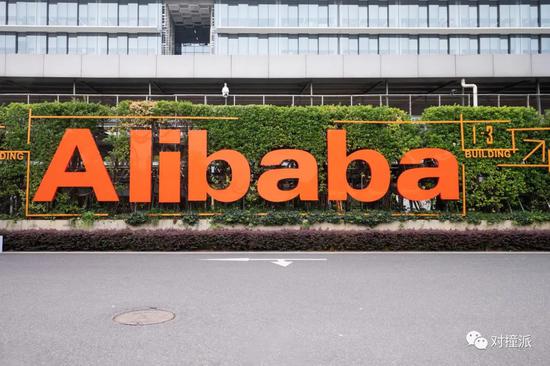 For Alibaba cloud, revenue in fy2020 is RMB40 billion, and Morgan Stanley's valuation is $77 billion.

In terms of culture and entertainment, the revenue in fy2020 is 26.948 billion yuan, compared with iqiyi's marketing rate of 4.24, the estimated value is 114.4 billion yuan.

For the new retail (local life) business, the valuation was $30 billion when it was set up in November 2018, and the momentum of the two years is not optimistic, temporarily calculated at $30 billion.

In other ways, Ali's stake in investment companies, such as Didi's ($45 billion valuation)5% stake ,$2.25 billion, and the layout of overseas retail, are not high in Ali's overall market value, and are no longer counted separately here.

Excluding these core businesses, the market value of Alibaba e-commerce business is about 406.6 billion US dollars. In the financial year 2020, Alibaba's Gmv exceeded US $1 trillion, with the overall P / Gmv = 0.41. 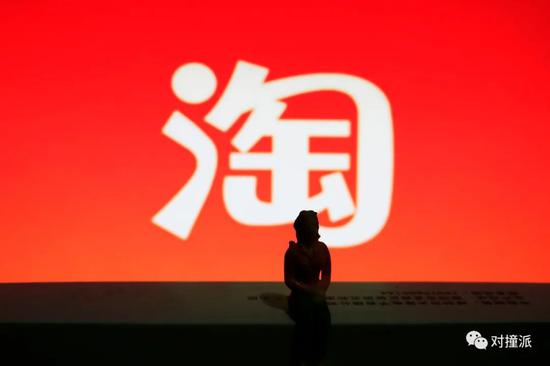 Looking back at the pinduoduo 0.7, equivalent to JingDong more than 2 times ,70% higher than Ali, belong to the industry is very high level, in a very preferential state.

Combined with this data, pinduoduo's reasonable market value range should be between $84 billion and $88 billion, and the current $100 billion is overestimated by 14-20%.

On the contrary, if pinduoduo wants to maintain the current valuation level, Gmv should reach at least 1.16 trillion yuan.

However, valuation is not only about a single indicator, but also the future development potential of the company. 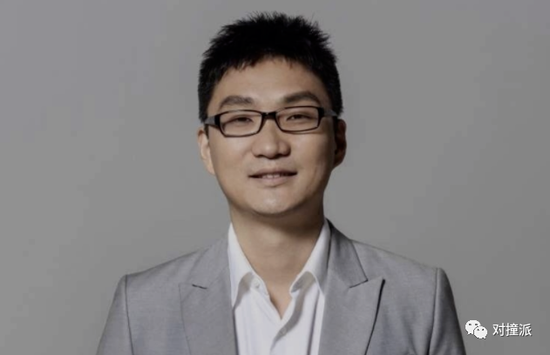 If pinduoduo can maintain the growth rate of Gmv in 2019 (113%), this goal is obvious, and the market value will reach about $190 billion.

Compared with now, there is still 86% room for growth.

Of course, this is only a fairly preliminary analysis, not an investment proposal, for your reference only.

Finally, let me show you a set of data: