With the advent of the cloud era, the demand for storage capacity of enterprises is showing an explosive growth trend. In addition, new technologies such as artificial intelligence, big data, video monitoring and 5g also promote the development of storage. On the other hand, both the cabinet volume of the server and the hard disk bit of the personal computer are limited, so the easiest and violent way to improve the storage capacity is to purchase a larger hard disk.

At present, there are two 16TB mechanical hard disks on sale in the world, one of which is Toshiba mg08aca16te. We will make a detailed evaluation of Toshiba's 16TB hard disk today. 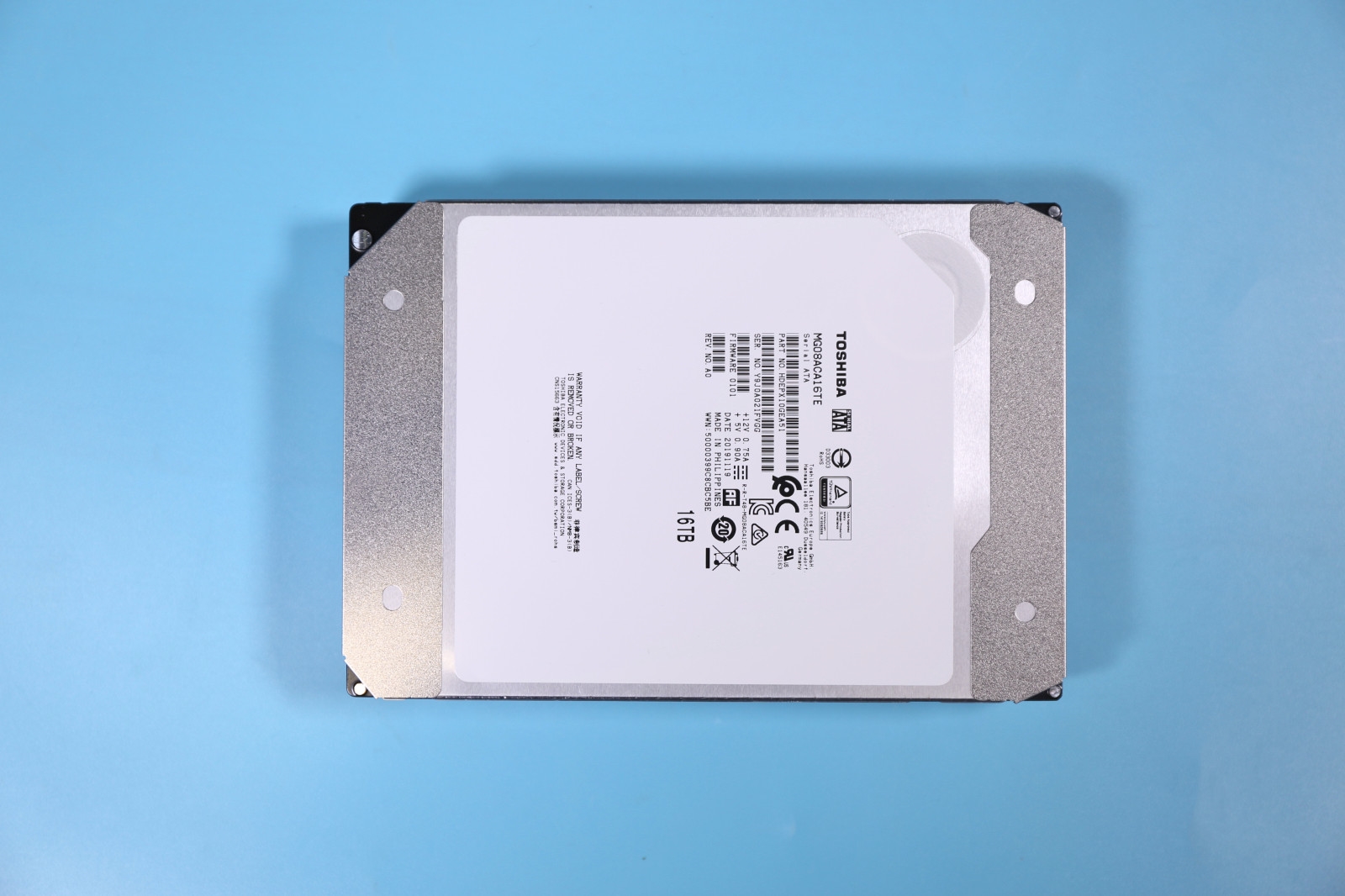 MG08, as the second generation helium filled sealing product series of Toshiba, has the following characteristics:

The sector size of traditional small capacity hard disk is 512bbit. However, a sync / dam area and an ECC error check area need to be separated between the sector data, which takes up 65 bytes in total. That is to say, the real available storage space of each sector is only 447 bytes, and the utilization rate is only 87%.

Unfortunately, the current operating system does not support the 4K bit sector format, so there is 512e, which means emulation. Simulate the 4K disk as 512, so that the system thinks it is 512 format, so as to ensure the compatibility of the hard disk.

In order to reduce the number of mechanical heads reading and writing disks and improve performance, DRAM cache is usually added. The domestic hard disk is generally 64MB cache, while the enterprise hard disk cache is increased to 512MB, which helps to improve the overall read-write performance and improve the service life of the hard disk.

The capacity of mg08aca16te is 16TB, the capacity of single disc is 1.75tb, and there are 9 discs in total. MG08 series hard disk adopts the second generation helium filled sealing technology of Toshiba. With its advanced precision laser welding technology, it ensures that helium gas is firmly sealed in the hard disk shell.

The density of helium is only 1 / 7 of that of air, which can greatly reduce the resistance acting on the rotating shaft of the disk. Therefore, the MG08 series hard disk rotates more smoothly than the general hard disk, and consumes less power and temperature.

At the same time, due to the smaller internal resistance, the speed of mg08aca16te hard disk has also reached 7200rpm. Under the 7200rpm specification, the read-write speed is as high as 262MB / s, which is far better than the ordinary domestic hard disk.

The parameters of Toshiba MG08 16TB hard disk are as follows: 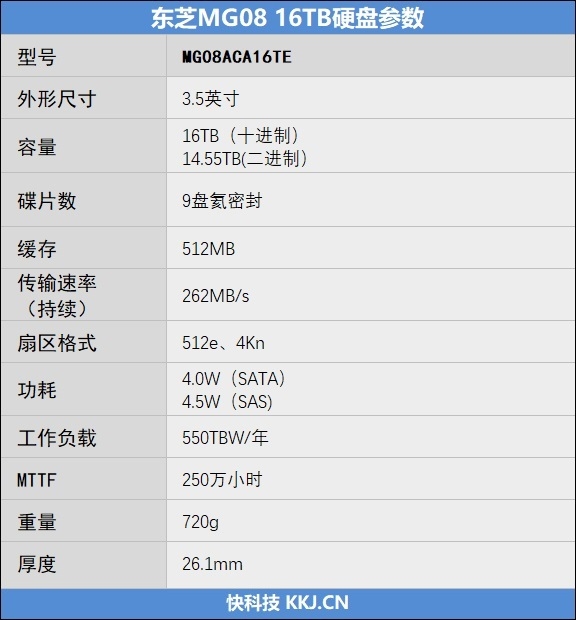 Domestic SSD does not lose at all! Real fragrance measured

The latest SSD sales ranking: Samsung is only the eighth best

These four windows operations will damage the hard disk. Do not do them

Worthy of a generation of classic memory card! Still durable