Selling business out of multinational market 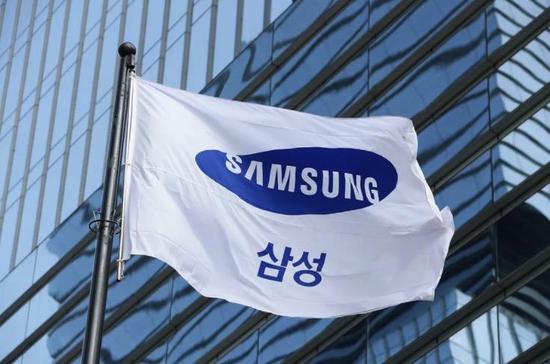 Two weeks after the 618, Apple, which took part in the concessionary event, told handset makers with a surge in sales

But behind the huge volume, Samsung's life has become more and more difficult. In 2014, Samsung not only left the No.1 smartphone sales seat in China, but also began to sell its own business.

In 2014, Samsung began selling its non-core business, putting its four subsidiaries in the petrochemical and military industries

In 2016, Samsung Group, the largest shareholder of Samsung techwin, sold its shares to Hanhua group. As a result, Samsung also completely withdrew from the military industry.

In September 2016, Samsung announced to sell the printer business to HP for us $1.05 billion;

In November of the same year, Samsung sold its PC business to Lenovo and then completely withdrew from the market.

Today's Samsung, in addition to relying on semiconductor advantage is still strong electronic business, other industries are bleak. Although Samsung's mobile phone sales are still in the first echelon in the global rankings, in April 2020, Huawei still took the top position in global smartphone sales from its grip, and this situation continued in May.

This means that Samsung's electronic winter may be coming.

The position of the electronics industry has always been technology-oriented. The development of new systems and new interactive logic can smash Nokia's business empire into pieces overnight. As the Android side that brought Nokia down, Samsung is a meritorious Minister of the smartphone empire.

Ten years ago, China's Shanzhai economy was also synonymous with Huaqiangbei's electronic products. In addition to Samsung, apple, Motorola, HTC and other manufacturers, non fake Chinese smart phones are firmly controlled by ZTE, Huawei, Lenovo and Coolpad. But at that time, China United cool mostly relied on the mode of operators binding contract machines to occupy the market. Low quality and cheap assembled mobile phones had no advantage in front of international manufacturers with core technology and complete integrated industrial chain.

In 2011, the birth of Xiaomi 1 made these changes. Every year since then, Xiaomi has released its own new machine. After the Xiaomi 2S, which is known as the first generation of Shenji, was released in 2013, Xiaomi took the top selling position of SamSung the next year. In 2013, it was the year that Samsung fought for the market with Galaxy S4, which had a bad reputation.

It is needless to say that the sales volume of Samsung in China has been declining year by year, and it has gradually lost its sense of existence. The trend of domestic market competition has also shifted from fighting against apple to the Warring States period when local brands were fighting each other.

Some analysts believe that the low price beat the giant Samsung, and the rise of Chinese local brands is the main reason for Samsung's failure in China. But when compared with apple, this analysis is hardly tenable. Unlike Samsung, as the most expensive mobile phone, apple still has a huge consumer market in China.

The reason why Samsung and apple have a different ending in China is that the flash point of Samsung mobile phone is no longer enough to support its price. Although Samsung has been trying to increase its product premium through various attempts, in the Chinese market, it is often taken as a typical failure by Chinese mobile phone manufacturers.

From the release of Samsung Galaxy note edge in 2014, the curved screen entered the field of vision of mobile phone market; in 2018, the hole digging screen design of Samsung Galaxy a8s became another screen innovation after Apple's iPhone x Liuhai screen; and to the folded screen Samsung Galaxy fold with technology imagination in 2019, jumping into reality from the propaganda film of concept mobile phone. Samsung has been working hard and trying in industrial design.

However, as a result, the curved screen almost died, and the hole digging screen had a mixed reputation. The folding screen with spotlight effect, because of the hinge door that turned black and flowery, made Samsung fall into the most serious question about quality control and safety after the battery explosion of Note7.

Throughout Samsung's attempts since 2013, most of them focus on the screen. Although there are also aspects related to the system interaction logic, Samsung's one UI system has never been the strongest competition with other brands.

As one of the few autonomous cores in the smartphone market, Samsung's attention on its own chip exynos is obviously not as much as on the screen. This year's release of the Samsung Galaxy S20 full line with the Qualcomm snapdragon 865 has also become Samsung's first mobile phone to abandon the dual core strategy, which means that Orion's voice is further reduced within Samsung.

This strategy shows that Samsung is eager to prove itself. After all, the improvement of appearance is obvious, but the improvement of internal skill is not easy to detect. Different from Apple's design concept, Samsung's radical strategy leads to a serious sense of material accumulation in mobile phones. The industrial design of dazzling technology is in sharp contrast to Apple's low-key and connotative product language. As a result, Samsung can't beat domestic mobile phones in terms of cost performance, and it's hard to beat Apple's technical capability in terms of product tonality.

Samsung, which lost sales in China, may lament the loss of market share, but may not feel regret for it. Samsung has always been a very subtle attitude towards China. Although the distance between China and South Korea is not far away, the commercial feelings between them seem to be separated by thousands of mountains and rivers.

Since August 24, 2016, explosions around the world have made Samsung Note7 a time bomb to carry around.

On September 2,2016, Samsung announced that it had recalled 2.5 million devices sold worldwide, but not China. After an interview with China's AQSIQ on September 14, Samsung recalled 1857 Note7. sold in China On Sept.19, Samsung's public-relations credentials reversed, and Samsung tested them to Chinese users

Although the final result is that Samsung note 7 in China is still fully recalled, the twists and turns in the middle process and the damage to the feelings of Chinese users are still an indelible business memory.

Samsung's Note 7 battery gate incident, with a surprise test, let Samsung hand in the answers that Chinese users are not satisfied with. Perhaps due to Samsung's different understanding of eastern and Western cultures, Samsung's status of being held in heaven at home has made its attitude towards the Oriental world more rigid and stubborn, and sometimes even points to itself.

Prior to Samsung's Galaxy S20, Samsung had been adopting a dual core strategy on its high-end computers. The machines exported to overseas countries all choose the high pass snapdragon series processor, while the domestic machines adopt the exynos (Orion) processor developed by ourselves.

As Samsung's attention to chip R & D has declined, in the process of years of competition in the chip market, exynos (Orion) has been more and more difficult to compete with the Qualcomm Series in the actual performance. Samsung resolutely chooses to provide higher quality products to overseas markets, which means that Samsung attaches more importance to the western world.

As a large family business, after gaining internal reputation, it is Samsung's next goal to get more peripheral attention and support. More advanced hardware combination, more preferential promotion activities and better after-sales service are all inclined to overseas Western markets. For this reason, Samsung once became the sales leader of smart phones in overseas markets.

However, with the rapid rise of China's mobile phone manufacturers, a large number of smart phones composed of Huawei, Xiaomi, Yijia and other mobile phone manufacturers have begun to make efforts in overseas markets. Samsung may face the pressure only in the Chinese market, and sooner or later it will experience again in overseas markets, and the arrival of this day may not be far away.

So far, Samsung is still one of the most important members of the Android mobile phone camp. Its advantages in semiconductors are enough to make it unable to be easily surpassed in the short term. But Samsung's industrial contraction in recent years and the cold of electronic business are also the manifestation of greater hidden crisis within Samsung.

For Samsung, there is no need to worry about facing competitors in South Korea, as if all the crisis is caused by external competition. This is a misunderstanding and a dead corner in Samsung's vision.

Samsung's decision to give up exynos will not only cause dissatisfaction within the group's chip R & D department, but also hurt the feelings of Korean local users.

As a hereditary family business, Samsung Business King's dream has been in Korea for too long. This will lead to the loss of insight into their own environment and lack of crisis awareness, and thus fail to see the real crisis that may exist in the future.

Today's Samsung has many similarities compared with Nokia in those years. It is also a giant business group in China, with industries in all aspects; it also has a high reputation in the world; it also has a core technology in a certain field, and has an insurmountable core advantage. But it still can't stop Nokia's rapid decline around the world.

As Samsung, no matter how cruel the external pressure and competition is, the attack from home is the real decline

Start. The radical product strategy may be able to get more opportunities to appear, but only its own core advantages can be a solid basis for an invincible position.

Because of this, it will not be a good signal for Samsung whether it is to give up its dual core strategy which has lasted for many years, or the radical and crude product development plan.

With the in-depth study of user experience, Yijia takes the screen refresh rate as the breakthrough of screen revolution, and sets a new industry standard for smart phones. After that, 60Hz, 90hz and 120Hz are all written into the description of mobile phone configuration as a parameter.

The smooth experience hidden under the screen is a proper and delicate thought, and relying on its own manufacturing strength, insisting on the transformation of the screen shape rather than the actual experience is a kind of industrial waste. The commercial road of Samsung is more and more biased, just like a grain of sand blown into the eyes by the whistling north wind. It can not see the core advantages, nor can it focus on the real crisis. It's time for Samsung to stop and rub its eyes, wash the fog with tears, and carefully examine the present self and the future of destiny.